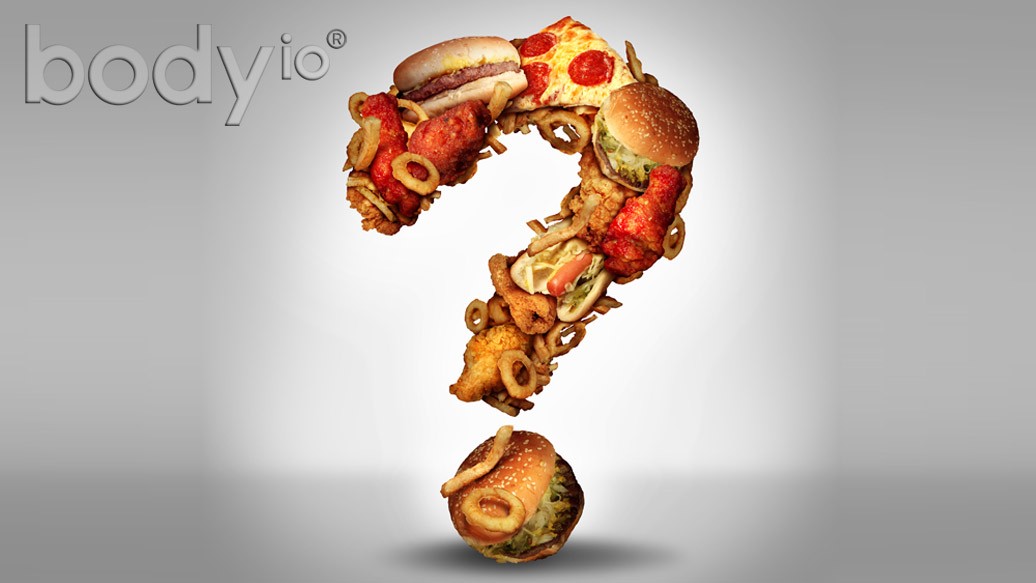 Hi my name’s Kiefer and I have a weakness for fast food.

’m lying. I have a penchant for fast food. What did you expect? I grew up as a fat kid in the Midwest where my parents took me to McDonalds, or a now-forgotten fast food chain called Burger Chef as a reward. To this day, when I smell McDonalds, I experience the nostalgia of family dinners, mini-celebrations and of an escape from the doldrums of a tiny town isolated in an ocean of cornfields (getting away from the smell of the hog farm down the street didn’t hurt either).

Now, at 40, I still enjoy the taste of a Filet-O-Fish, or a sack of them. I’ll sometimes eat four before even leaving the parking lot. I enjoy a diet where once every two or three months (and sometimes more often) I can satisfy my inner fat kid without consequence. That’s why I say that on Carb Nite® or Carb Backloading™, there is no food that you can’t eat…once you understand how your body works.

This principle defines a key component of health: resiliency. Such excursions should either cause no harm or be beneficial. Health experts who complain about explosive diarrhea after being maliciously assaulted with sponge cake, or the miraculous formation of moobs after drinking a single cup of mycotoxin infected Starbuck’s don’t seem very healthy, and they sure don’t conjure images of bulletproof. Sure, they may do okay if society suddenly blows up, but in their current natural environment, day to day life is a struggle.

If you cannot thrive easily in your environment, you are less healthy than those who do.

In other words: why live like a caveman when you can be an alpha predator in the modern world? Isn’t that why we train? Cavemen didn’t have squat racks or Brazilian Jiu Jitsu. We train to be better adapted to the modern world. This begs the question then…

How Does Fast Food Fit Into the Modern Athlete’s Diet?

I used to struggle with this question, but after developing CBL, I found a simple answer: it fits at night. Is it dark outside? Have you trained today? If both are true, then fast food is safer than it normally is, assuming you don’t live above the Arctic Circle where you might experience 30 days of night. I explain why you can eat more junky foods at night in CBL and I’ll expand and elaborate in CBL2.

For a fit athlete, fast food should make little difference if eaten in moderation and sometimes, depending on the lean mass of the individual, even when eaten to excess. An athlete’s body differs significantly from that of even a healthy person who doesn’t train; the gulf widens when considering unhealthy individuals. We should assume that the athlete’s body handles swings in food quality and composition better than most.

Brown and colleagues demonstrated this to a certain degree in endurance athletes[1]. Over a three month period of training, half of a group of 32 cyclists shifted calories from 69% carbohydrate and 15% fat to 37% carbohydrate and 50% fat; the other half did not. After three months, no differences in body composition occurred between groups. Although this trial lasted only a short time, we see this phenomenon in real life. Athletes enjoy greater flexibility in what they eat.

Now we can understand why fitness gurus who only deal with athletic clients might assume that nothing matters but calories, not the macronutrient makeup. These observations, both in the lab and in the gym, unfortunately reinforce this myopic concept of calories-in, calories-out. (This, of course, is false—you can listen here for an explanation).

Researchers showed that for metabolically deranged people, food quality can make a big difference[2]. The difference in endocrine response (specifically the magnitude of the insulin response) from the two meals—one fast food and the other a gourmet alternative, both equivalent in macronutrients—varies according to body fat content: the more healthy the participant, the smaller the effect of food quality.

For athletes, even during critical feeding periods, I would hypothesize that short lived deviations from ideal dietary conditions should make little difference. This is an important hypothesis because the answer helps to consolidate information we already know. Otherwise we might make a naïve response to this article that tested the premise[3], calling it pointless, worthless or as someone recently commented, “This is about the dumbest thing I’ve ever read.”

In the paper, Cramer and colleagues tested two post training meal protocols, one made from sports supplements (Peanut Butter, Gatorade, Cliff Shots, Powerbars and Cytomax) and one made up of pancakes, hashbrowns and burgers, fries and a Coke.

Granted, both meals contain primarily junk, but in the public eye, Gatorade, Cytomax and so on, are seen as pillars of a healthy, performance-enhancing diet. Even one of the worst protein shakes ever made, in my opinion, Muscle Milk, occupies shelf space in convenience stores across the United States. The vast majority of athletes would avoid the burger and fries, and shout expletives at the thought of drinking a Coke after a workout. Cramer’s paper, however, says they’re wrong to do so.

The results show that no observable difference occurred between groups. The two diets were composed, as much as possible, of the same macronutrient profiles. Even with the short duration of the study (about three and half hours performed twice, one week apart), this provides us valuable information. Small deviations in diet will not hinder performance. I would argue that they actually help.

The current article testing food quality on athletes, unfortunately, considered endurance athletes and defined recovery in terms of glycogen repletion. Endurance athletes possess a hyped up enzymatic and epigenetic environment allowing them to get what they need from the meal they eat, quality be damned.

Resistance training, however, is still an open question where recovery depends on both meeting glycogen needs and protein turnover needs. People naïve enough to assume there’s no difference between trained and untrained individuals might mix studies and come to the conclusion that protein type and quantity don’t matter, as the authors of these papers mistakenly did[4,5]. With the right insight, we would know that mixing this type of data should give counterintuitive, or null results—i.e. such reviews tell us nothing at all.

I would again guess that a well-trained athlete exists in a supercharged state allowing them to meet their nutritional needs regardless of food quality and, to a certain degree, timing (assuming the diets use the standard protocol of mixed meals throughout the day). This needs to be studied.

Until we have more solid results, we can glean evidence from experience. Strict religious-like adherence to six meals per day of specifically calculated macros and food sources can be relaxed from time to time. In other words, on the right diet, and with training, you thrive easily in the modern world.

I wish I had known this when I was trying to consume seven meals per day, scared to go on vacations or take road trips because I’d be without my precious post-workout shake or my storage containers of chicken, rice and broccoli. The health of my body far exceeded the health of my psychology.

If It Fits Your Macros

Of course, if If It Fits Your Macros (IIFYM) adherents take naiveté to new levels and if they haven’t already, it won’t be long before they parade this article around as proof that food type doesn’t matter, only macros, recommending Twinkies, Slim Jims and Poptarts at every meal while Dr. Joel Fuhrman—the die-hard vegan—spins in his grave*.

That’s not what these papers say or suggest. The researchers demonstrated that a small deviation (two meals distanced by a week and multiple training sessions) makes little difference. Don’t take these results to mean that consuming junk all the time is without drawbacks or that it won’t impact your training.

There are many reasons we could expect the results found in this research independent of food type: the participants were athletes, they were in an altered thermodynamic and metabolic state and they consumed meals in the first phase of the two-phase process of glycogen recompensation, which is crucial for endurance athletes, like the participants in this study (I’ll delve deeper into the two-phase process, but not until CBL2 is released).

Over longer periods, particularly throughout our life and definitely in our youth, food quality significantly matters. Dr. Bruce Ames talks at length about his triage theory of aging and even demonstrated the theory in action (which is what makes it a theory—he found proof)[7-9].

I won’t discuss the lengthy topic of triage theory here, but at its core, it says that mitochondrial damage from a lack of micronutrients over time predisposes the body to complications of aging and exacerbates others. At all stages of our lives, we should be concerned about the quality of food we eat and the supplementation we take.

Now, in the present, sick mitochondria will degrade your performance over time. If you have any serious long term athletic goals, combine them with serious dietary goals.

Context is everything. Yes, I eat fast food without consequence. You probably can too. You just need to know how your body works in a way that allows you to do so in a healthy way. If you’re athletic, you definitely can.

And sure, IIFYM may not cause problems or even slow progress in the gym for a few months or even a year, but if you choose to adopt this philosophy then when I’m 60, I’ll have the pleasure of saying “I told you so”, as I carry your walker while helping your prematurely aging 40 year-old body up the steps.