Killing Your Buzz: How Coffee Is Making Women Fat 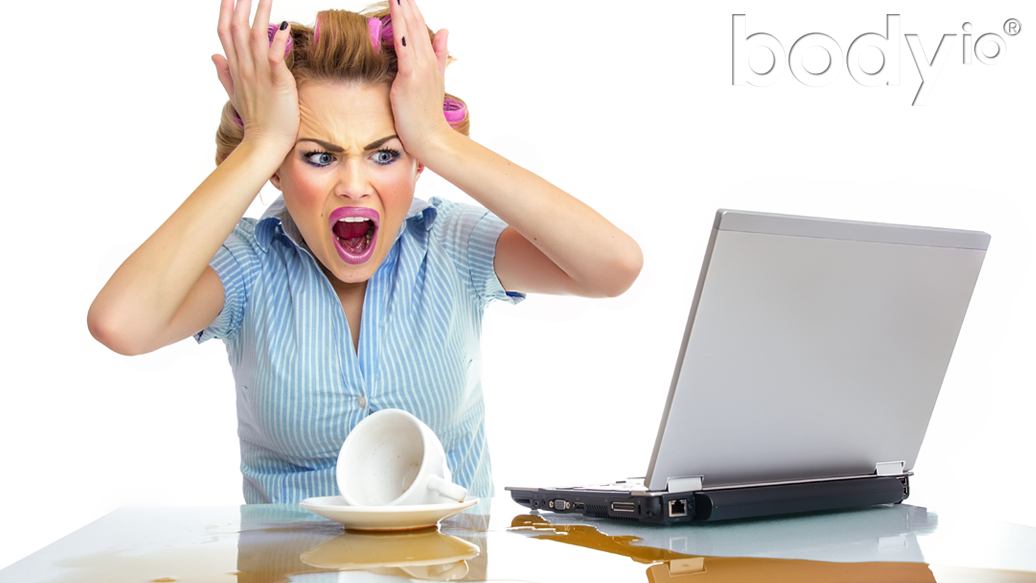 bet you don’t even know why you drink coffee. Be honest. After polling clients and friends, I found that most people started drinking coffee seemingly because it’s “an adult thing to do”, almost a rite of-passage into adulthood.

There is a problem with coffee, however, which no one wants to acknowledge: too much can have negative consequences. While it improves health and body composition in some, it contributes to weight gain and disease in others. There is an incredible amount of individual variability when it comes to coffee and health, which is what I’m going to explain in this article. At the end of the day, if I’ve learned one thing from female friends and clients, it’s that women can only thrive when coffee consumption is under control.

Trust me, I need coffee…

I feel your struggle. Coffee gives us caffeine, which affects us physiologically by reducing fatigue, increasing blood pressure and inducing alertness, but it also impacts us psychologically by making us feel energetic and prepared. The “need” to drink coffee every morning stems from a desire for these physical sensations, but more notably, as the result of the psychological dependence developed through weeks of consistent abuse. After developing this tolerance and becoming addicted, a lack of caffeine will make you feel tired, weak, and bring on splitting headaches if you go too long without a java hit. The undiscussed part of this morning-stimulating story is that the human body produces the same effects as caffeine every morning in the presence of a natural cortisol spike, which occurs 30 minutes after waking[1]. Morning coffee may intensify the effects of this spike, but a cup of joe’s main job is to fend off symptoms of withdrawal (which feels great). You may think you need coffee, but in reality, your body is just craving a drug.

Caffeine in the body

Do you think you’re special? Caffeine certainly thinks you are, because everyone metabolizes the drug at a different rate. The half-life of caffeine, or the amount of time it takes the body to metabolize 50% of the substance, is determined by the activity of a particular liver enzyme in the human body that varies a great deal from person to person. About half the population is made up of slow metabolizers, while half are considered “fast”. That said, it is a sliding scale, depending on the activity of the enzyme: it’s estimated that 20% of the population is super fast and can metabolize any amount of caffeine within a few hours, whereas there exists another 10-15% on the other end of the spectrum who can metabolize little-to-none[2].

It’s also important to know that the half-life of caffeine is typically around 4-5 hours, although it can be as low as 2 hours in fast metabolizers and 12 hours in slow metabolizers[3,4]. Based on these numbers, one cup of coffee is enough to keep caffeine in the systems of some people for an entire 24-hour span. Not only would this be uncomfortable, but it would also impair sleep and disturb countless important metabolic processes. Super-slow metabolizers aside, consuming caffeine within 6 hours of bedtime will lead to sleep disruptions for almost anyone[5].

To further compound things for women, men have more enzymatic activity than their female counterparts[6]. Taking this one step further, both oral contraceptives (e.g. birth control) and pregnancy can double the time that caffeine stays in the system. If you’re a woman who falls into either of these categories, consider yourself a very slow metabolizer of caffeine.

All of this essentially means that 1-2 cups of coffee is more than enough for 80% of the population, with women being less tolerant to caffeine than men. If you consume more caffeine than this amount, sleep quality, and body composition will suffer.

For those who aren’t particularly concerned with body composition, fear not; caffeine metabolism has other, more profound effects. Although I’m sure you’ve heard that coffee is good for your health, there’s an important caveat: these results only apply to fast metabolizers. When slow metabolizers abuse caffeine, they actually become more susceptible to complications associated with high blood pressure and risk of heart attack[7,8]. Additionally for women, you should remember that excessive caffeine consumption during pregnancy leads to a higher risk of miscarriage, and for those of you who aren’t pregnant, caffeine exacerbates painful PMS symptoms. I’ve seen this first-hand with several overstressed female clients, so if your cycle is extremely painful, take this information to heart.

If you care about your long-term health, slow caffeine metabolizers (especially women) should never drink more than one cup of coffee per day. 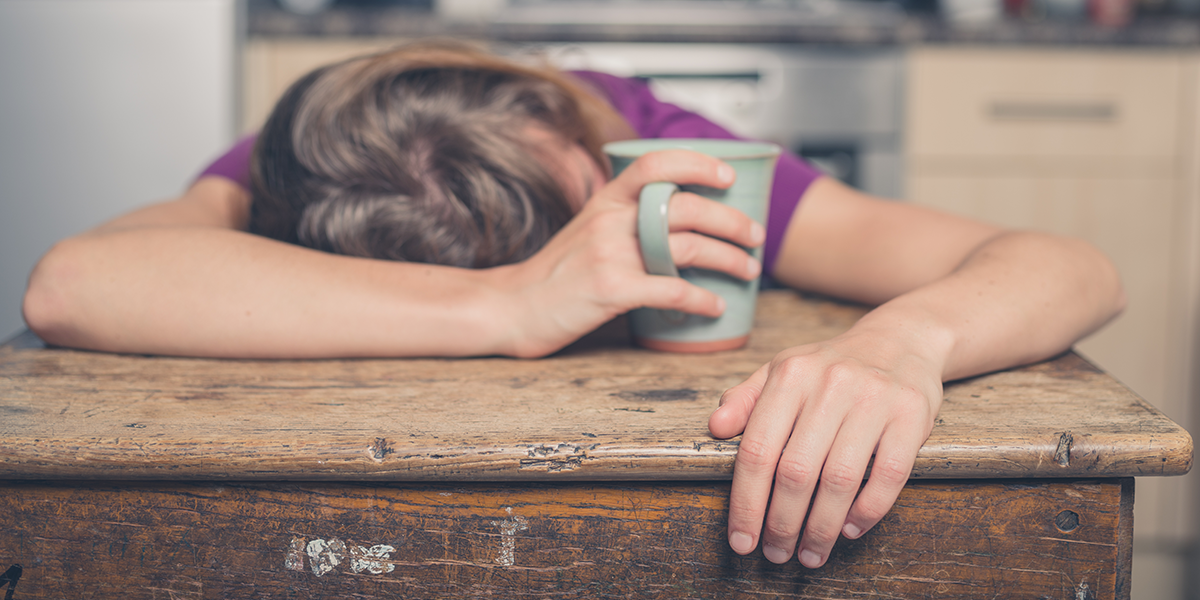 I’m going to be blunt about this:

Ladies, if you’re a slow metabolizer of caffeine, coffee will make you fat.

The big culprit here is our friend cortisol– a catabolic hormone released by the body in response to stress. As mentioned earlier, cortisol levels naturally peak after waking and decrease throughout the day. We want to allow this rhythm to occur as naturally as possible, but stressful situations in daily life elevate cortisol and lead to additional spikes. If stress is too high for too long, this effect inevitably impairs body composition. Caffeine compounds the issue, because it also transiently spikes cortisol levels. For this reason, the best time to drink coffee is first thing in the morning, when it acts to further boost the natural fat-burning window provided by cortisol[9].

Adding extra caffeine and more cortisol on top of life stress will, without question, lead to an even higher level of stress and will encourage fat storage. If you’ll refer to my article from a few weeks ago, this is a recipe for disaster. You may think that coffee is giving you more energy to power through your stress, but it’s actually making you more stressed, screwing up your sleep patterns, and creating a vicious cycle that is detrimental to overall health and body composition. In the middle of a busy workday, coffee should be viewed as an added stress, as it compounds the stress-reaction in the human body[10].

Please also note that adding carbohydrates to the mix (via sugar in coffee, for example) creates an even worse situation in the body. When cortisol and insulin are elevated simultaneously, you’ve created the ideal environment to pack on body fat. Caffeine aside, this is just another reason to look into The Carb Nite® Solution and Carb Backloading™ for optimal body composition results.

In case you’re not already convinced that you should pull back on your coffee intake, excessive cortisol levels also affect the production of the female sex hormones, estrogen and progesterone. Cortisol is produced via the breakdown of pregnenolone, which is the precursor for the production of both female sex hormones. When cortisol is high due to stressful situations, excessive exercise, caffeine consumption, etc., sex hormones are inversely low, because they’re being cannibalized to create cortisol. This results in lower overall circulating hormone levels and a lopsided estrogen-progesterone ratio, which will chronically lead to increased body fat[11].

What does this mean for you?

For those wondering how to determine individual caffeine metabolism, DNA testing (or caffeine-specific testing) can be purchased at various places online. Without paying for these tests, you’ll be left guessing, but if you’re a slow metabolizer, the body gives you both physiological and psychological clues: If you notice your heart rate elevate after drinking coffee or if you feel the desperate need to drink coffee every morning, then you’re almost certainly a slow metabolizer. Listen to your body and limit your consumption.

In summary, if you’re male and a fast metabolizer, feel free to drink a few cups of coffee every day– even one in the afternoon. If you’re a woman with a typical metabolism, on the other hand, not only can excessive coffee consumption skew your sex hormones towards fat-storing dominance, but it can also compromise your health. To be clear, there is zero benefit for women to consume coffee after the morning hours, as having caffeine after lunch will damage your health and make you hold on to body fat. Period.

As a fellow coffee lover, I would never want to force my clients to derail their morning routine. If you’re attached to the taste, but know you’re a slow metabolizer, here’s the compromise: Have a regular cup of coffee every other morning and a cup of decaf on the mornings in between. It might not allow you to enjoy coffee as often as you like, but you get to maintain your moderate caffeine fix, as well as your body composition and your health.

I understand that energy can get low and that life can feel hard, but please remember: Coffee is not a panacea. If you can’t start your day without a cup of coffee, you surely shouldn’t be drinking much of it. If you care about your health and longevity, take a step back and focus on why you’re so dependent on caffeine and fix the issue at its core. Perhaps you have poor sleep patterns (perhaps these are even caused by your coffee intake) or maybe your diet is causing inflammation and lethargy. In any case, there are underlying reasons for everything and it’s up to you to use the information at hand to improve your health and daily wellbeing.

Coffee intake may not seem like a big deal, but if you’re a slow-metabolizing female, not only will caffeine stunt your body composition goals, but it could also have detrimental long-term effects on your health. Yes, we live in a society where coffee seems “cool”, but consider your individual priorities and goals before mindlessly ordering that shot of espresso after lunch.