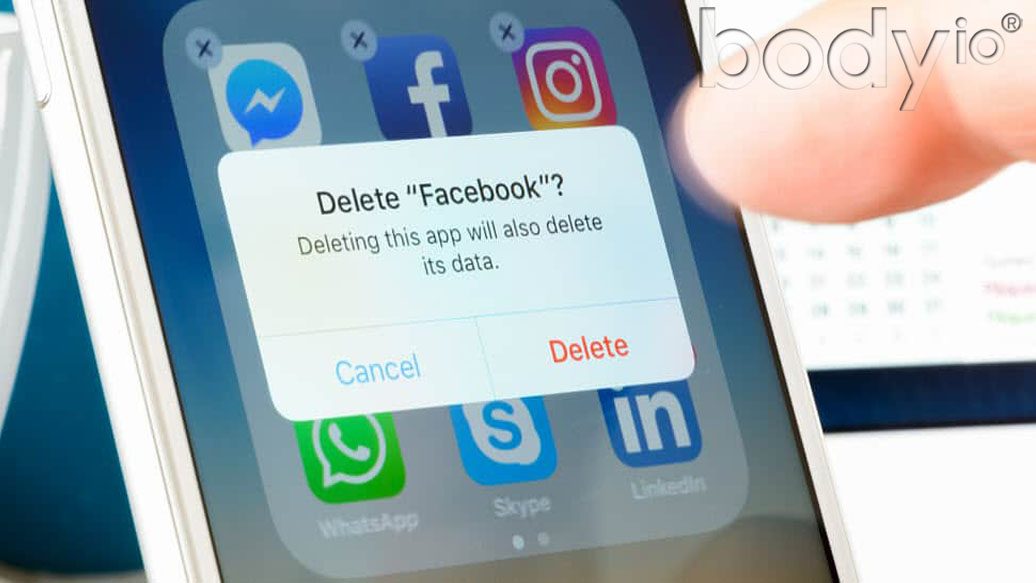 am officially leaving Facebook. This includes abandoning the Body IO Facebook page. Not that this changes much. If you can glean anything meaningful about me from the digital world, it’s that I don’t participate in social media. I even bought the domain antisociali.st a couple of years ago when I was steeped in one of my more cantankerous moods. One day, I’ll do something with it.

Unlike all other internet diet celebs, I spend the vast majority of my time deep in the trenches trying to forge a new paradigm for the field of health and performance; as I’ve come to understand it, science can no longer treat these as separate fields. Constantly checking Twitter, posting on Facebook or posting gym selfies and plates of food on Instagram ad nauseam all represent distractions from my goal. But I have more pressing reasons why I feel I must completely exit from the Facebook sphere.

Advertising Dollars at all Cost

Facebook (and it’s subsidiaries, like Instagram and Whatsapp) contribute to many social issues today, none of them positive. Want to know the probability that a teenage girl will commit suicide? Just see how often she uses Facebook and Instagram; it’s a powerful correlation, one that even tracks historically. As cell phone and Facebook usage among teens grew, so did the suicide rate.

Socioeconomic disparity consumes news cycles, political rhetoric and uncountable hours of inane, uneducated social justice warrior rants, and fuels the popularity of public figures promoting something called Socialist Democracy. Journalists rarely mention, however, Facebook’s illegal use of personal data to create a “marketing score” akin to a credit score, used in the same way, and sold to banking and loan institutions. Investigations reveal that Facebook allows scammers to target the most economically insecure for educational loans costing 2 to 3 times the price of a traditional brick and mortar school. The unsuspecting person clicks the ad thinking they have a chance to improve their lot in life, only to end up with a worthless degree and saddled with hundreds of thousands of dollars of student loans that even bankruptcy fails to ameliorate. Facebook hasn’t stopped there.

Have your Healthcare premiums gone up recently? Or have you noticed? If you use Facebook, they either have or they will. They’ve also come up with a pseudo health score designed to analyze any and every group to which you might be classified, and of all the groups, the one with the worst health (and therefore highest premiums) becomes the basis of your health score, conveniently sold to Healthcare and health insurance providers. Are you an online coach helping people primarily with health problems or obesity and related conditions? Did they friend you? Well, no matter how healthy you are, your health score is that of your clients. Get ready to spend a couple extra grand per year for Healthcare or maybe even an extra grand each month.

Of course, it’s hard to ignore the part Facebook plays (intentionally) in political turmoil and the undermining of democracy. And you don’t need to consider whether or not foreign agents were involved. Facebook intentionally developed a business model to identify, cause and then exploit these effects. Why? For advertising dollars.

These group associating algorithms define the Facebook business model. By finding strong group associations by statistical correlation, Facebook feeds you content to amplify and deepen that particular group association. In doing so, Facebook can ignite heightened levels of inter-group animosity. Once their algorithms classify someone as entrenched in their group ideology, Facebook exposes the person to just enough articles from opposing groups to spark ire. These groups split even further, becoming polarized to the point of near irreconcilability.

Negative emotions proliferate and addict. Negativity attracts attention, and people become addicted waiting for group approval. And the process spirals out of control.

There’s been a purge of senior management recently at Facebook because of these exact issues. Zuckerberg proposed a security movement for the network, promising all content would be encrypted. This sounds appealing, except that it’s a last ditch effort to satisfy regulators while preserving the business model of sowing hatred and discord. Yes, encrypted data is more secure, but it becomes impossible to filter for fake news, polarizing content, illegal political ads…everything that Facebook depends on for revenue. Senior management wanted a better, more sociable social network. Zuckerberg can’t let that happen; it would be the end of Facebook.

The Death of Scientific Inquiry

All of this, on its own, would and should be enough for anyone to want to quit Facebook and its associated platforms. For me, these are sufficient reasons, but in the field of health science and education this manufactured environment of vicious tribal identity excludes any possibility of science proliferating.

Facebook spent years and hundreds of millions of dollars deepening the divides between groups. Now, even if something is worth listening to, or it’s an unresolved issue with a particular dietary theory—an idea worth discussing—if it came from an outside group it generates reactions of ridicule, vitriol and ad hominem attacks. It must first be imported slowly by a trusted group figure before it can be discussed or accepted. Group leaders don’t often import questions or ideas that undermine their platform. Facebook encourages and almost enforces that we sacrifice the distinctive traits that make us human: our ability to think critically, act independently and imagine novel solutions to intractable problems.

Science cannot exist inside such an environment, and it’s dubious to believe that anything resembling scientific debate can occur inside a social network comprised of isolated ideological oligarchies. If the group leaders don’t agree, the group must rise up and denounce it, facts and reality be damned.

I want to change that and create something different, something conducive to science. An educational and scientific community where questions, comments and criticism are welcome, encouraged and respected.

To this end, I’ve brought back comments on the website. To ensure constructive conversations, if you want to leave a comment, you must log into the site and own at least one book in the Body.is portal. When we publish a new article, the author will check comments for a week and answer questions, after which time the comments will close. You can even invite your friends to participate if you feel like they have something worthwhile to contribute (but be careful, if they get banned, your account gets frozen for 30 days).

Let’s start a space where we can have honest conversations about complex topics. Let’s start building toward a future of mutual respect for ideas, serious discussions about issues and solutions that save money and lives rather than this ad hoc tribal garbage that respects neither.