Running in Circles: Caffeine and Performance 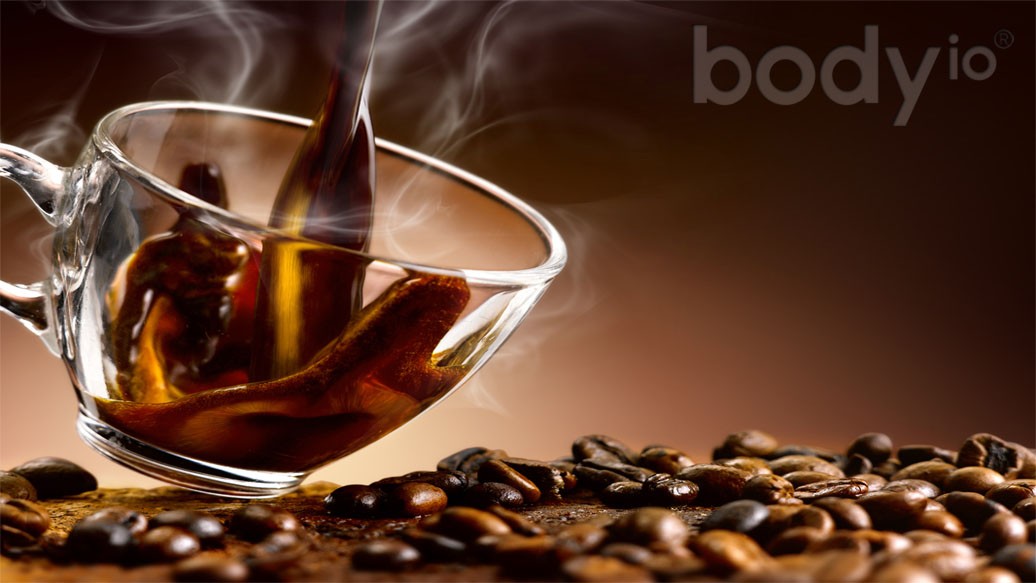 hen I put out content like I did a few months ago, I often receive hate mail from people who assume that I’m strongly against things like caffeine. Given that I love coffee and drink it most mornings, this idea is laughable. Honestly, I love caffeine. In my early twenties, I was told that caffeine would help increase my strength, so it gained huge points there. My affinity only continued to grow over the years as I read about the increased fat-burning effects of caffeine and its other various health benefits. For years, my blind love for coffee grew, and I used the stimulant more and more as a crutch to compensate for my poor sleep patterns and lack of intelligent weight training. As I grew bigger and stronger, my ignorance eclipsed the need for anything but anecdotal evidence.

It was only once I had gained too much weight and realized that I was out of shape and fat-strong did a light bulb finally go off in my head. Maybe I wasn’t doing everything right. Maybe there was more to gaining strength than the simple sum of stimulants, heavy weights and endless calories, so I started doing research. I also started taking better care of my body. I improved my sleep patterns and eating habits and started programming my lifts in a more calculated manner. I did all of this while eliminating pre-workout stimulants, and can you guess the result? Not only did I not suffer any loss of strength, but over the course of a couple of years, I also went from an Average Joe 200-pound milk bag to one of the strongest 175-pound men in the world. It’s a long story, but one that I’m quite proud of.

If you’re “That Guy” at the gym – the meathead with the more-is-always-better mindset and a penchant for crushing energy drinks while telling others they just need to “manup” and lift more – I have no time for you, because you represent everything that is wrong with strength athletics.

As I explained a few months ago, the purported benefits of caffeine shouldn’t just be taken at face value. I’m sure that most readers have heard that caffeine can be good for overall health and can lead to improvements in athletic performance, but is it safe to assume that these statements are true for everyone?

Although it is understood that caffeine increases exercise performance in endurance activities, the research is inconclusive for high-intensity anaerobic activity[1,2]. Some studies indicate that caffeine has little to no effect on strength and power[3,4,5], whereas there are others that demonstrate a significant ergogenic effect[6,7]. The most interesting research, however, indicates that caffeine can actually help maintain power output, even when your carbs are depleted [8]. As we know, carbs are necessary for high-intensity output, but caffeine has demonstrated an apparent ability to tap into reserve anaerobic energy stores when carbs are exhausted, attenuating any decreases in power performance[8]. This is a phenomenal finding and can be a huge advantage for athletes in many sports, notably those like CrossFit, where glycogen often becomes depleted before the competition is over. It’s also beneficial for anyone using a nutrition protocol, such as The Carb Nite® Solution, where most training will be done while carb stores are low.

With the evidence at hand, I understand why most people maintain the belief that caffeine improves performance and that more must always be better. Although logical, this approach is unfounded and misguided. Over time, the human body builds up a tolerance to caffeine, meaning that you have to continue increasing the dosage to get your desired result. This is called the law of diminishing returns.

Just as you feel less alert from caffeine over time and extended use, the performance benefits you can reap will also begin to dissipate.

As Kiefer has mentioned in the past, you’ll find that overusing caffeine does dull the chemical’s once powerful ergogenic effects[9]. Most studies fail to control for this important variable, which could explain why we see such a range in results from test subjects[2]. More research needs to be done, but since we know that the human body becomes tolerant to other effects of caffeine, it makes sense to believe that significant performance gains will only be seen by non-habitual users.

How much caffeine is safe to consume before you become tolerant to its effects? As I’ve explained before, this will vary a great deal between individuals, and genetics also play a huge role. If you are a fast metabolizer of caffeine, you will become tolerant less quickly than a slow metabolizer, but rest assured, anyone who relies on caffeine every day will be minimizing any potential performance-enhancing benefits[10].

If you read this information and think that you’re the exception to the rule because you “know” that caffeine continues to help your strength in the face of chronic overconsumption, don’t forget our old friend, the Placebo Effect. Consuming caffeine before a workout might not help you physically, but it could give you a mental edge[11]. Simply believing that you’ve taken something to boost your performance can give you an advantage, even if you don’t experience a physiological effect[12]. You could use this as an argument to continue abusing caffeine before your workouts, or you could screw your head on straight and correct the issues that are causing your dependence on the drug in the first place. This would then reopen the door for legitimate performance enhancements from caffeine when you actually need them (e.g., during a competition).

Call me crazy, but I’d rather improve my overall health and competition performance than parade around as just another overcompensating gym hero.

The take-home lesson here is two-fold. For one, never believe something to be true on the mere notion that most people accept it as fact; common knowledge doesn’t always stem from common sense. Secondly, if performance is your primary goal, then you should learn to cycle your caffeine intake. For most people who lift weights, the easiest strategy is to decrease your caffeine in the same weeks that you decrease your training. For slow metabolizers, it is also advisable to avoid daily caffeine consumption; instead, you should save it for use as a pre-workout boost once or twice a week.

As a general rule of thumb, the less you rely on caffeine in everyday life, the more it will benefit you in the gym.

At the end of the day, my one request is that you not be “That Guy” slamming back energy drinks before every workout. Not only are you failing to get any performance benefit from the beverage, but you’re also inflaming your entire body with whatever vicious chemicals are contained in that oversized can. If you fit this description, you have no credibility whatsoever, and you’re setting a terrible example for other young lifters. Take a step back, fix the underlying lifestyle factors that are causing your need for a crutch, and evolve from being “That Guy” to “The Guy.”