Be Open Minded About Your Training 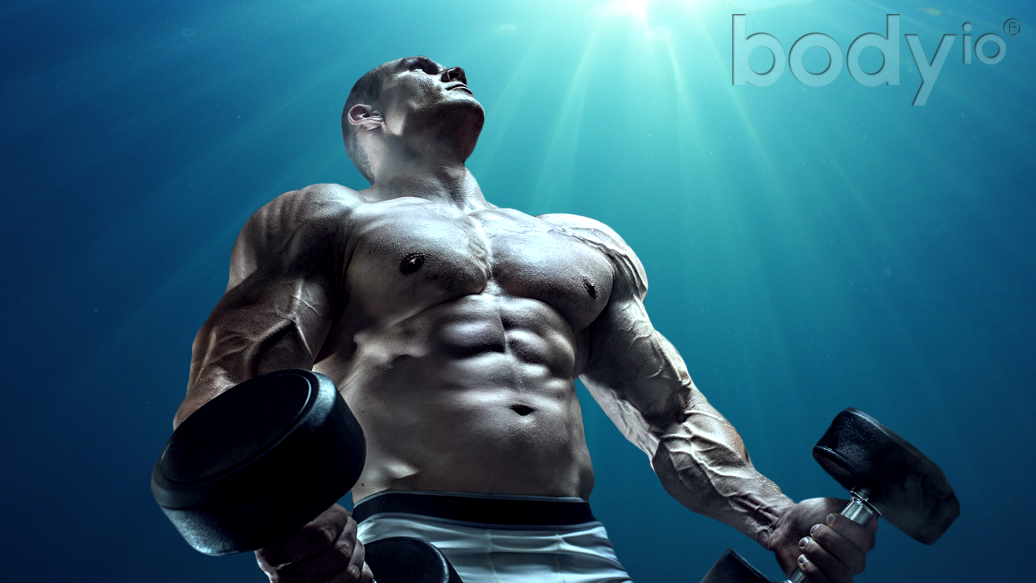 n any great undertaking, there is always a moment when you shift from amateur guesswork to genuine expertise. That growth is often the result of a long journey towards personal development and an almost scientific approach to finding the next big thing – something that may even be life-changing. Perhaps you’ve experienced it yourself, that dramatic shift between moments of self-doubt and uncertainty to confidence that you never thought possible. Everything seems to fall into place, and you boldly move forward on the path that has suddenly opened up before you.

It is important to remember that every great idea starts somewhere; every unforgettable figure in history took stumbling, humble steps at the start of their journey. At some point, Kurt Cobain was just a junkie strumming a guitar in a garage. Bill Gates didn’t start as a billionaire; he worked from the ground up, despite the countless people who questioned and doubted his ambitions. Everyone starts somewhere, even Big Jon Andersen, whose Deep Water training method might be seen as just another guy’s idea of an intense workout.

Just as those other great figures changed the way that people looked at the world, Jon’s unflinching dedication to his system, which he has meticulously shaped through trial and error over the years, can similarly change the way that people approach health and fitness. His training philosophy is not only highly effective for physical strength, but also for mental toughness and emotional strength.

Perhaps I should give a bit of backstory. I first met Jon in the same way that I meet most new people in my life: lifting weights. The thing is, there aren’t many places in Northern California where people lift serious weights, but I was fortunate to find the Marin Weightlifting Center. From world-class weightlifters and Olympic judo champions to professional baseball players and amateur athletes, this space provides a supportive and challenging environment for every range of skill and goals.

I met Jon at the Center in 1996, and the friends I was with were immediately awed by his massive physical strength. Now, I was used to people at gyms thinking that they were indestructible giants, but I had to admit…Jon was really big. I weighed somewhere around 130kg, but standing next to him made me feel like I’d never lifted a weight in my life. I watched my friends load up more than 180kg on the power rack and set the pin at nipple height. It seemed like an impossible weight, particularly without a single warm-up rep, but Jon strolled over, grabbed the bar roughly, and violently jerked the bar until it smashed against the pins. He did this three or four more times, as though to prove to the observers that his first success hadn’t been a fluke. The Center had gradually realized that something special was happening, and a small crowd had gathered to watch the show. I couldn’t deny…it was impressive.

Jon was one of the strongest people I’d ever encountered, and a great deal of his confident attitude came from a genuine fearlessness, something I had rarely seen so clearly, except perhaps in the legendary Tom Gough. After seeing his abilities, I wanted to recruit him, but after our first interaction, I could see that the slow, methodical grind of an Olympic weightlifter was not the sort of lifestyle he was chasing. He had much bigger plans in mind.

However, over the following years, we became friends in the place that we knew the best – beneath a barbell. I coached Jon in Olympic lifting and he taught me…well, I suppose a lot of things, although at the time I thought he was slightly crazy. In fact, there were times when I thought he was trying to kill me. His approach to lifting was something I had never seen before, and frankly, I never thought that I would be able to keep up. That “experimental phase” was one of the most challenging and rewarding times in my life, and I’m certainly not the only person who has benefitted from his training. Take Olympic weightlifted Kristen Lane Newman, whose amazing story I’ll share with you shortly.

As for my experience with Jon, despite not believing that I could keep up with the extremely rigorous pace and intensity of the workouts, I made it through because of his constantly supportive attitude and refusal to let me quit. In terms of my mental toughness, Jon instilled in me one very important lesson: the most important tool you can take into a gym is an open mind.

What you need to understand about the Deep Water training method is that it is highly unusual and unlike anything else that you’ve probably read about or seen. It consists of high-volume high-intensity lifting with very short rest periods, requiring me to push through the inevitable pain and challenge myself to go further and harder than I’d ever thought possible.

Even knowing that I would be in for something extreme every day, there were still times when I had to laugh in his face when I heard what he had planned for the day.

“Sorry, Jon, you’ll have to repeat that,” I would sincerely say into the phone, “because I thought you said 10 sets of 20 in the front squat. I couldn’t have heard that right…”

He wasn’t joking, and an hour later, after I managed to scrape myself off the floor, I had to admit that I could hardly believe what I had accomplished. It felt amazing.

Being afraid of some pain wasn’t an option; it wasn’t a question of whether or not it would hurt, but rather where it would be coming from. For me, the worst ones were squats and Olympic lifts…sets of 30 in the snatch with 90kg, power clean and jerks, or push set press sets until I could barely feel my hands. The things I was doing were incredible, and it didn’t take long for me to be a believer, albeit a sore one.

My physical fitness was at an all-time high, my strength was increasing every day, and I was somehow managing to slim down. I had always been on the overweight side, and as a top-level weightlifter, I had come to accept the fact that I would always be a bigger guy. I had tried every fitness plan and diet in the past, but I inevitably carried around more weight than I wanted…until I started training with Jon, that is. There was something insanely effective about the Deep Water training and eating philosophies. After seeing that his methodology could work for other people, Jon experienced the proverbial “light bulb moment”…he realized that his theory could become a philosophy. He wanted to help people find solid ground on which to stand as a way to improve their physical wellness and mental strength.

His confidence and resolve to spread the Deep Water training method began around that time, which is why I often refer to myself as his first success story, although he calls me his first victim. Since then, he has helped countless people push through the Deep Water training system and find the same sort of amazing results that he and I have. Jon hasn’t slowed down or peaked – he is in the best shape of his life and continues to improve by remaining faithful to his own Deep Water method.

That being said, the Deep Water method isn’t for everyone, particularly if you aren’t serious about working hard and pushing yourself to the limit. However, if you want to maximize your potential and achieve seemingly impossible things, then Deep Water might be just what you’ve been looking for. 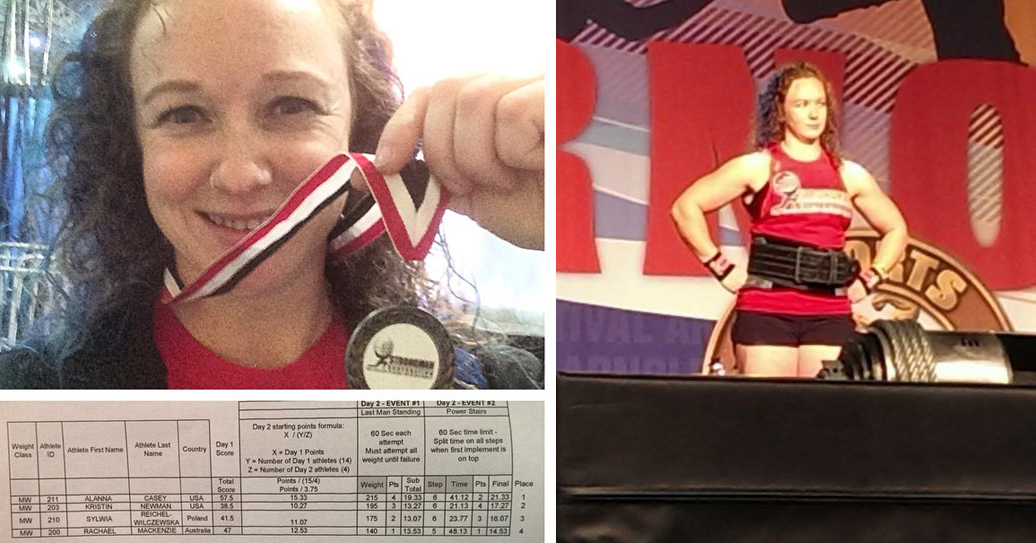 As I mentioned earlier, I’m not the only athlete who has “seen the light” after training with Jon Andersen. The Deep Water method also helped Olympic strong-woman, ballet dancer, and power lifter Kristen Lane Newman, who combined her natural physical talents and endurance with the intensity of Jon’s method to achieve some of the greatest success in her career. She prepared for the 2015 Arnold Sports Festival with Jon, and the results from her training with Deep Water are astonishing – she has become one of the strongest women in the world.

Most of the successful strongmen and strongwomen in the world spend years honing their skills and shaping their bodies to be practically superhuman in their abilities, but Kristen went from a ballet dancer to a world-renowned strongwoman in less than a year. Yes, she went from an amateur, first-time strongwoman to a global icon of the sport in less than twelve months. She had first approached Jon for some professional advice on strongman modalities, but after seeing her potential, Jon convinced her to give his Deep Water methodology a try. He had seen something in her – a depth of will that she had yet to explore.

Jon calls those moments “portals”, like a doorway between what you have done and what you can do, the grey area that spans your fears and fatigue, the place where your pain barriers typically draw the line and force you to stop. Kristen was reluctant at the start, but once she saw the results, she was hooked. She embraced the high-intensity conditioning program in preparation for the 2015 Arnold Classic, but she still had some reservations.

She didn’t want the drastic physical fitness shift to affect her strength levels, but after finishing the competition as the second strongest woman in the world, her fears were certainly put to rest. Her endurance, brute strength, physical fitness, and mental toughness were all at an exceptional level thanks to the Deep Water training that she had adopted so willingly.

The bottom line is simple – Deep Water works. If you’re looking for rapid and wildly impressive results in terms of your strength, physical fitness, and weight problems, Deep Water provides a high-intensity, highly effective approach for anyone willing to put in the work.

You don’t need to be an athlete or an Olympic competitor to get real results from the system; it can be adjusted for anyone who has the drive and determination to push through the pain and achieve things beyond their wildest dreams. From soccer moms to international superstars, Deep Water can change anyone’s life, just as it has done for Kristen and I.

Give it a shot…you have nothing to lose and everything to gain!

Jon is recognized internationally as a strength athlete, professional wrestler, IFBB pro bodybuilder, and author of Deep Water Method. Jon transformed himself from a scared, fat weakling into a physical juggernaut.