Post Arnold Strongman Results: The Good, The Bad and The Heavy - Part 2 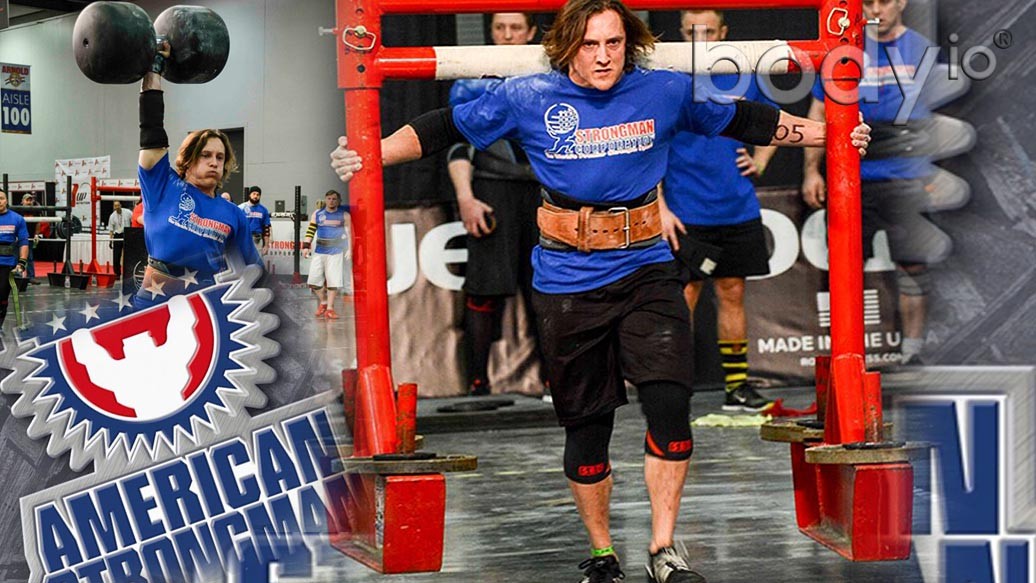 In our last article, covering the week leading up to the Arnolds, you were in a good state of mind. You had a couple of quick training sessions scheduled before driving to Ohio. Nutrition and recovery was your focus that week. Did that play out the way you wanted it to?

A: Everything leading up to the competition went as planned. I got the training I needed and got adequate rest. No regrets on my preparation at all.

Q: You drove to Ohio on Wednesday and weigh-in was on Thursday morning. How was that? Did you have any concerns about making weight?

A: I actually spent Wednesday night in Cleveland and drove the final two hours to weigh-in on Thursday morning. I was already at 174 two days before weigh-in, and ultimately weighed-in at 172 without much effort. In hindsight, I probably started my water taper a bit early, but my body responded incredibly well to this cut, far better than in the past; I was up to 190 on Friday the 27th and down to 174 less than four days later—my body has never lost that much weight in such a short period of time.

Q: That’s a lot of weight change in just a few days. How did you rehydrate and refuel for the competition?

A: Weigh-in was done at 9:30 a.m. and I immediately began rehydrating. I had two rehydration stacks prepared and drank those three liters over the course of the first two hours following weigh-ins while eating at a breakfast buffet. The rest of the day was much of the same, drinking a lot of fluids and eating enough to replenish my body. By Friday morning I was definitely back to normal.

Q: Give us a quick rundown of how you physically and mentally prepared the evening before competition day. What was going through your head?

A: We had a rules meeting at 7 p.m. on Thursday night. I didn’t get back to my hotel room until 9 p.m. I like to get as much sleep as possible before competitions, and given that I had to be up by 7 a.m., this didn’t leave me much time to socialize. I had my final meal of the night (beef and oatmeal with some chocolate), did some yoga and mobility work with bands, took a shower, and right before bed I laid down and went through the competition in my head; I visualized how the events were going to go and pictured my success. After that, I went to sleep and did my best not to think about Strongman!

Q: Walk us through some of the events of Day 1.

A: Day 1 started off a bit shaky. I woke up around 5 a.m. feeling extremely uneasy. I went back to bed until about 7, but I wasn’t feeling right. I took my HRV (heart rate variability) when I woke up and sure enough, it was in the tank. I still don’t know what the problem was, but I think it was a combination of nerves and something I ate, or I could have been poisoned by Patrick Castelli (my top competition) the night before, which is totally plausible (joke). Regardless, I went through my standard morning routine. Circus dumbbell went well, but five reps was the bare minimum that would have been acceptable to me, and I missed my sixth rep. Leading up to the yoke I felt terrible. My legs were Jell-O, but I managed the third best time and hit my goal of breaking 20 seconds. The farmer’s carry was my real issue; I was plenty prepared to carry 260 per hand and to do it fast. Everyone was dropping the new farmer’s implements that they decided to use this year. After the competition, a rumor started floating around that they incorrectly weighed the implements and that they were actually 27 lbs. heavier per hand than they were supposed to be. No excuses, but this explains why I dropped the farmer’s items three times; I was ready for 260, but 287 is significantly heavier, especially without the right training. Everyone was in the same boat, but it was a change that clearly affected my result. Finally, I got nine total reps at 500 lbs. in the 60-second deadlift medley, and I was pretty happy with that. Once the medley was over, they calculated the points. I was tied for fourth.

Q: In this competition, only the top four qualify for Day 2, right? How did they break the tie?

A: At the rules meeting, they announced that they would pick an event to break the tie, which is open for interpretation. I now wish I’d asked them to elaborate. Regardless, what they ended up doing was a countback, which means they looked at the four events of the day and checked to see who had the best results. My counterpart had actually won the farmer’s, and my best finish was third on the yoke and deadlift, so his first-place finish qualified him ahead of me. I was gutted. With that being said, I made mistakes on the dumbbell and farmer’s, so it’s on me that I left it up to such a random decision.

Q: You mentioned that you weren’t feeling great when the day started. How did that play out through the day? Can you give us some insight into your nutrition during the contest?

A: I was at my worst right before yoke. It was a strange feeling—legs were weak and my stomach was upside down. I’ve honestly never felt anything like it. After yoke, however, I started to feel perfectly normal. Without giving too much away, I handled my pre-and inter-competition nutrition as I do with any contest. I Carb Backloaded the day before, took advantage of this throughout the morning, and had a reserve of food options in my bag like pure dextrose and coconut oil for when I felt I needed them. I don’t like to eat a lot during these competitions, so I rely mainly on fluids. I’m happy with how I handled my nutrition—getting nine reps on the deadlift at the end of the day is proof enough that I was plenty strong right to the end!

Q: I follow you on social media. Many athletes only post videos of their best performances. However you also post videos of the mistakes you have made and note that you have been analyzing them. How do you mentally round up after a competition and how will your experience this past weekend influence your training?

A: I’m my own biggest critic. I went into this competition knowing that I could win and making Day 2 was the only acceptable result. Finishing up top five is great, it really is, but no other placing could have made me hungrier for next year; knowing that I performed well enough and that I scored enough points to qualify but lost out on a tiebreaker is beyond deflating. With that being said, I left Columbus knowing that I’m strong enough and good enough to win at the highest level. I’ve only truly dedicated myself to Strongman for less than two years now; give me another full year to train and improve, and my competition is in trouble. I’ve already dissected my training performance from this weekend and know where I need to improve the most. These weaknesses will be strengths by next March. I could sit around and be disappointed by my result, but all I can think about is my next competition and starting to gain the momentum that will make me a world champion in 2016.

Q: What is your next competition and when is it?

A: My next competition is on April 18th in Columbus, at the Phil Brown Classic, which is being run alongside North America’s Strongest Disabled Man. I’m doing this show in honor of the late Phil Brown, a fellow Strongman competitor and an amazing human being. It will be incredible to compete alongside some of the strongest disabled individuals in the world. Strongman itself is an incredible sport, but these athletes take things to another level. I’m extremely excited for this competition!

Dain, thanks for taking the time to share your experience at the Arnolds with us, and congratulations on being the fifth Strongest Man in the World under 175.