Why Breakfast is Nothing But a Scam 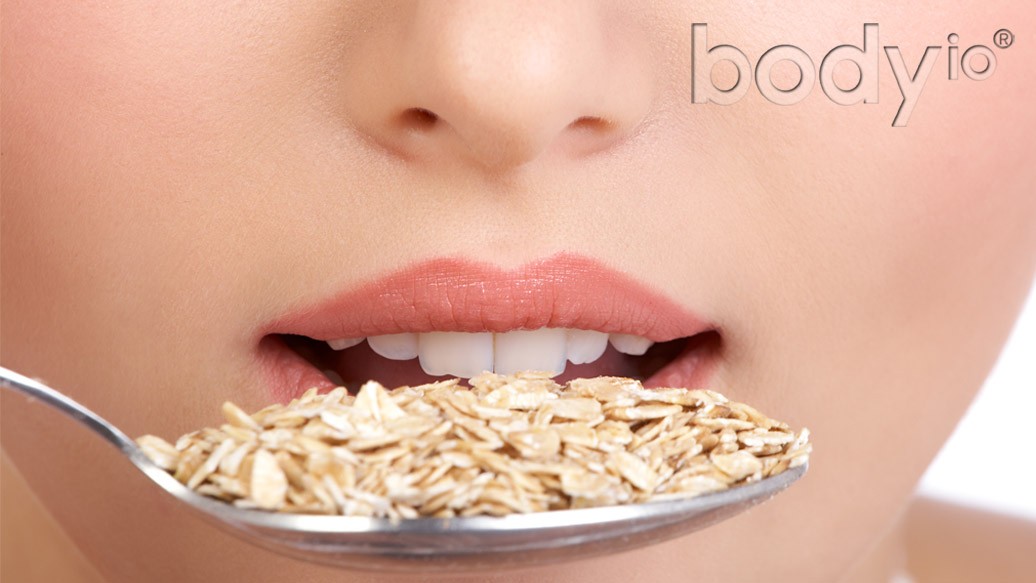 Here’s another updated classic from the archives:

he’s sitting on the opposite side of the bar, by herself, and she’s smoking hot. With her stiletto heels, fishnet stockings, and hang-your-keys-on-them chest, she’s obviously being watched by every guy in the place, whether they’re single or not. This girl I’m envisioning? You’d look. Trust me.

Here’s the thing about science, though. Unless one of these clowns actually takes this girl home and tests the hypothesis that she’s a woman, nobody will know the other side of things: that “she” might, in actuality, be a transvestite.

I use this analogy whenever anyone starts talking to me about scientific research—specifically regarding something I often refer to as the observation fallacy. What typically happens is that all the so-called experts out there use semantics and backward logic to replace proof with mere observation. The problem is that observing something doesn’t actually make it true.

I found this out the hard way after over a decade researching the science behind Carb Backloading™ and Carb Nite®. I’ve also noticed people publishing articles containing their own conclusions about Carb Backloading (CBL)—simply interpreting what I’m saying rather than doing research of their own. Several people have even written random workout plans for CBL without even a rudimentary understanding of how CBL relates to training. Sure, I can observe that your workout will make people tired. But what does that have to do with the science behind this particular program? Nothing at all.

Of course, scientific research begins with observation. Through the centuries, it’s been the observations of scientific giants that started us down paths to advancement. Observation, however, is only the first step in the process. There are two more steps a scientist must take before conclusions can be drawn and the next course of action can be decided:

Step 2: After observing some phenomenon, the scientist comes up with an explanation for what he’s seen.

Step 3: The scientist then tests his explanation in a variety of ways to see if he’s right.

Then, and only then, can we proceed further. This is how science works. In the health and fitness industry, however, this doesn’t seem to be the case. Fitness professionals observe, and then they jump directly to prescription. This is why there’s so much conflicting information out there—so many diet programs, so many training programs, and so much of everything else.

There’s one fallacy borne of observation, however, that bothers me more than most. We call it a healthy breakfast.

THE PREMISE: Breakfast is the most important meal of the day. It will make you a healthy, happy, ripped, jacked, lean, energetic sex and training machine because it kickstarts your metabolism and gets your day off to the best possible start by providing the human rocket fuel called carbs.

THE OBSERVATION: All the shiny, happy fitness folks eat breakfast, so therefore, breakfast is the key to their success. This, of course, is backed up by all the anecdotal evidence and theoretical logic in the world. If you haven’t eaten anything all night, your body is starving and it’s going to need food, right? If you eat a lot of food in the morning, your metabolism turns on early in the day, and you’ll be able to burn off whatever you eat. And since your brain functions better with carbs, downing a low-fat, high-carb breakfast will make you smarter and help you function better at work and school.

THE REALITY: Whenever I start working with a new client, I tell them to stop eating breakfast. Breakfast sucks. You shouldn’t be eating it, either.

Here’s what happens with your hormones around 7 AM. Your cortisol levels elevate naturally through the night[1-9], eventually peaking[2, 9-14]. Of course, the common misperception is that cortisol is catabolic, and without food, your body will start to eat its own muscle. This is incorrect. When something is catabolic, this only describes the process of material being broken down for energy. When cortisol acts without elevated insulin levels—without being constantly elevated the way it is during chronic stress—it triggers the breakdown of triglycerides into free-fatty acids (FFAs) for metabolization, and triggers lipolysis[1, 2, 14-28]. In the morning, cortisol actually accelerates fat burning.

Your body’s main hunger control hormone is ghrelin[32]. It’s released in a pulsatile manner throughout the night, and it peaks when you wake[29-31]. This incites hunger, but ghrelin also potently stimulates the release of growth hormone[33-44]. As this happens, and growth hormone levels increase, your body releases more fat to be burned as fuel[45-49] and decreases the destruction of protein for use as fuel[50]. When you don’t eat carbs at breakfast (or more specifically, don’t spike insulin levels), your growth hormone levels peak approximately two hours after you wake up[51].

Your body starts each day as a fat-burning machine, and the key to simultaneous fat loss and muscle gain is to avoid screwing that up. Even when you’re exercising, your body will burn far higher levels of fat than normal on an empty stomach[52, 53]. This also causes the upregulation of enzymes crucial for burning fat, allowing fat to be metabolized faster[54].

Let’s say you eat a breakfast containing 30 grams or more of carbs. Your insulin levels raise with the rise in blood sugar, and this starts you on a downward spiral. This early-morning release of insulin vastly reduces fat burning for the remainder of the day[55], which is big problem because your morning cortisol levels remain high. As a result, this insulin release causes new empty fat cells to be created [56-64], and it lowers your levels of ghrelin and growth hormone[29-31, 51]. In other words, by eating breakfast, you’re essentially wreaking havoc on all the positive things that happen when you wake up.

What I’ve just described is reality, not observation. In this light, you’d think we should maybe hold off on breakfast for a while after we wake up—at least until cortisol levels return to normal and growth hormone levels fall on their own, a process that takes a few hours. When looked at from a scientific standpoint, skipping carbs at breakfast certainly appears to be a way to lose body fat faster—or, at the very least, to keep it off. 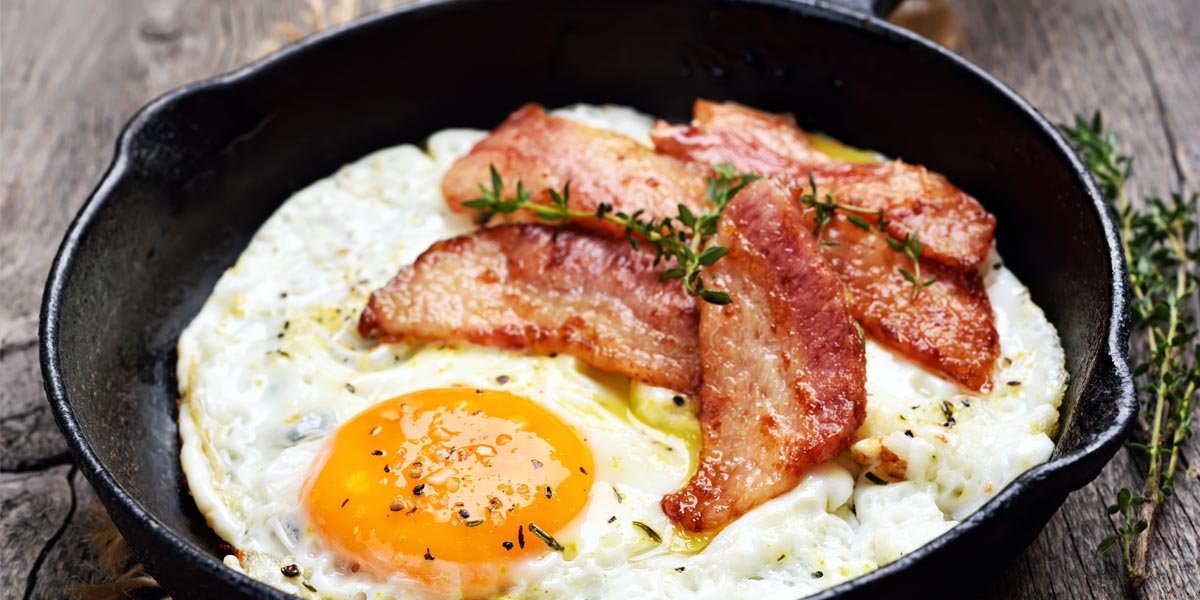 Before you stop reading and tell me I’ve been debunked, let me tell you what else happened. The researchers examined the subjects’ body composition before and after the study, and that’s where we see reality. Yes, the feast-in-the-morning group lost more weight, but they lost a lot more muscle and a lot less fat. The second group—which, again, ate most of their calories at night—lost almost exclusively fat while preserving muscle[65-69]. Interesting, right?

What about the cognitive aspects of skipping carbs at breakfast? Will it really cloud your thinking and slow you down mentally? All the evidence supporting this, at least what I’ve seen, is anecdotal at best. Have experiments proven that a carby breakfast or any breakfast at all improves cognitive abilities? Yes, if the subjects are malnourished[70-73].

Researchers withheld breakfast from one group of kids, letting them eat their first meal at lunch, while a second group of kids at a so-called balanced breakfast. The result? When kids skip breakfast, they pay attention, behave, and perform better throughout the entire day[72-83]. We may not want to believe this, but it’s exactly what I’m talking about with regard to observation and proof. In the case of these kids, there must be some other factor relating breakfast to academic performance, because both vary in the same way with socioeconomic status[84], i.e. well-to-do parents have and spend time helping their children with academics, and they almost always serve breakfast.

What I’m trying to do here is limit this discussion to what’s relevant—as opposed to giving credence to observational justification from every Tom, Dick, and Harry that comes down the fitness pike. Breakfast, simply stated, is definitely not the most important meal of the day, and you’d be better off skipping it. Although CBL and Carb Nite® both incorporate breakfast effectively by excluding carbs, I still tend to delay my first meal of the day for a few hours or more when using either of these strategies to lose fat.

I’d also be remiss here if I didn’t address branched-chain amino acids (BCAAs). I’ve seen several articles suggesting BCAA intake instead of breakfast—specifically concerning leucine, isoleucine, and valine. Although I’m a huge proponent of leucine, this approach probably isn’t a very good idea. Even without the presence of glucose (which most amino acids need to help increase insulin release), leucine stimulates insulin release[85-86]—which is what we’re trying to avoid in the morning because it can cause the same reactions as a carb-laden breakfast.

Strength, power, and physique athletes often question the wisdom of skipping breakfast because of the strength considerations related to their sports. As long as your glycogen stores remain adequate[87-88], this will have little to no effect on your strength levels. That’s the magic of CBL, and one of the primary reasons why it’s so effective.

Skip carbs at breakfast. Skip breakfast altogether. This waste of a meal can keep you from burning fat, it can help store fat, it’ll lower your growth hormone levels, and the idea of it having any cognitive benefits is an urban legend—or, as I often say, just another pile of fitness industry BS. In reality, it’s the least important—and potentially most harmful to your physique—thing you can do all day.