Why Women Should Not Run 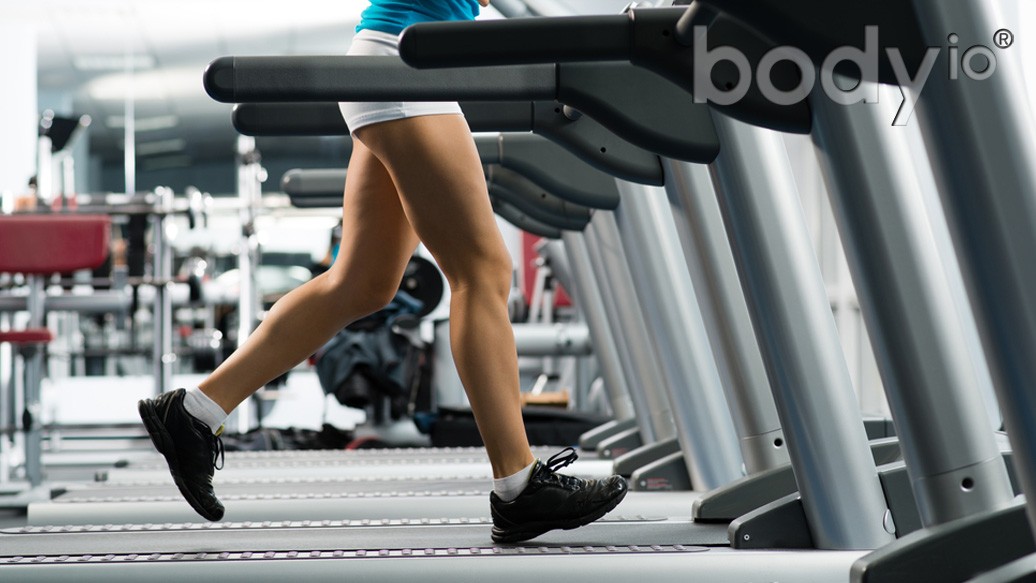 Here’s another article rerelease. This one was published on Athlete.io, and we’re presenting this updated and polished-up version today in case you missed it the first time around.

When I look at the overweight guy in the gym wasting his time doing forearm curls to lose weight, I feel no sympathy. When a meathead gets stapled to the bench by 365 pounds—after trying and failing with 315—I don’t feel any sympathetic pangs then either. Even when I see a girl spend a half hour bouncing back and forth between the adductor and abductor machines only to have trouble walking the next day, I can’t muster even an iota of pathos.

Nobody told these people to do these things.

Then, however, I watch my friend Jessica running on the treadmill—day after day, year after year—like a madwoman, and going nowhere. Her body seems to get softer with every mile, and the softer she gets, the more she runs. For her, I feel sympathy, because the world has convinced her that running is the way to stay “slim and toned.”

There’s a Jessica in every gym. Spotting her is easy. She’s the woman who runs for an hour or more every day on the treadmill, setting new distance and/or time goals every week and month. Maybe they’re just interested in their treadmill workouts, maybe they’re training for their fifth fund-raising marathon, or maybe they’re even competing against runners in Finland via some calorie-tracking device. The reason doesn’t matter to me because years of seeing my friend on the treadmill has exposed the results, which I’m not going to sugarcoat:

I’ve tried to rescue her from the clutches of cardio in the past, but my efforts didn’t work until a month ago, when she called to tell me that a blood test had confirmed her doctor’s suspicion: She had hypothyroidism, meaning her body no longer made enough thyroid hormone.

Her metabolism had slowed to a snail’s pace, and the fat was accumulating. This was her body rebelling. When Jessica asked for my advice, I told her to do two things: To schedule a second test for two weeks later, and to stop all the running until then.

I’m not here to pick on women or make fun of them. There are men out there who do the same thing, thinking cardio will wipe away the effects of their regular weekend beer binges. It’s more of a problem with women, though, and I’m targeting them for three very good reasons:

1. They’re often intensely recruited for fund-raisers like Team-In-Training, lured by the promises of slim, trim bodies and good health resulting from the months of cardio training leading to marathons—in addition to doing something for charity.

2. Some physique coaches prescribe 20-plus hours per week of pre-contest cardio for figure and bikini competitors, which essentially amounts to a part-time job.

3. Steady-state activities like this devastate the female metabolism. This happens with men, too, but in different ways.

I hate a lot of things about the fitness industry, but over-prescribed cardio would have to be at the very top of my list. I’m not talking about walking here, nor am I referring to appropriate HIIT cardio. This is about running, cycling, stair-climbing, or elliptical cardio done for hours at or above 65 percent of your max heart rate. The anaerobic threshold factors into this, obviously, but I’m painting gym cardio in very broad strokes here so everyone will understand what I’m railing against. 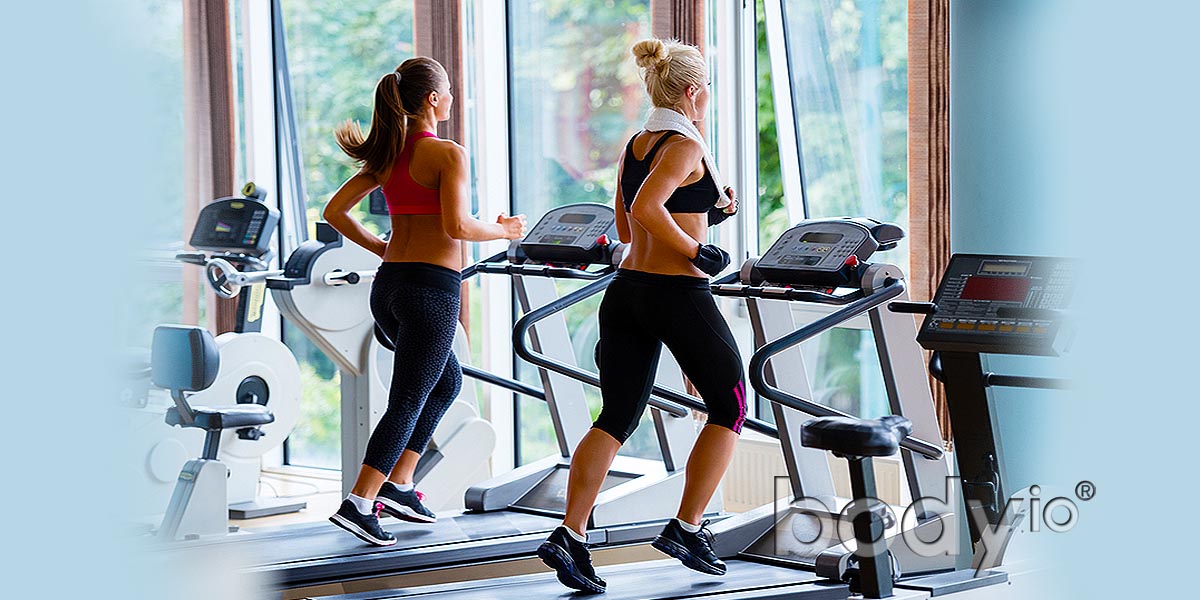 Science Wants You to Stop Running

Trashing steady-state cardio isn’t exactly a novel idea, and the better physique gurus figured at least a portion of this out years ago, when they started applying the no-steady-state-cardio rule to contest preparation. They failed, however, to point out the most detrimental effect of this type of training—one that applies specifically to women:
Studies—both clinical and observational—make a compelling case that too much cardio can impair the production of the thyroid hormone T3, its effectiveness and metabolism[1-11], particularly when accompanied by caloric restriction, an all too common practice. This is why many first or second-time figure and bikini competitors explode in weight when they return to their normal diets, and it’s why the Jessicas of the world can run for hours every week with negative results.

T3 is the body’s preeminent regulator of metabolism, by the way it throttles the efficiency of cells[12-19]. It also acts in various ways to increase heat production[20-21]. As I pointed out in previous articles, this is one reason why using static equations to perform calories-in, calories-out weight loss calculations don’t work.

When T3 levels are normal, the body burns enough energy to stay warm, and muscles function at moderate efficiency. When there’s too much thyroid hormone (hyperthyroidism), the body goes into a state where weight gain is almost impossible. Too little T3 (hypothyroidism), and the body accumulates body fat with ease, almost regardless of physical activity level. Women inadvertently put themselves into a hypothyroid condition when they perform so much steady-state cardio.

In the quest to lose body fat, T3 levels can offer both success and miserable failure because of the way it influences other fat-regulating hormones[22-31]. Women additionally get all the other negative effects of this, which I’ll cover below. Don’t be surprised. This is a simple, sensible adaptation of a body that’s equipped to bear the full brunt of reproduction.

We Were Not Designed For This

Think about it this way: Your body is a responsive, adaptive machine that evolved for survival. If you’re running on a regular basis, your body senses this excessive energy expenditure, and adjusts to compensate. Remember, no matter which way we hope the body works, its endgame is survival and reproduction. If you waste energy running, your body will react by slowing your metabolism to conserve energy. Decreasing energy output is biologically savvy for your body. Your body wants to survive longer while you do what it views as a stressful, useless activity. Decreasing T3 production increases efficiency and adjusts your metabolism to preserve energy immediately.

Nothing exemplifies this increasing efficiency better than the way the body starts burning fuel. Training consistently at 65 percent or more of your max heart rate adapts your body to save as much body fat as possible. After regular training, fat cells stop releasing fat the way they once did during moderate-intensity activities[32-33]. Energy from body fat stores also decreases by 30 percent[34-35]. To this end, your body sets into motion a series of reactions that make it difficult for muscle to burn fat at all[36-41]. Instead of burning body fat, your body takes extraordinary measures to retain it. 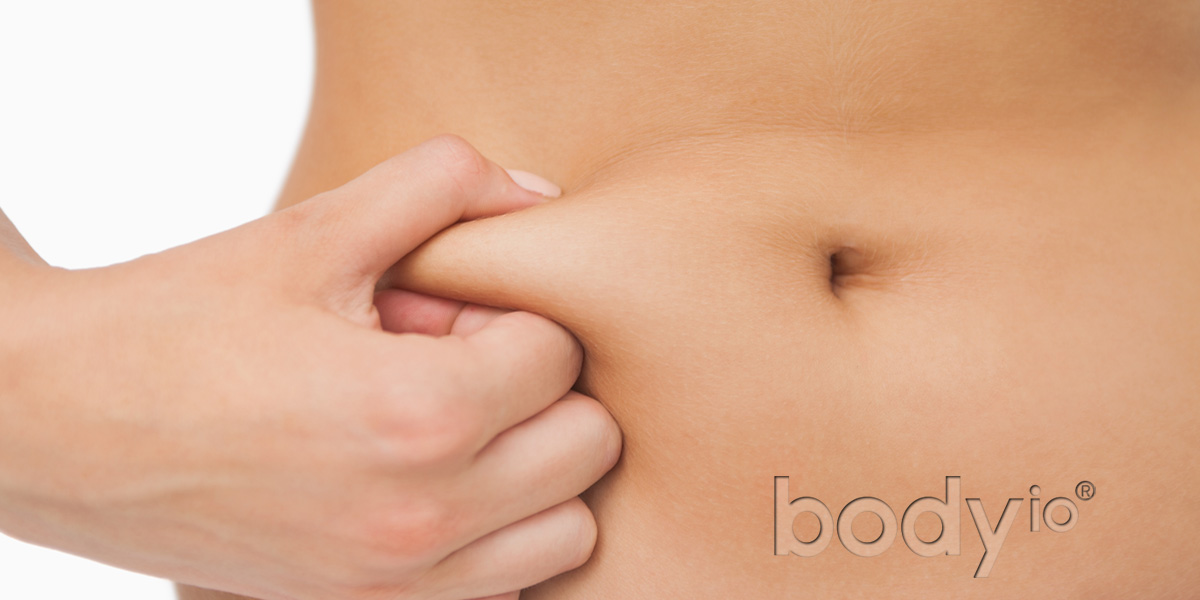 Still believe cardio is the fast track to fat loss?

That’s not all. You can still lose muscle mass. Too much steady-state cardio actually triggers the loss of muscle[42-45]. This seems to be a twofold mechanism, with heightened and sustained cortisol levels triggering muscle loss[46-56], which upregulates myostatin, a potent destroyer of muscle tissue[57]. Say goodbye to bone density, too, because it declines with that decreasing muscle mass and strength[58-64].

And long term health? Out the window, as well. Your percentage of muscle mass is an independent indicator of health[65].

When sewn together, these phenomena coordinate a symphony of fat gain for most female competitors after figure contests. After a month—or three—of 20-plus hours of cardio per week, fat burning hits astonishing lows, and fat cells await an onslaught of calories to store[66-72]. The worst thing imaginable in this state would be to eat whatever you wanted, whenever you wanted. The combination of elevated insulin and cortisol would make you fat, and it would also create new fat cells so you could become even fatter[73-80].

I won’t name names, but I’ve seen amazing displays of gluttony from some small, trim women. Entire pizzas disappear, leaving only the flotsam of toppings that fell during the feeding frenzy. Appetizers, meals, cocktails and desserts—4000 calories worth—vanish at the Cheesecake Factory. There are no leftovers; there are no crumbs. Some women catch this in time and stop the devastation, but others quickly swell, realizing that this supposed off-season look has become their every-season look.

And guess what they do to fix it? Double sessions of cardio.

This “cardio craze” is a form of insanity, and it’s on my hit list. I’m determined to kill it. There are better ways to lose fat, and there are better ways to look good. Your bikini body is not at the end of a marathon, and you won’t find it on a treadmill. In fact, it’s quite the opposite if you’re using steady-state cardio to get there. The show may be over, and the finish line crossed, but the damage to your metabolism has just begun. 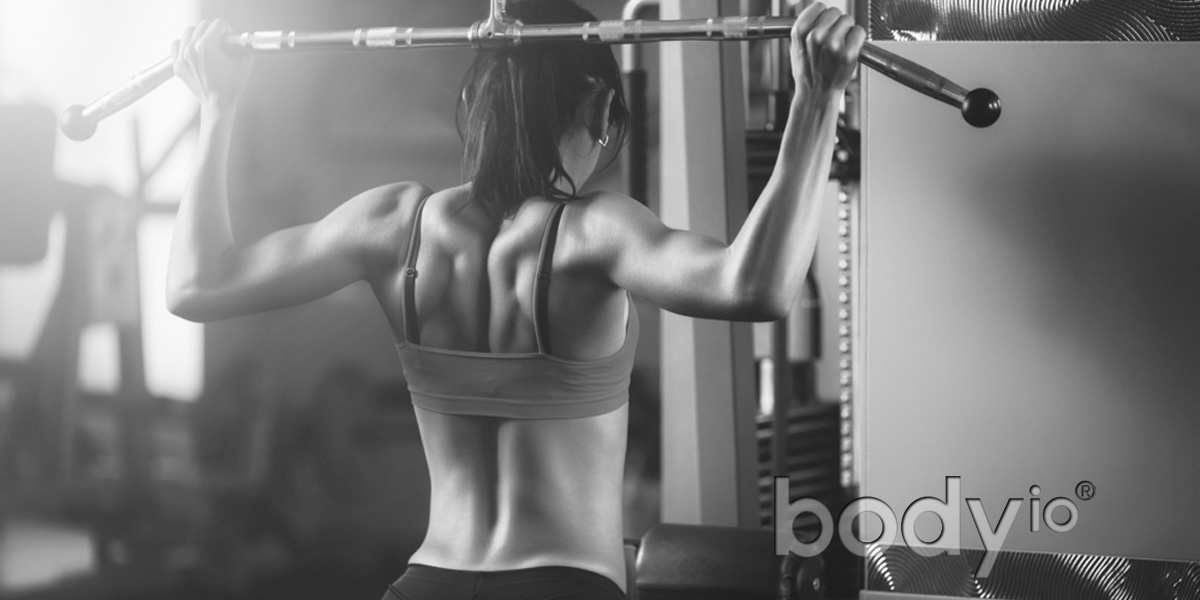 Don’t want to stop running? Fine. But realize that the fat on your hips, thighs, and butt won’t stop accumulating either.

And as for Jessica, my friend whose dilemma sparked this article? She took my suggestion and cut out the cardio. Two weeks later, her T3 count was normal. Go figure.

AUTHOR’S NOTE: Below in the comments people are very upset that I didn’t spell out what to do in place of steady-state cardio. That is because this entire website and 80% of my writings focus on how to best lose body fat through training and nutrition. I have provided massive amounts of free and helpful content on this website to help everyone and anyone and it’s impractical that I rewrite the cumulative advice on the site and place it at the end of each new article. Please spend a little time surfing around. I will, however, include a new post on the topic soon. You can also check out my YouTube Channel where I also provide quick tips, one of which is on the right type of cardio.