The X-Frame Protocols: An Introduction to Excellence 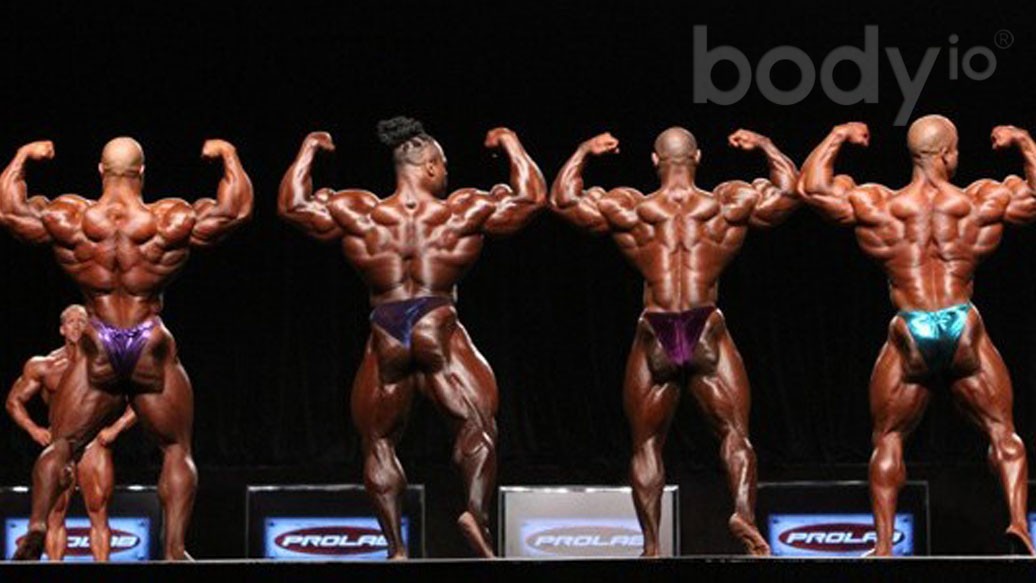 Now, picture the letter X—an X with the caps lock on, and not the lowercase version. Look at the structure of the X. Examine its design. It’s wide on top, narrow in the middle, and wide again at the bottom.

Look at your body in the mirror. Stand squarely in front of a full-length mirror and superimpose that X over your frame. How do you compare? Do you have a small waist, along with width up top and down below? Are you shaped like the letter X?

You should be. That’s why you go to the gym and do all those reps, isn’t it? Even if you’re a strength athlete, and all you care about is how much you can bench, squat, and deadlift, this is the ideal for which you should always be striving. The X-Frame.

The letter X consists of two lines that cross each other at a center point. That center is your waist, and that’s where you need to start building from. Don’t mistake this lack of width at the center of the X for weakness, however. Since that’s the center of your framework, it’s naturally the strongest part, provided the X remains standing. It has to be, because it’s holding the entire contraption together. If the center of the X is weak, the top part is going to separate and snap off, or the bottom will turn inward and buckle. That solid center is what’s going to give us what we want—an upper body that’s wide and chiseled from every angle, and legs that show your symmetry by popping out the same way.

The idea here is to create the illusion that you’re bigger than you actually are. This is a bodybuilding notion, but it applies to everyone, no matter what athletic function you’re trying to fulfill. Look at the lineup in any bodybuilding show, and for better or worse, you’ll see exactly what I’m talking about. In bodybuilding, everyone’s working for symmetry—but not just symmetry with regard to opposing body parts. Sure, it’s important for your left bicep to match your right bicep, but it’s equally important to display symmetry from top to bottom, too. You don’t want the judges—or people on the beach—to advise you to hire an attorney to sue your legs for non-support.

Take two people who have the exact same bodyweight. What makes the frame of one of these people stand out more than the frame of the other? That X-Factor. That pop. The person, male or female, with the more exaggerated X-Frame looks like they have the better physique. They look bigger, and they look better. Sometimes they look this way because they simply have better genetics. They were born with this frame, they grew into it, and they’re the lucky ones. It doesn’t, however, have to be this way for everyone.

I’ve got news for you: If you know how to train for it, and you’re willing to put in the work, you can change your symmetry and encourage your body to take on the characteristics of this X-Frame with relative ease.

What We Do Wrong

If building an X-Frame is so “easy,” then why don’t more people look like this? Because they’re one-dimensional in the gym. If you’re like most guys—and girls—you’re locked into a mindset where you’re only training one way, with one methodology and a limited number of exercise options, for whatever your purpose is. Too many people don’t open their minds to the full range of work that has to be done to improve the qualities they want to improve. When they want a big chest, they’ll bench. When they want big biceps, they’ll do curls. Everything’s set in stone, and nobody covers all the angles.

Your first step in building your X-Frame is the simple act of learning some humility. I don’t know everything, and neither do you. Some of us, however, think we do. If you see a guy in your gym who has something you want—like great quads or a huge chest—then why aren’t you training with him? Is it because you’re afraid to? Is it because you’re so far up the ass of some internet “guru” that you think you’re too good to ask for advice from a guy at your local gym? Even though he’s exponentially stronger than you and looks better, to boot?

Talk to that guy. Ask him how he got to where he is now. Train with him. Do what he does, then maybe add some things from your own experience—and before you know it, you’ll have what you want. That’s the way muscle is built. You can’t Google it. You can only get an X-Frame through hard work and humility.

It’s a cliché, especially in the fitness world, but you can’t judge a book by its cover. I’ve been around big time athletes for decades now, and I can’t tell what an athlete can and can’t do simply by examining his physique. There are certainly some experts out there who’ll tell you this is possible, but it’s not easy, and it’s far from an exact science. Too many variables exist to make blanket statements about anyone.

Take Justin Fargas, for example. Justin, a former NFL running back who played for the Oakland Raiders and the Denver Broncos, is someone who exceeded what I’d previously assumed was possible when I first started working with him. The common wisdom among trainers is that the more flexible you are, the faster you’ll be—and that if you’re inflexible, it detracts from your speed. Justin wasn’t flexible whatsoever—and his career was hampered by injuries, from college through his professional career. One glance, and you’d write him off as not fluid, and definitely not fast.

This lack of flexibility didn’t stop Justin from being lightning quick. In fact, he still holds the record for the longest broad jump ever recorded at the NFL Combine (11.5′ in 2003). The same holds true for sprinter Kelli White. Kelli wasn’t flexible when I worked with her, either, but she still won two gold medals in the track and field World Championships, in the 100 and 200 meters in 2003. She’s since been stripped of those medals, but the point is that you can’t predict how an athlete will perform based on looks alone.

Even though symmetry-for-performance is a hard sell, we can still figure out where athletes need improvements—and where people need to fill out their physiques—and fix things. The irony here is that building an X-Frame is generally a pretty good prescription for this. If you have more structural balance in your muscles, you won’t have as many weak points, and you won’t be as susceptible to injury. The X-Frame ideal will give you this kind of balance. Think of this as a construction project. If you build a house on a foundation of sand, and frame it with rotting wood, it’s going to collapse. This is what will happen to your body if you don’t pay attention to balance.

A prime example of this is CrossFit training. In my practice, I treat a lot of CrossFitters who have imbalances in their shoulders. This happens to them because they’re only working their primary muscles, without paying enough attention to the secondary ones that really control things. They’ll do tons of pull-ups, but they’re not training their backs. Not enough, anyway. They’ll do a lot of barbell work, but they’re not doing any dumbbell work for their range of motion. Their smaller muscles aren’t holding their larger muscles in place, and that leads to injury—or at least a visit to my office.

Working toward a solid X-Frame will give your physique the balance it needs. Remember, strength without balance isn’t strength you’ll be able to use anywhere. Multiply one by zero, and you’ll end up with zero.

The X-Frame: What You Can Expect

In the coming weeks, I’m going to give you a balanced program that will get you stronger in your weak areas, and make you far stronger where you’re already strong. You’re going to learn how to train efficiently, your muscles will become structurally sound, and you’ll learn how to avoid injury. With your new X-Frame physique, you’ll no longer be an incomplete athlete.

Is the X-Frame Protocol for you? First, you need to decide what you want to be, and what you want to do with your body. Some of the strongest bench pressers in the world have no pectoral development whatsoever, and some of the biggest bodybuilders in the world can barely bench 315. In terms of the regular gym guy world, a lot of you want just one of these things, but you’re consistently training for the other.

Ask yourself whether you want both. Do you? If so, then think balance. In my next installment, next week, I’ll take you back to basics, adding variety to encourage symmetry, build balance, and give you the X-Frame you want.

Monte is a former bodybuilder and owner of Kinetic Chain Sport LLC in Pleasanton, CA. He specializes in sports therapy, which includes strength and conditioning training, speed, agility, and recovery, which is tissue work dealing with the kinetic chain. Monte's background is in exercise physiology. He's worked with hundreds of NFL players, major league baseball players, and everyday people.