A Plateful of Kitchen Sense 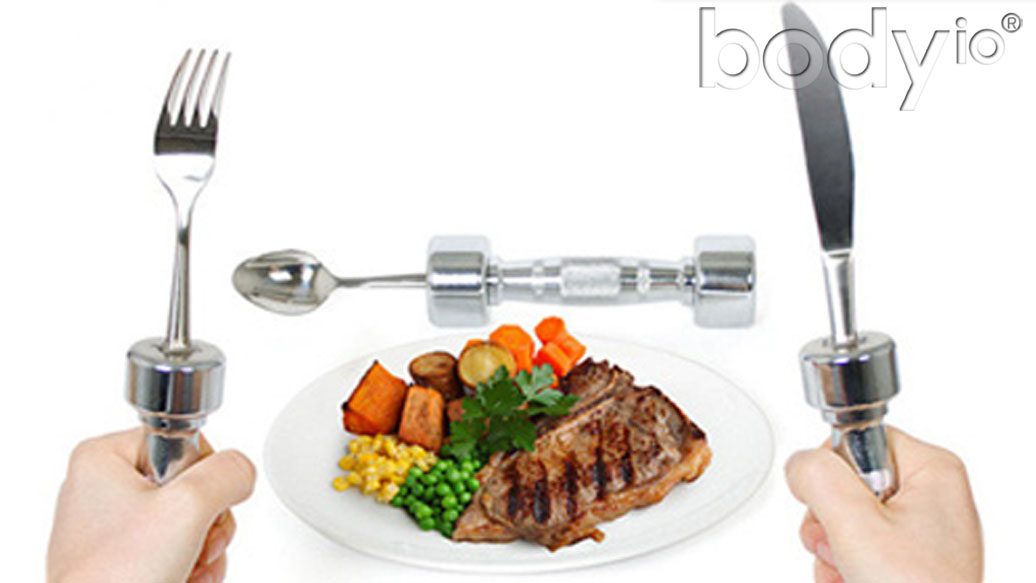 Eat this. Do that. Don’t eat this. Don’t do that. We’re hearing commands and getting directions all the time on this site, but sometimes it’s a good idea to take a step back and assess what’s actually realistic for your lifestyle, especially when it comes to your relationship with cooking—and that relationship’s interplay with your eating-out habits.

What are you capable of doing in the kitchen? What’s your experience level with cooking? Do you know how to turn on the oven? Would you rather not cook at all?

If you’re following—or planning to follow—either Carb Nite® or Carb Backloading™, you need the answers to these questions before you start, otherwise you’ll eventually run into some trouble. Obviously, the best way to expand your choices and add variety and creativity to your plan is to cook your own meals at home. That, however, is something a surprising number of people have no idea how to do, despite the preponderance of recipe articles that assume this knowledge in every magazine and on every website.

Here are some things that will help you catch up:

The first concept you’ll need to master is learning how your oven and stove work, but this doesn’t have to be difficult. I’m a big fan of convection ovens, because they’re fast and easy to cook with if you’re not preparing a huge amount of food. They heat up rapidly, and the cleanup process is a breeze. They toast, they broil, and they’re far more efficient—and less intimidating—than using a conventional oven.

You’ll also be able to save yourself some time, at least with vegetables, if you know how to use a microwave. If you don’t want to steam vegetables, you can do this in a microwave with freezer bags. Punch some holes in the bag and put it in the microwave, and you’ll alleviate the hassle of cleaning up afterward. Either way, the key here is to use as little equipment as possible.

When you’re cooking on the stovetop, you’ll need a large frying pan with a lid—ideally one that seals and won’t let any air escape. Buy a large pan so you can cook more things at once. I’d also suggest purchasing a large pot, a spatula, and a serving spoon. A set of mixing bowls is a nice thing to have in any kitchen if you have the money and the space, but a large bowl will work just as well. I’ll typically mix everything in one bowl, and as things are cooking on the stove, I’ll wash it, then use it again to eat.

Eating Out With Common Sense

Once you can get used to a few modifications in the way you patronize restaurants, eating out gets easier. If I have a place I want to go—or that I know I’ll be going to with others—I’ll always look at the menu ahead of time. A perfect example of this is my favorite pizza place. I’ll order from there all the time, but rarely ever will this entail eating pizza. They make amazing meatballs and sausages, so it’s nice to know, in advance, that I can go to a carb-filled place and still be able to get something I like that fits within my guidelines.

If you’re not sure what’s in a certain dish—like meatballs, which usually contain breadcrumbs—it’s acceptable to call and ask. You’re a potential customer, and they want your business. If there’s something you don’t want, there’s always an alternative option. When you call ahead of time, you’ll already know what you don’t want. Don’t ever be afraid to ask questions, because restaurants are always happy to make modifications if it means keeping your business.

My clients tell me stories about this sort of thing all the time. I train a couple who never cook at home. They move frequently for professional reasons, so their kitchen stuff is usually in boxes—and they’re sometimes in places for such short periods of time that they don’t even bother unpacking. Because of this, they eat out for every single meal, and they’ve essentially mastered the eating-out process. They know what they can and can’t modify within specific dishes on the menus of various restaurants. They were able to do this because they asked, and they rarely experienced a problem when doing so.

Again, restaurants won’t mind if you do this, especially if you’re asking for something simple, like replacing a starch or a carb with a vegetable. Simply say, “I don’t want the rice. Give me some broccoli on the side.” What works about this in terms of CBL and CNS success is the fact that restaurant veggies will more often than not be cooked in butter or oil, so you’ll be getting some extra healthy fat in, too.

When you’re working long days without being able to come and go as you please, you have some very basic options that tie into the restaurant modifications I just covered. Let’s say you get to work at 7 AM, take lunch around 1 PM, then train when you get home from work. If this is your schedule, I feel your pain, but this is reality for many people these days. It’s also a prime scenario for Carb Backloading.

One of my clients works in a building that has a cafeteria and deli, and he does something interesting for lunch that’s easily repeatable elsewhere. He’ll ask the deli clerk to double the meat, to give him more lettuce, and to leave off the bread. He’ll then throw in some pickles and mustard, cut it up, and eat it with his fork, turning his sandwich into a salad. He varies this by getting different types of meat each day. This makes for a very fast, efficient lunch option. You don’t have to wait for someone to cook it for you, and you don’t have to prepare it yourself. Simply wait in line, get served, and either eat it there or take it back to the office.

In practice, the workday meal plan would look something like this:

Upon waking: Coffee with heavy cream.

Late lunch? Have another cup of coffee with heavy cream to tide you over. If you have an office refrigerator, keep heavy cream there for your midday coffee.

Snack (pre-training): Depending on when you’ve had lunch, you can either have your second cup of coffee later in the day, or you can stash a bag of almonds in a drawer and eat a handful before meetings or phone calls.

The Quick and Easy Fridge Load

I always keep my refrigerator stocked with Romaine lettuce, spicy Dijon mustard, two different kinds of deli meats, and a variety of cheeses. When I don’t have time to cook and I want something that falls within the guidelines of what I’m allowed to eat, I’ll use this stuff. Lay down the pieces of lettuce, sprinkle them with some mustard, layer the cheese and the meat, then roll it up and eat it. It’s super-easy and super-fast.

Regarding deli meats, you’ll want to order from the actual deli department of your supermarket. If you can’t, make certain your packaged cold-cuts aren’t mechanically separated. With chicken, for example, this means they’ll remove all the meat, then take the bones and tendons and everything else and run it all through a sort of sieve—and yes, they actually sell this slurry as “chicken.” Also, be careful regarding the carb count on some of these. With flavored meats like honey ham, there can be extra carbs you don’t want.

Your back-loading nights don’t have to entail any excessive preparation, either. I’ve been trying to do two back-loading days per week lately, usually after a heavy lifting day—or after I train a body part I’m really focused on, like my legs or my shoulders. When I’m in control of my back-loading menu, I like to keep it gluten-free and fairly low-fat. Some of the mornings where I look and feel my best are after I’ve had something really simple with dinner, like a sweet potato, or some gluten-free cookies dipped in coconut milk.

On occasion, I’ll also have Cocoa Pebbles with fat-free milk, and I’ll add some liquid egg whites to the milk to get more protein included. Prepackaged rice pudding also works great with back-loading, because it’s an individual cup. You eat it, and it’s gone. You don’t have to worry about it being in the house anymore, and you won’t be tempted to eat it when you’re not supposed to.

Any diet plan is much easier if you simply avoid keeping things in your house that you’re not permitted to have. This way, if you really want something, and you go hunting around your kitchen to see what’s there, you’re forced to eat only what you’re allowed to eat. That’s where knowing how to cook gives you a serious advantage when it comes to sticking to your plan. If you know how to prepare things you like, using ingredients you’re allowed to have, you’re already well on your way to winning the fight.