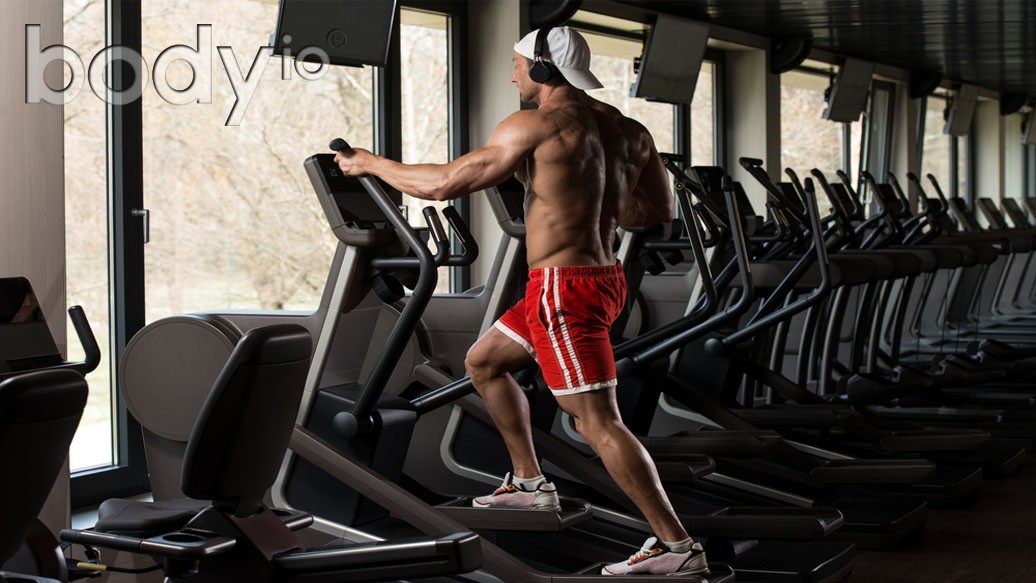 hen you want to reach ridiculously low levels of body fat, what’s the first thing conventional wisdom tells you to do? More cardio. The idea, then, is to put in hours and hours of work on treadmills, ellipticals, and bikes, right? That, conventional wisdom says, is how you’ll get the fat off.

As usual, however, science tells us something different. Numerous studies have shown that this sort of steady-state cardio isn’t even effective for burning fat. It also tells us something most of us don’t know: that there’s a big time downside to doing tons of cardio, and several things to think about the next time you reserve an hour-long block of your time to step on a treadmill.

When you perform conventional cardio for long periods of time, it’s been found to deteriorate muscle tissue and decrease testosterone levels. That’s bad, obviously, but things get even worse. A recent study in The American Journal of Physiology found that steady-state cardio decreases the ability of muscles to absorb glucose after training. This happens because cardio immobilizes the GLUT4 transport system, which is responsible for the insulin-regulated translocation of glucose into cells. Cardio further limits hypertrophy by shutting down the mTOR pathway, which is one of the primary regulators of muscle growth. When this happens, you’ll burn the same amount of muscle as you do fat.

All isn’t lost, though. It’s very possible to avoid all of this by doing things in a different way. In fact, it’s even possible to make your cardio anabolic. Here are the facts:

The “right” brand of cardio for anabolic fat loss is High Intensity Interval Training (HIIT). This consists, in practice, of a set of bursts of balls-out, massive-output cardio work followed by timed rest periods. This type of cardio is similar to the Fartlek style favored by old-school track athletes, and it’s been around for years, but it’s enjoyed a resurgence with this everything-old-is-new-again movement so prevalent in today’s fitness industry. It’s a simple concept, however, and since we know a lot more about how to program it—in terms of volume, intensity, and duration—it’s a perfect solution for anyone looking to drop fat.

It’s all backed up by plenty of research, too. The Journal of Strength and Conditioning Research published recent work showing that HIIT can actually increase testosterone levels and GLUT4 concentration. Steady-state cardio, as I wrote earlier, has the exact opposite effect. Research has also shown that HIIT increases 24-hour mitochondrial biogenesis. This is the formation of new energy-producing mitochondria in cells, a process that typically shuts down mTOR during steady-state cardio. Last but not least, HIIT sets off an increase in the concentration of myofibrillar nuclei. Hypertrophy depends on increases in this concentration, along with the content of your muscle fibers.

When it comes to the fat burning process, timing is everything. The good news for you, however, is that if you decide to make HIIT your primary form of cardio, there are several tweaks you can throw in to enhance the process and get the fat off much faster.

The first of these tweaks applies to how you space out your workouts. Make sure to schedule your training so you complete your HIIT sessions up to an hour before you train with weights. Studies have shown that when you time this properly, it can amplify the aforementioned mitochondrial biogenesis. Research in the Journal of Applied Physiology also showed that scheduling your training sessions this way also turns on the mTOR pathway of growth instead of shutting it off—the benefits of which were explained earlier.

Volume is the other key consideration with HIIT. Research has shown that higher-rep, strength-endurance training is the most effect way to compliment your HIIT sessions when you’re performing both on the same day.

Finally, you’ll want to cycle everything. With HIIT, it’s most effective to go with four weeks on, followed by four weeks without it. During your HIIT-less cycles, the idea is to focus strictly on hypertrophy to promote mitochondrial biogenesis and an increase in the nuclei effect. When your nuclei density is greater, you can make your muscle fibers larger. The only way to increase the number of intracellular nuclei you have, however, is to perform strength-endurance training. This is somewhat dichotomous, because this type of training will actually make muscle smaller. That’s how it works, though: to get more nuclei to get bigger, you have to begin by training to make a muscle smaller. This sounds counterintuitive, but it works.

When you’re done with your strength-endurance cycle, you’ll be left with an increased number of cellular nuclei. Then, once you’ve started a strict hypertrophy schedule, you’ll be able to get bigger than you otherwise could have. It’s possible to lose some mitochondrial density here—this makes muscle oxidative—but it takes much longer to actually lose the mitochondria. Simply put, you’re alternating between periods of increasing your potential to gain muscle (your “on” HIIT weeks), and periods where you actually fulfill that potential and get bigger and stronger (your “off” hypertrophy cycle).

HIIT can be performed any number of different ways, but to make things as anabolic as possible, the idea is to get as close as you can to maximum power output for 30 seconds, followed by four minutes of rest, for 4-6 rotations. For your four week “on” cycle, you’ll be doing this three times each week. I like using spin bikes—the ones in your gym’s aerobics room—for this. Don’t focus on speed here. Instead, increase your resistance and your rate of force production. This lower cadence will give you a greater surge of testosterone—probably because it simulates a form of resistance training.

To get this right, there’s a bit of supplementation you’ll need to compliment your HIIT cycles. I’ve long been known as a huge advocate of adding leucine to any supplement plan, and in terms of HIIT, I believe it’s especially effective. Here, I’d recommend taking at least five grams before your HIIT workouts. Research in the American Journal of Clinical Nutrition showed that taking leucine-enriched amino acids before aerobic exercise can increase post-exertion protein synthesis by up to 33%—further proof of leucine’s efficacy.