Breakfast: The Most Important Domino of the Day 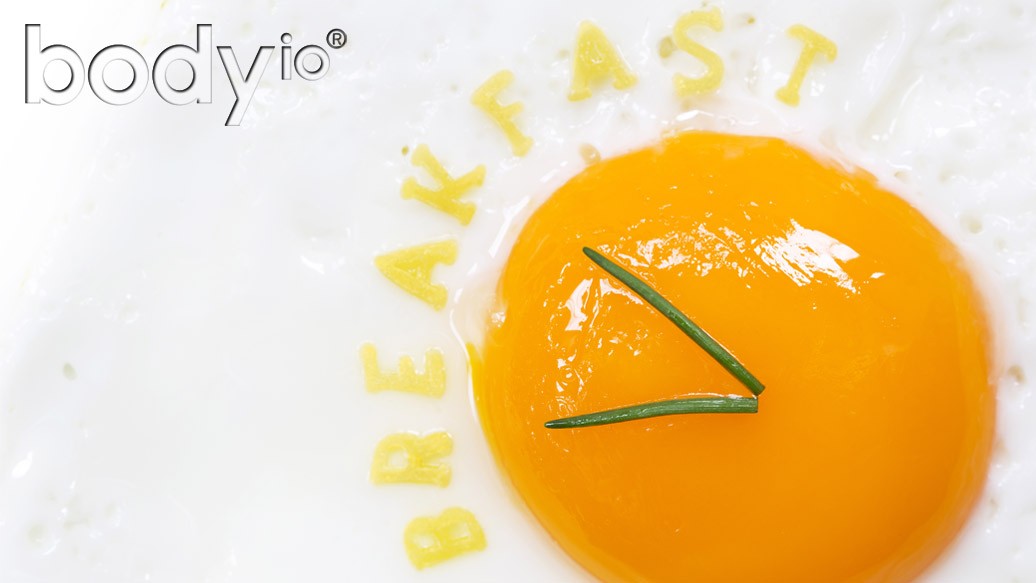 ’ve been coaching clients for several years now, long before I became associated with Body IO®. I’m a huge proponent of Carb Backloading™ (CBL), as it was the catalyst for my ascent in the sport of Strongman, so clients are always surprised when I don’t coach them on a strict CBL protocol. Yes, that’s correct: I don’t always coach clients based on exact CBL principles. This isn’t a knock on CBL or the Carb Nite® Solution, but is instead a reflection of the individuality of clients: A total lifestyle overhaul on day 1 of coaching is a surefire recipe for failure. With that being said, there is one aspect of CBL that can apply to the entire population and is one of the first things that I address with most clients: Breakfast.

Renowned as the most important meal of the day, breakfast carries a lot of emotional baggage. People cherish childhood memories of milk and cereal or better yet, pancakes and syrup. Although delicious, starting your day with a high-carb meal, especially one loaded with simple sugars, knocks down the first domino on the path to accumulating body fat. There are several mechanisms to explain this phenomenon, but let’s first start by talking about insulin.

Whenever we eat, insulin is released to clear glucose from the blood. It is well understood that insulin concentrations are higher following a high carbohydrate meal than after a lower carbohydrate meal[1-3]. Furthermore, there is a positive association between insulin and hunger, and a negative association between insulin and satiety, independent of glucose concentrations[4]. In layman’s terms this means that meals high in carbs spike insulin more than low-carb meals and that this increased insulin release is associated with feeling less satisfied after a meal. This lack of satiety will increase the likelihood of snacking between meals (often with high-carb, low-nutrient convenience foods), thereby creating a vicious cycle leading to overconsumption of food throughout the day.

The bottom line is that the higher the carb content of breakfast, the higher insulin will spike and the quicker you’ll be searching for something else to eat.

On the topic of overeating, this will be a problem for anyone who is trying to lose weight. By starting your day with a high-carb meal you are not only setting yourself up to crave more food but you’re also taking in extra calories first thing in the morning. This habit leaves you less room for error later in the day when you are prone to eat more in social settings and when will power is apt to fail.

To further exacerbate this issue, if you make the mistake of limiting protein at the expense of carbs, you’re setting your body up to cannibalize existing tissues (muscle, etc.) to keep up with the amino acid turnover requirements of the human body. As lean tissue is the engine that drives fat loss, this is the exact opposite effect of what you’re trying to achieve.

Finally, let’s not forget that the body is a fat-burning machine upon waking as cortisol peaks for most between 7-9am. This high morning cortisol makes cells more insulin resistant, meaning the body must release relatively higher levels of insulin to clear glucose from the bloodstream during these early hours[5]. When food is ingested at this time, and more notably when carbs are a part of this meal, insulin rises and fat-burning shuts down. Insulin and cortisol are antagonistic hormones and when simultaneously elevated they trigger the fat-storing enzyme lipoprotein lipase to increase while attenuating the effect of fat-freeing hormone-sensitive lipase[6-8]. Not only does this combination therefore dampen fat-burning, but it signals the body to store fat.

The practical take-home is that a high-carb breakfast will ignite a detrimental fat-storing hormonal environment at a time when the body would otherwise preferentially burn fat.

To avoid these unwanted circumstances, limit dietary carbohydrate early in your day by using the following tools:

Although not for everyone, fasting is a good strategy for anyone who is looking to get smaller. If your goal is to gain muscle, look elsewhere; fasting is catabolic and will limit your ability to effectively pack on weight. Men with healthy hormones seem to be able to use IF daily without negative repercussions (it’s rare that I eat within 2 hours of waking every morning) but women should be careful: Caloric restriction and IF can negatively affect the hormonal balance of the female body[9]. From my experience working with female clients, IF can be used once or twice per week but extended daily trials can result in extreme hunger, unexpected cravings and even amenorrhea[10]. If you have an irregular cycle or are aware of an existing hormonal imbalance, ignore IF and start your day with a low-carb meal instead.

If fasting isn’t appropriate or manageable for you, there still aren’t valid reasons to indulge in a high-carb breakfast, especially for those who sit at a desk all day. By starting your day with a breakfast devoid of dietary carbohydrate, you’re giving your body everything it needs:

– Dietary protein: A requisite for every meal
– Dietary fat: The body’s preferred source of energy for low-intensity activity (sitting, walking)
– A dulled insulin response: Ensuring you’ll stay as full as possible for as long as possible

In summary, if your goal is to optimize health and maintain a lean physique you should either be omitting breakfast, delaying breakfast, or consuming a breakfast low in carbohydrate. These strategies will not only help you better control calories throughout the day, but will regulate your hormones while helping control hunger and cravings.

Breakfast is indeed very important, but for the exact opposite of the accepted dogma of “fueling for the day”. By understanding the hormonal environment of the human body, you can give your body the nutrients it needs while withholding those that can sabotage your progress. A low-carb start to the day is the domino that leads to long-term fat loss, so adopt this small habit for big results.