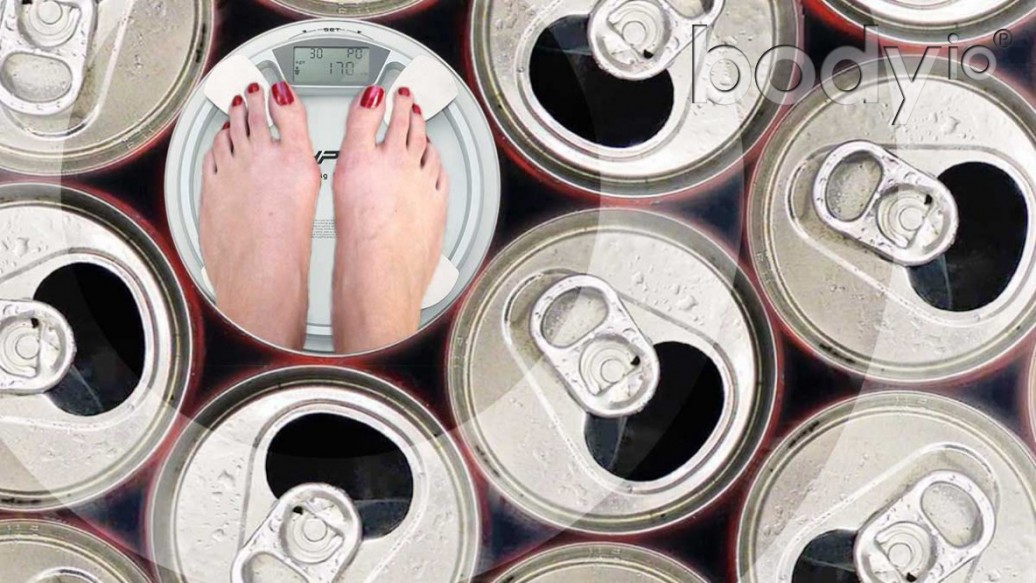 Review of: “The effects of water and non-nutritive sweetened beverages on weight loss during a 12-week weight loss treatment program”

The brewing controversy over diet drinks and the supposed fattening effects of artificial sweeteners stirs about once every three months. The mass media normally picks up on the findings of some epidemiological study that shows a correlation between drinking diet sodas and obesity. But, by now, we should all know that epidemiology is an ad hoc science, where researchers look for connections they already assume exist.

I, of course, explain ad nauseam that epidemiology is the beginning of science. It discovers interesting trends that we then take the time to study with decisive scientific methods. In a recent paper, researchers finally treat the question of diet soda and weight gain or its hindrance to fat loss in a controlled, scientific manner.

What Makes This Study Special?

A recent clinical trial published in Obesity (June 2014) reports on the first prospective randomized control trial that compares the effects of water and diet drinks on weight loss using a behavioral weight loss program.  Randomized control trials are the gold standard of research because they greatly reduce bias by randomly assigning participants to a certain treatment. The researchers randomly assigned 303 participants to a diet drink group (diet sodas, teas and flavored waters) or a control group that was only allowed water. Both groups followed the same diet and exercise program for 3 months.

Participants included both male and female, ranged in age from 21 – 65 years old and BMI from 27-40. What I find interesting in this particular study is that diet drink group had to consume at least 24oz of beverage per day, but water consumption was not restricted.

So What Was the Outcome?

As is unfortunately the norm, the researchers only looked at overall weight loss and did not take into account changes in fat and fat free mass. The diet drink group, however, lost 44% more weight than the water group and reported feeling significantly less hungry. The diet drink group also showed significantly greater improvements in serum levels of total cholesterol and low-density lipoprotein (LDL) and a significant reduction in serum triglycerides, which we would expect with greater weight loss. The researchers could not explain the difference. I’d wager adherence to the diet was better in the diet beverage group due to the reported satiating effects.

A Word of Caution

Many will often glance over the abstract of articles and fail to find some important aspects of many studies. Case in point:

“Funding Agencies: The study was fully funded by The American Beverage Association. Disclosure: JCP, JOH received consulting fees from The Coca-Cola Company outside of the submitted work. The remaining co-authors declared no conflict of interest,” and

Does this nullify the study? No, but these companies clearly had a vested interest in the outcome. Always good to be critical and stay fully informed.

What is the Take Away?

One major argument that arises with diet drinks is that you never truly distance yourself from pursuing sweets. If diet drinks are removed, will a dieter find another avenue to fix their craving? We don’t know for certain but this study did show some impressive results for a relatively short intervention (i.e. subjects who consumed diet beverages lost an average of 13 pounds which equates to 44% more than the control group, which lost an average of 9 pounds); 64% of the subjects in the diet beverage group lost at least 5% of their body weight. This amount of weight loss can significantly lower the risk of heart disease, high blood pressure and type 2 diabetes.