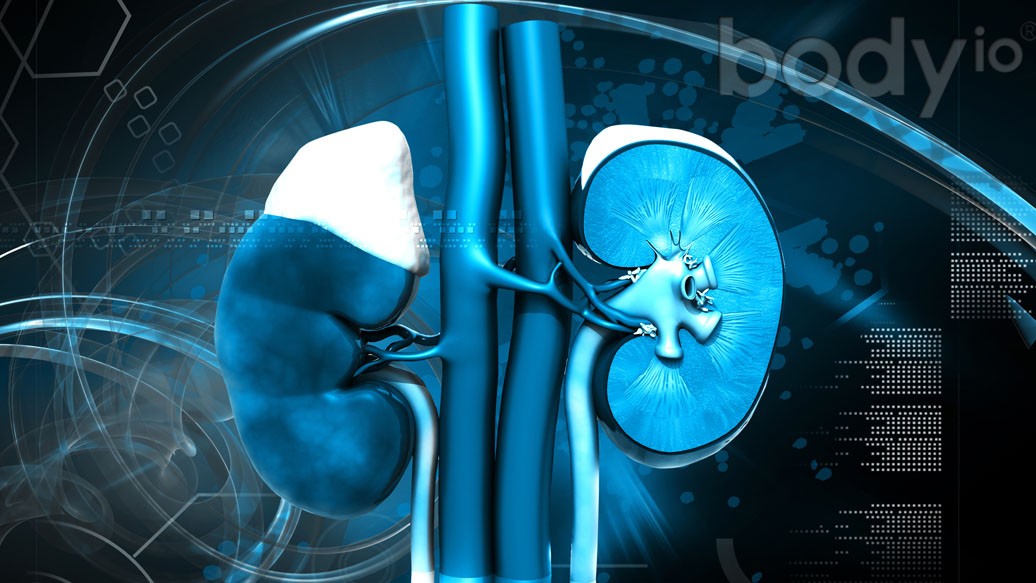 s I walk down my hospital unit, on my way to the lunch room, I try to not be so conspicuous. The aroma of crisp fatty bacon leaves a trail of evidence that I simply can’t cover. In normal situations, I wouldn’t care if people saw me eating bacon. However, I’m a dietitian, and unless you are caught up on research, registered nutritionists should NOT be eating bacon.

Explaining myself sometimes takes a lot of energy, and the last thing I need on my lunch break is a headache. Thus, I often chose my battles when it comes to explaining my low-carb, high-fat lifestyle. For clinical workers who are not up to speed, I may be viewed as a clinician who lacks integrity. Those of us who follow Carb Nite® or Carb Backloading™, know that simply isn’t the case, and in fact, quite the opposite.

One of the biggest misconceptions I find is the thought that higher protein, or low-carb diets, cause damage to the kidneys. As I chomp on my bacon people often look at me with a dumbfounded look and ask, “Isn’t all that protein bad on your kidneys?” I thought this topic was old news. I was incorrect. It’s actually one of the most common questions, next to the saturated fat topic, that seems to keep resurfacing with whoever questions the low-carb lifestyle. It’s time to set the record straight.

• Higher protein diets are safe for the general population.

• There is a small population who may need to keep their protein intake at a minimum.

• High-fat, moderate protein diets may have a protective effect in those with insulin resistance.

It’s important to note the researched reviewed was not done on athletes; the recommendations made are for the average population.

Higher protein diets are safe, for most people

Research shows that high-protein diets may be harmful for those who have existing kidney malfunction. However, this is a small population, and in most people higher protein diets are otherwise safe.

When you digest protein, your body metabolizes and excretes nitrogen byproducts. This process occurs in the kidneys. Many people think eating more protein will place added stress on the kidneys, eventually causing malfunction.

Yes, your kidney function will change as a result of the increased protein[1]. Increased glomerular filtration rate (GFR), and an increase in the size and volume of glomeruli, which are the functional filtration units of the kidney, will occur[2].

It could be viewed that the kidneys are becoming more efficient. Hyperfiltration is a normal adaptive response to increasing protein, as opposed to a pathological condition that potentially can result in kidney disease[3].

While high-protein diets may be harmful to specific populations, they do not cause damage to the kidneys of healthy individuals.

Some may need to keep their protein intake to a minimum

When your kidneys are compromised, if you are in your final stages of kidney failure, or end-stage renal disease (ESRD), lower protein intake is recommended in clinical practice. The suggested intake for this population is 0.27g/lb of body weight, compared to the 0.36-0.55g/lb minimum recommended for most of the population.

However, when comparing the Mediterranean, low-fat, and low-carb diets, research has shown that high protein diets are no different on kidney health in clinical populations of subjects with compromised kidney function[4].

We shouldn’t fear low-carb diets when it comes to kidney health. As research shows, A low-carbohydrate diet is just as safe as the Mediterranean or low-fat diets in preserving, or possiblyimproving, renal function.

High-fat moderate protein diets may have a protective effect in those with insulin resistance.

A ketogenic diet could reverse nephropathy produced by diabetes[5]. Studies done in animals have suggested that a ketogenic diet may reverse kidney disease in Type 1 and Type 2 diabetes.The hypothesis is that diabetic complications are caused by too much glucose metabolism in the cell. Thus, increasing ketones may decreases the activity of the glucose metabolic pathway, allowing cells to repair themselves.

The future of ketogenic diets in therapeutic nutrition

Using ketogenic diets as a therapeutic approach in those with kidney complications may be possible. However, a lot more research in animals is needed before studies can be done in humans.

If you have questions regarding long term use of a ketogenic diet I recommend you read Kiefer’s article,“Following a Ketogenic Diet for 5 Years, the Story of Glucose Transporter 1 Deficiency Syndrome.”

As far as support for low-carb, higher protein, and high-fat diets; changes are coming around.A current accomplishment is the new Dietary Guidelines for Americans 2015-2020[6] has finally removed dietary cholesterol as a nutrient of concern—Yes I can officially recommend egg yolks every day without my license being in question! However, there is still little acceptance over saturated fat intake, and low-carb dieting. We still have far to go in the pursuit to change the way most Westerners eat.

Nutritionist, Certified Personal Trainer, BA Journalism, MS, RD and also a NPC bikini competitor. My area of expertise is in working with clients who may be metabolically challenged, improving health outcomes, and physique building.