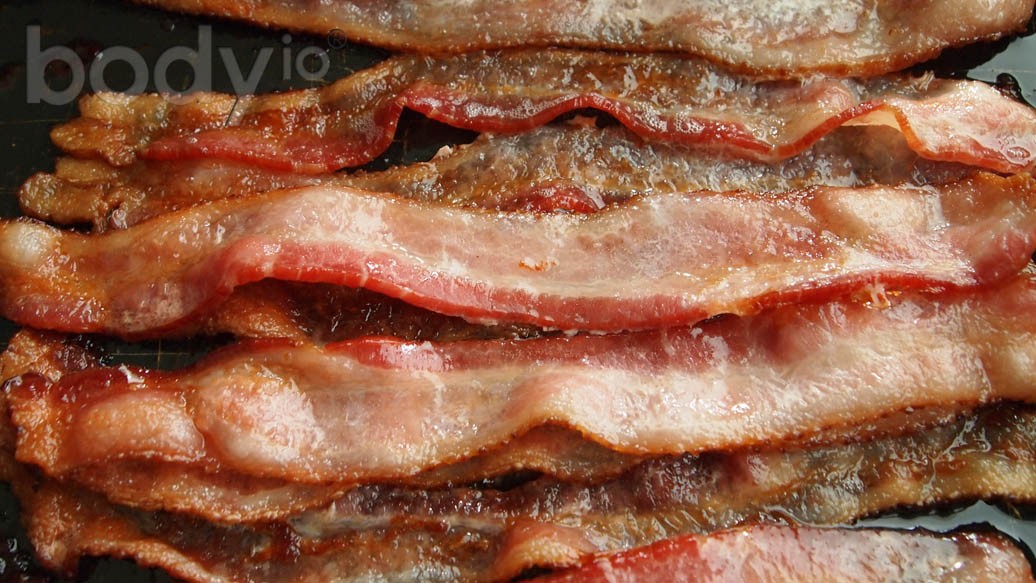 n my early days of spreading my crazy dieting Gospel—we’re talking over ten years ago now—I’d get bombarded with one question over and over, and it’s one people still sling my way: Do you need to eat fat to burn fat?

This, of course, makes no sense. Eating fat to burn fat? We are what we eat, so if we eat fat, we’ll get fat, not lean. It’s straight-up logic, right? Logic, however, only helps us find the next question to answer, because in the real world, human logic fails more times than it correctly predicts. Take Einstein, for instance. His seminal work, from General Relativity to pioneering discoveries in quantum mechanics, seems totally illogical, yet it’s how the world works.

If you think just a little bit harder—and I recommend this practice highly to the world of bodybuilding diet gurus—then stripping fat from the diet to burn fat is stupidity at its finest. The body is an adaptive organism that regulates hormone secretion and enzyme production based on the food you ingest. Ingest carbs all the time, and your body will build all the machinery necessary to burn carbs efficiently and store the overage just as effectively. Eat nothing but protein, and the body becomes efficient at breaking long protein chains into simpler fractions for energy—including muscle tissue. Eat mostly fat and, well…you figure it out.

As an example of eating-fat-to-burn-fat, let’s look at medium-chain triglyceride ingestion. Medium-chain triglycerides (MCT) reside in vast abundance in coconut fat, and are somewhat short chains of carbons (all fats are long carbon chains). The common mix is normally C8:0, C10:0, and C12:0. The ‘C’ represents carbon, the first number is the quantity of carbon atoms, and the second number is the amount of unsaturation. These little guys are pure saturated fat, but with a surprising property: most ingested fat takes three or more hours before the body can access it for fuel or storage. MCT absorbs quickly and is available immediately.

When the body can access fat immediately, it burns it. MCT oil ingestion triggers ketone production—which is not easy to do with diet alone. Ketones help fuel the cells of the nervous system—as well as other tissue in the body—when quick energy is needed from fat molecules. MCT also can represent the idea of a negative caloric load. In Obesity Research and in the International Journal of Obesity and Related Metabolic Disorders, researchers demonstrated that by simply adding MCT oil to the diet, it increased fatty acid oxidation. Eating fat, they found, burns fat.

There’s more to this story, though. Many studies—especially ones quoted by governmental agencies—show that eating a diet high in fat, accompanied by a lot of carbohydrates, results in massive fat gain, not fat loss. It evidently takes more than just eating fat to burn fat. It also requires avoiding carbs.

Carbs, as we know, trigger insulin release. Insulin does one thing incredibly well: it makes body tissue grow. If that tissue is muscle, awesome. Most of the time, however, it’s fat. Not so awesome. Insulin does this via several mechanisms, but two of the most important are insulin’s regulation of lipoprotein lipase (LPL) and hormone-sensitive lipase (HSL).

Think of LPL as equivalent to the glucose-transporter (GLUT) system—the one that Carb Backloading™ manipulates for retardedly effective fat loss and simultaneous muscle gain. GLUT pulls sugar into fat and muscle cells to either be used as energy or stored—as fat in fat cells and glycogen in muscle cells. LPL pulls fatty acids into fat and muscle cells for storage or energy, respectively. Like the GLUT, LPL is also highly regulated by insulin, but only in fat cells. When insulin levels rise, LPL concentration skyrockets in fat cells, allowing them to pull in massive amounts of fat to store. It’s a good thing there’s usually sugar around at the same time, because the sugar that gets pulled in with the fat forms glycerine molecules—the backbone of triglycerides, the creamy filling of fat cells. Fat cells, you’ll notice, are a lot like Twinkies. 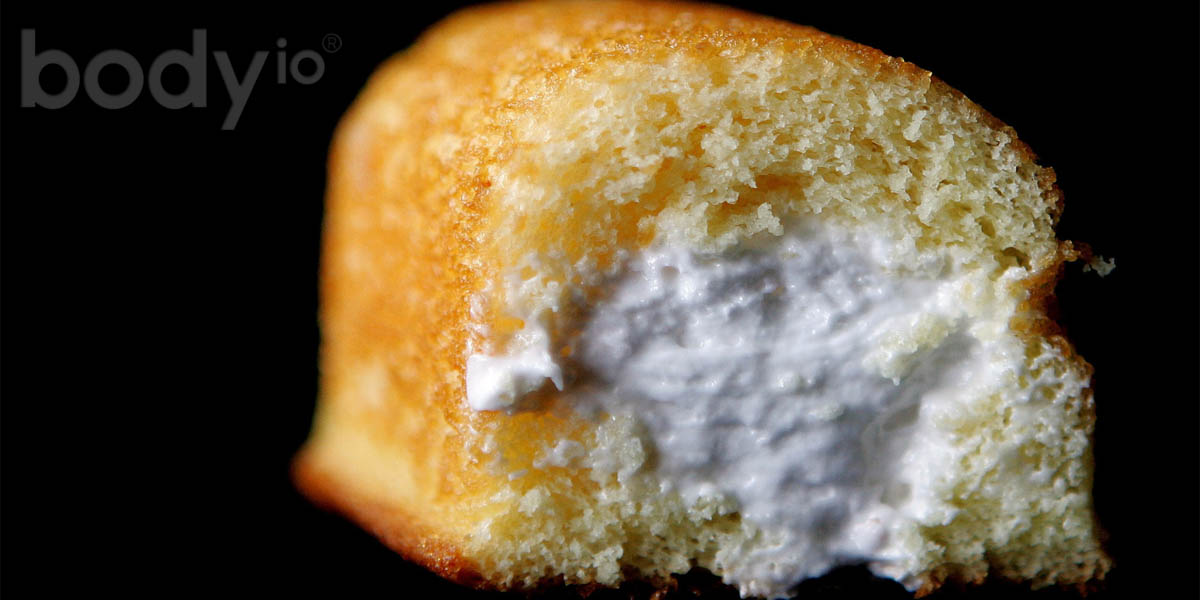 Insulin has the opposite effect of LPL in muscle cells, however. When insulin levels rise, they decrease concentration and function of LPL in the muscle. This has one direct consequence: your muscles literally can’t burn any of the fat floating around in your system. They’re forced to depend on carbs. Where does all that extra fat go? Yep, your miniature Twinkie storage system.

A group of scientists even published a review of the metabolic downside of carbs at breakfast time in the British Journal of Nutrition. One thing they observed, with people eating a breakfast full of carbs, is that muscles have a hard time burning fat for the rest of the day. The culprit? LPL is turned off in muscle tissue with insulin around—and it skyrockets in fat cells.

Okay, if we can’t eat carbs, then what about an all protein diet—or at least a heavy protein diet like all those famous physique prep coaches use? Eating nothing but protein should be the holy grail, but it’s not. Although lots of studies explore how well high-protein diets (extremely high protein) preserve muscle tissue and accelerate fat loss, they’re only examining obese populations. If you want to get ripped, this becomes a problem because there’s another lipase player on the field: hormone-sensitive lipase (HSL).

HSL is responsible for getting fat back out of fat cells by breaking triglycerides down into fatty acids that can mobilize out of fat cells and get used for energy elsewhere. Insulin shuts off HSL in fat cells at the same time it shuts off LPL in muscle cells, so this all makes total sense: Why release fat from the fat cells if the muscles can’t burn it? Large influxes of amino acids, however, can also cause insulin release—and some can do so independently, like the branched-chain amino acid leucine. 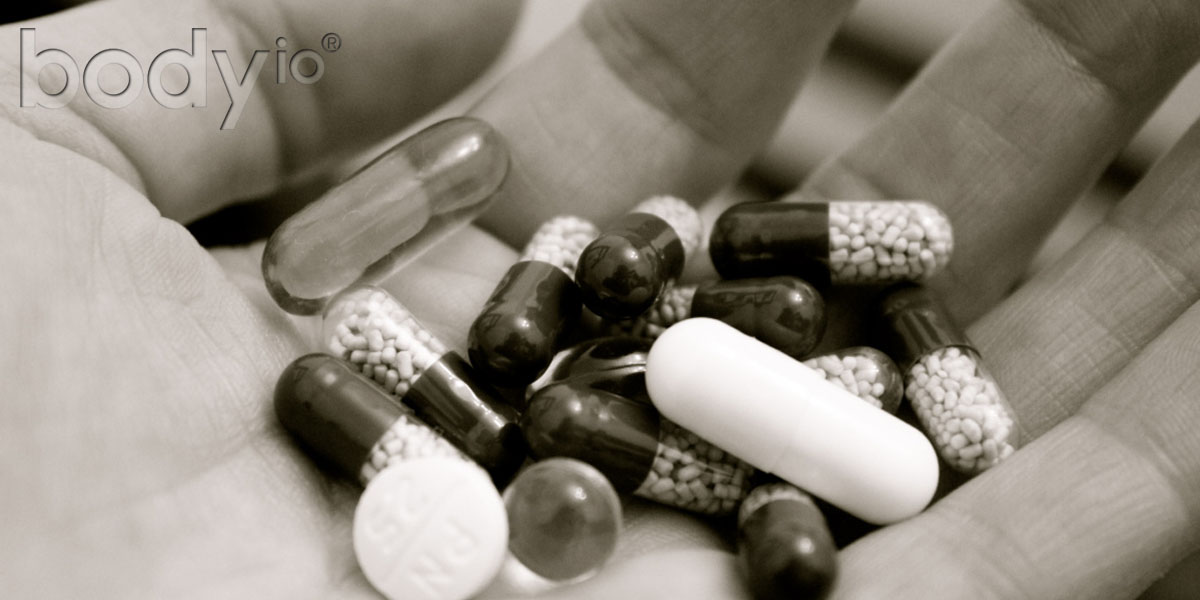 These ultra-low fat and ultra-low carb diets, however, work for pre-contest prep. Where’s the discrepancy? Well, why do you think people pop fat-burners like they’re Pez pre-contest? Because it’s necessary to make the high-protein lipolytic. Stimulating the beta-andrenergic pathway in fat cells (the same pathway adrenaline stimulates) forces HSL activity to turn back on in fat cells, increasing fat burning in muscles. This has consequences, though. Over time, the body becomes insensitive to adrenal compounds, nullifying the effect. These diets essentially have to rely on a ton of chemicals to fix the problems they create in the first place.

It’s simple. When you eat predominantly fat, your body doesn’t like to store it, so it burns the shit out of it. Whenever you try one of the other two routes (ultra-low fat, or ultra-low fat and carb), you need chemical assistance to make things work. By the way, did I mention that ultra-low carb diets stimulate LPL activity in muscles while decreasing LPL activity and sparking HSL activity in fat cells? I guess I just did, so there you go.

This is where The Carb Nite® Solution comes into play. Eating all fat is great—it even downregulates the enzymes necessary to turn carbs into fat—because it makes you burn fat. If you stay ultra-low carb for too long, however, metabolism starts to drop off and fat burning slows. Carb Nite addresses this beautifully. By eating carbs one night per week (note, one night), you can stoke all your fat burning processes without gaining fat. It’s quite elegant in its simplicity and power.

So, after all this science, do you need to eat fat to burn fat? Definitely, irrefutably, yes.