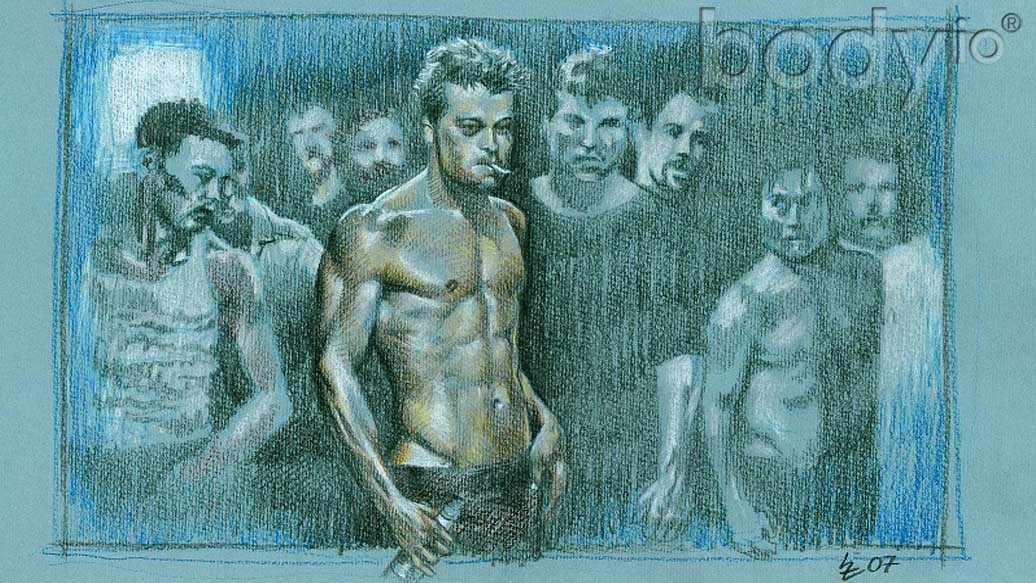 “How To Starve Your Way To Health” adorns the cover of this month’s Harper’s magazine and I took it as a call to act. I haven’t said much about fasting—intermittent or otherwise—because I know there’s a lot right about it. By right, I mean healthy. But I know there’s something very wrong too. Until recently, I didn’t know what, only a non-scientific, experience-based something.

The Harper’s article covers the history and basics of long term fasting, which has done several people, including the Harper-article’s author, a good turn, just as intermittent fasting (IF) does for its users. Although long-term fasting interests me, it’s a side note compared with IF which interests a lot more people, including regular visitors to the Body.IO Forums.

I was skeptical of IF before ever trying it. Not because of the claims; not because the entire idea hinges on a solitary, poorly researched physiological reaction; not because it wasn’t my own pet project. I was skeptical because I’m a scientist and IF had no long-term studies dealing with body composition changes. Any claims—good or bad—needed investigating, not codifying.

What piqued my interest in IF in the first place is it’s similarity to Carb Back-Loading. When I was developing the Carb Backloading (CBL) protocol, I first learned about IF from the book The Warrior Diet by Ori Hofmekler. The gist of the similarity: CBL might be optimized intermittent fasting, or IF might accelerate CBL results. Either IF is CBL taken to its logical conclusion (not eating anything all day certainly means your carb count stayed below the maximum threshold), or CBL is a refinement of IF.

IF misses—as did the author of the Harper’s article—the fact that metabolically fasting works because of the absence of carbohydrates, not simply the absence of food. When you strip carbs from the diet, lipolysis (the breakdown of triglycerides into fatty acids) skyrockets and lipogenesis (the re-esterification of fatty acids and glycerine into triglycerides) are stunted. Lipolysis means fat cells get empty, lipogenesis means full. These two processes occur constantly and simultaneously, regulated by insulin. High insulin drives lipogenesis; low, lipolysis. Remove carbs—and the resulting insulin spike—and the switch flips, increasing lipolysis over lipogenesis[1-2].

Carbs and insulin even spark the metabolism caused during refeeding if carbs or calories have been restricted for prolonged periods. It’s not food in general, but the carbs perform the metabolic magic[3-19]. Try intermittent fasting with protein-and-fat-only refeedings and you’ll see what I mean or check the research. Better yet, do both so that experience makes the facts more salient.

It appears as though carbs play sinner and saint. It all depends on when you use them.

Research definitely shows a GH response that occurs during a 24 to 36 hours fast. Arguably, this effect spawned the resurgence of IF in the modern era (fasting, intermittently or otherwise, gained some popularity back in the 1960s[20]).

We can trace today’s variant to a 1988 paper[28] (yes, I put the link because I want you to read it). Note how responsive volunteers were to growth-hormone-releasing hormone (GHRH) at 8A.M., pre-feeding and that this response existed independent of the fed or fasted state. This is identical to the GH spike that follows the early A.M. rise in ghrelin (which is the most potent natural GH secretagogue of which we know[21-23]), if you forgo early-morning carbs[24-27].

None of the research demonstrating the increased GH secretion—which can be two-fold normal[27]—tests more than a week of IF’ing[28-32]. Studies done on sports performance during Ramadan* show that any advantages abate within a four week period and, in general, sports performance decreases[33-38]. So it is possible that whatever advantage the GH burst does produce subsides over time, especially metabolic, for which direct supporting research does exist[39].

*(Realize that Ramadan is not in direct accordance with today’s popular IF protocols, as Ramadan fasts last only about 14 hours and the normal intermittent fast lasts 20-plus hours. It is reasonable, however, to question IF based on these observations, especially when research does exist to confirm the comparison.)

Don’t be rash and dismiss IF yet. Lots of people see results with IF, but adherents only observe certain things in themselves while living free. Without a controlled experiment, or reliable measuring device, these results only give us questions that need answering.

If we should realize anything about our status as human, it’s that being human means noticing anything—however trivial or disconnected—that supports our expectations and ignoring everything that doesn’t. It’s called belief bias and we all do it, even physicists.

Sir Francis Bacon developed our current framework of the scientific method in his Novum Organum for the simple reason that he lacked trust even in his own judgment. He needed a bullet-proof process to prevent fooling himself into false beliefs. His solution: the scientific method of observe, hypothesize, experiment, confirm or deny, and start over by observing anew. If only we were all so wise.

Someone offering as proof, “well, it worked for me,” kills all progress in the world of human performance and creates an environment where fact battles popularity, a fight everybody loses. (How else could Weight Watchers survive this long?)

What I have yet to share, what forced me to discover the scientific something that is wrong with IF, is my own trial with intermittent fasting. But this article has gone on long enough, it’s 2 in the morning and I present at a conference this weekend for which I have yet to prepare. I’ll save my experience, my discovery and a full critique of IF for the next few articles.

I will leave you with this, however, the reason I don’t recommend IF: it is very definitely anti-anabolic—that’s right, prevents muscle growth.
[expand title=”References (click to expand)”]