Intuitive Dieting: Can the Anti-Diet Help You Lose Weight? 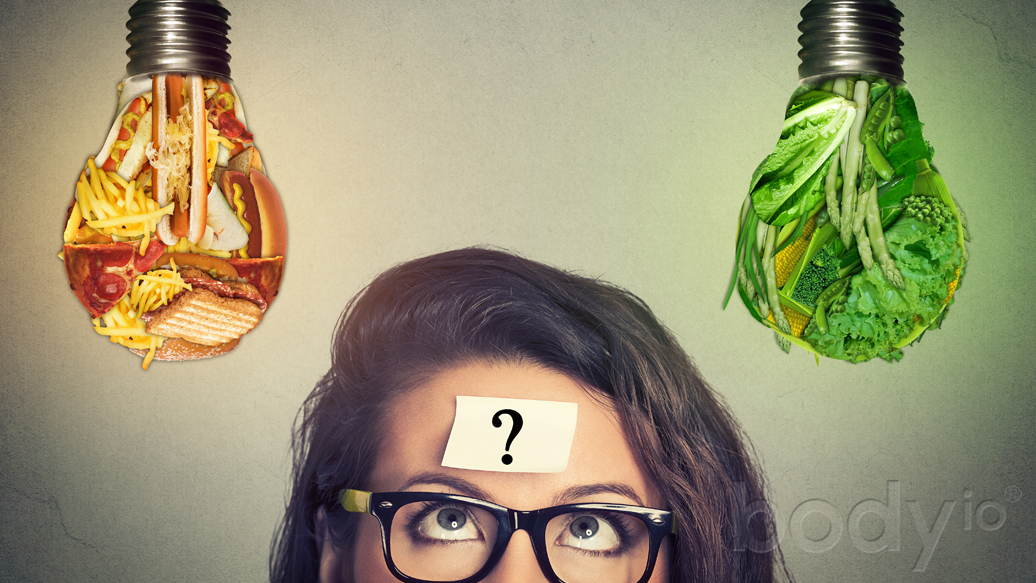 iet? Yuck! Many people cringe at the word, associating it with restriction, counting, elimination, and most likely frustration!

Well now there’s a way of eating that’s been around, yet is trending more than ever before. It’s considered the anti-diet, otherwise known as intuitive eating.

Intuitive eating even has its own hashtag. If you’re lucky, you may even be able to witness hot chicks with duck lips taking a gym selfie on Instagram under hashtag #intuitiveeatingchallenge. For desperate people searching for answers, this may be appealing. To each his own.

The term intuitive eating was coined in 1995 and is sometimes referred to as body wisdom. The fundamental idea behind the term is that, if listened to, your body “knows”what amount and type of food it wants in order to maintain nutritional health and weight.

Hmm…is it just me or does the term maintain stand out of that definition? The question we want the answer to is, “Is ‘intuitive dieting’a better approach for weight loss, health, and long- term success compared to traditional dieting?”

Looking at the Research

In an article investigating relationships between intuitive eating and health indicators, researchers looked at both cross-sectional surveys and clinical trials to reach their conclusions on what this way of life might have to offer.

In addition to investigating BMI and weight loss, the team considered other indicators such as blood pressure, cholesterol, and C – reactive protein (a marker of inflammation/stress). While the evidence is mixed regarding blood pressure and cholesterol, improvements in C – reactive protein were found. In other words, participants were less stressed using the intuitive eating approach.

The take-away from this literature review is that the implementation of intuitive eating does not result in significant weight loss but may be a good approach for weight maintenance and reduced stress.

Sorting Out the Science

There is a place for epidemiology and correlation studies. The outcomes often pose a question. However, this literature review is a great example of why studies investigating the relationship between two variables is simply not enough to reach a conclusion. Therefore, intervention studies are necessary.

For example, in the cross-sectional studies analyzed in this article, those who practiced intuitive eating were more likely to have a lower BMI than those who did not. Yet, when researchers used intuitive eating as an intervention weight loss approach, it did not work.

Could it be that those who practice intuitive eating have already dieted and experimented enough to obtain body wisdom? I believe wisdom is achieved through trial and error. Thus, you can’t be successful at intuitive eating as a weight loss and maintenance approach unless you’ve acquired some knowledge along the way. The anti-diet approach should be earned and thought of as part of a retirement plan.

Nutritionist, Certified Personal Trainer, BA Journalism, MS, RD and also a NPC bikini competitor. My area of expertise is in working with clients who may be metabolically challenged, improving health outcomes, and physique building.