The Magic (Or Lack Thereof) of Soy 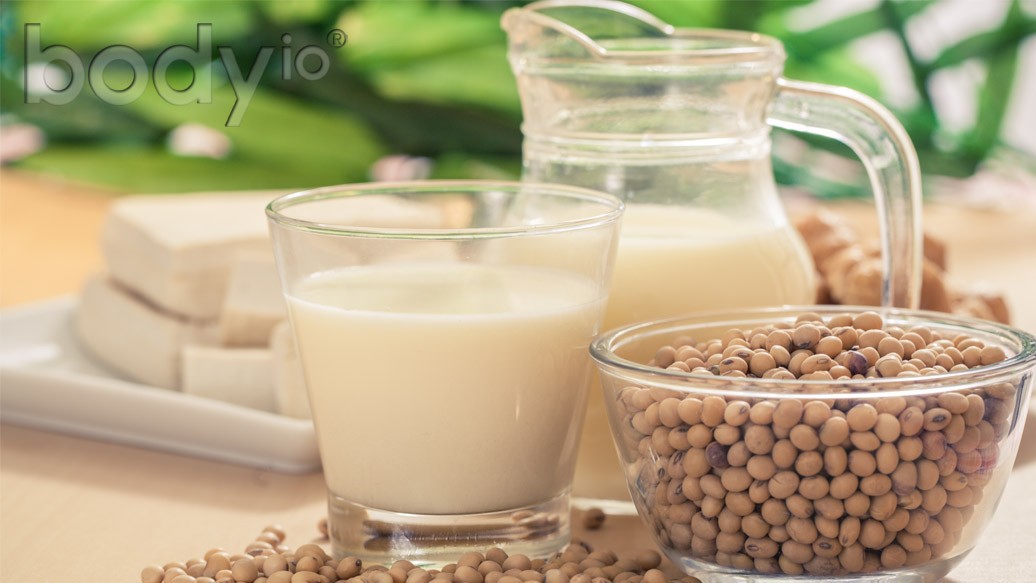 More from my original research notes:

oybeans are used for damned near everything: as industrial lubricants, cleaners, diesel fuel additives, paint removers, crayons, meatless burgers, non-dairy ice cream, infant formulas, and high-concentration protein powders. Read the ingredient labels of various common food products, and you’ll see that many of them are fortified with some type of soybean product. For the scope of this piece, the majority of our attention will focus on the generalities of soy products, because all soy products carry hormonally active substances called isoflavones.

Soy protein is highly digestible for a plant protein, but it’s nothing special in terms of bioavailability (BA). Its level in this regard is only about 92 percent of that of regular milk protein[1]. In fairness, however, when compared to milk, a much higher rate of essential amino acids is lost, and therefore unusable, during soy protein digestion[200]. Studies on the BA of soy protein place it just below egg and milk, but far below that of whey proteins[2-6, 202]. This makes soy equivalent to most animal meat sources in this regard[201]. Long story short, soy protein is an extremely cheap and moderately potent protein.

Be careful when considering the implications of the paragraph above. Soy protein only possesses a relatively high BA when it’s isolated. This high BA doesn’t apply to soy products in general, because they’re low in the essential amino acid methionine[4,7]. More importantly, they contain chemicals that decrease the digestibility of protein[8, 9, 198, 199]. Consuming soy products can decrease the protein quality of an entire meal[10]. For example, beef normally has a BA of 90 percent. When consumed with soy, this reduces to 26 percent[11]. Adding soy products to a diet—other than soy protein extracts—severely quiets the body’s ability to digest protein.

Soy has been shown to lower cholesterol levels[7, 12-55], and has been implicated in attenuating breast cancer risk[56-70], softening the severity of hot flashes during menopause[71-75], and decreasing prostate cancer risk[35, 76-96]. It should be noted that the results in humans are somewhat less than promising for prostate cancer[42, 97-100], and the significance of soy’s impact on blood lipids has been called into question[26, 27, 101-105].

Also, if you think drinking soy milk is a convenient way to lower your cholesterol levels, think again. Soy milk is far less effective at this than other soy products[106-110]. Regardless, this is still an interesting list of characteristics, some of which are beneficial.

Most of these effects aren’t caused solely by the soy protein itself. Soybeans contain high levels of potent substances called isoflavones. Isoflavones, chemically active in humans and other animals, appear to be responsible for several of the major benefits of eating soy protein. Understand, however, that several other plants also possess isoflavones which may have actions in humans[50, 111-117]. Soy just happens to have very high levels of many different isoflavones.

At this point, you’re probably ready to hear me say that soy protein and soy products make an excellent addition to any diet. I’m not going to make that recommendation, though. For all the benefits derived from soy and isoflavones, there are many downsides we don’t hear about—and new consequences of consumption are discovered almost daily. Although there are many possible side effects that result from eating soy, there are three main reasons to avoid it. Soy:

As you can see, eating soy creates a situation which diametrically opposes healthy fat loss. This is obviously counterproductive. There is some evidence, although not much, that soy protein may increase fat loss in genetically obese mice[213-214]. If you’ve read my leptin write-up, you’ll recall that the vast majority of obese humans aren’t genetically obese. The bulk of the evidence favors eliminating soy from any fat loss diet until more research is performed.

In addition to potential problems with fat loss, there are other reasons why you should be concerned. Soy-based products:

The majority of potential side effects from soy—both good and bad, are currently uncertain. Most of the studies use good methods and have solid results, but they haven’t been reproduced or followed up in humans or other animals. This isn’t an all-inclusive list, either.

Luckily, the potential for developing these maladies will mostly occur in individuals who consume large amounts of soy products. In western nations, this consists almost exclusively of two groups: Vegetarians/vegans, and infants consuming soy-based formulas[178].

My primary concern here is for infants who have concentrations of potent isoflavones in their system, since this is 13,000-22,000 times higher than normal[179]. From animal studies, levels this high are potentially hazardous to infants[160, 164, 165, 180-186]. The difficulty of predicting the effect of this extremely elevated level of compounds is complicated by the lack of knowledge of what other properties soy and its isoflavones might possess.

This is why I hesitate to recommend soy protein as a dietary supplement. My advice runs contrary to most: Soy consumption should be kept to a minimum, and you should avoid using soy infant formulas with your children. There are just too many unknowns, and numerous researchers tend to agree that much more study is needed before incorporating large amounts into a diet[187-193].

You also shouldn’t be worried about losing the cholesterol-lowering effects of soy. Researchers have found that simply replacing 25 percent of your dietary carbohydrates with non-soy protein produces better health benefits on blood lipids than supplementing with soy[194-197]. At the very least, soy products should play no role in any kind of weight-reducing diet.