The Genius Behind the Calorie 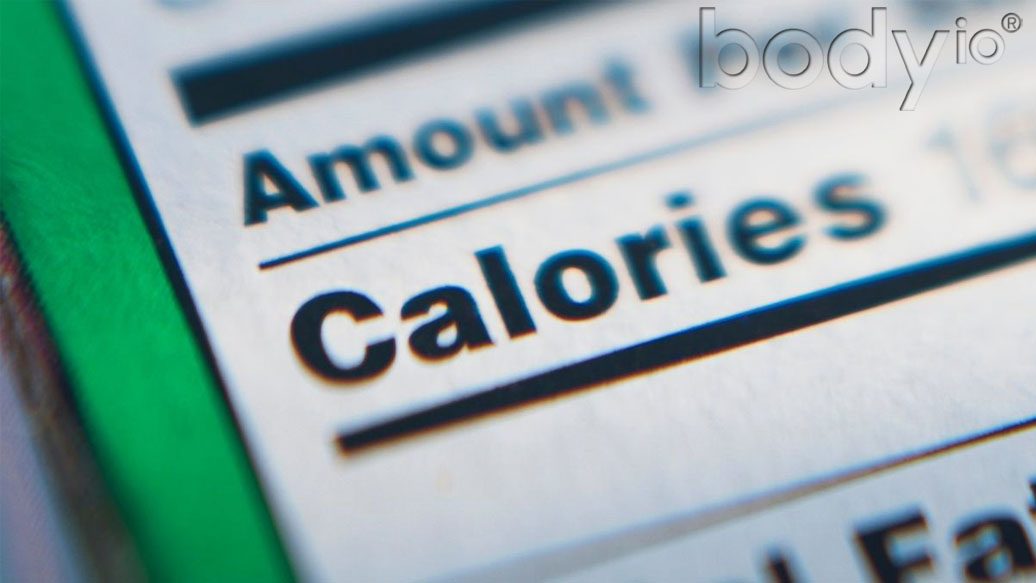 indsight spawns hubris. Once familiarity with a concept becomes cultural, people lose all sense of the imagination, genius and intellectual challenge that someone experienced to advance and expand scientific knowledge. Even the concept of the number zero, probably something few ever think on, hid from the world of numbers until some mathematical philosopher recognized the power and utility of symbolizing nothing.

Without considering the intellectual work behind the origin of everyday concepts, or the herculean amount of work put into the discovery, a misused idea suffers harangues from the ignorant. A favorite whipping post of the last few years is the Calorie, with a capital C.

Note: The capital C in Calories represents food Calories which is 1000 times the value of a heat calorie. Often, in other work, I prefer to use the abbreviation kcal for kilocalories. I make the emphasis here because the author of the heretofore mentioned article is too ignorant to know even the basic facts of his subject matter.

The Calorie is a robust and indispensable scientific tool, the work of dozens of people across two continents spanning 50 years. All of the unforeseeable trouble the Calorie would cause does not diminish the genius of the scientists who hypothesized, tested, proved and crafted the Calorie into a tool that permeates daily life. That the Economist website, of all publications, would publish an article entitled Death of the Calorie made me want to cancel my subscription to the print magazine.

Reading the piece exposes the true purpose of the title: click bait (and possibly an allusion to the author’s inspiration, an article of the same name published four years earlier). The author is an aspiring journalist who went on a diet, lost weight, and after doing so, like many others, wants to appear as a newly ordained diet priest. What better way to be heard than by spreading the gospel of everything matters—sleep, the gut microbiome, processed food, micronutrients, blue light toxicity, glycemic index, etc.—except Calories.

I’d be generous to call the article pathetic. Calories, in some regard, matter more than all of the items he mentions combined, but still not as much as other factors, which are woefully absent from the article. Setting aside for the moment the buzz-worthy canards mentioned in the article, the real question is:

Absolutely not. Surprised by my answer? Well, I’m not surprised if that’s the case. I’ve launched many a diatribe against Calories. But there’s a difference. I don’t denigrate, reject or throw away the Calorie concept: I’m careful to trash the underlying ethos behind the idea of “Calories in; Calories out”, which, these days, also implies that “a Calorie is a Calorie”. These concepts aren’t false, just too anemic to say anything useful beyond large scale behavior.

No one can deny that maintaining a significant dietary Calorie deficit leads to weight loss. Regardless of personal experience, which most people have, there is no shortage of well-controlled studies spanning more than 100 years demonstrating this fact.

The flipside of this research displays another truth, although an unwelcomed one. Caloric deficit and the resulting loss of weight bear no relevance to anything that matters. Weight loss doesn’t necessarily improve health; weight loss doesn’t necessarily mean fat loss; weight loss doesn’t mean permanent. I understand trashing the idea of Calories in vs. Calories out (CiCo) and the insanity that follows weighing and measuring down to the tenth of a gram and then counting every last Calorie, and freaking out over the four overlooked Calories in a piece of gum.

These ideas and behaviors need to die. For every study resulting in weight loss from Calorie cutting alone, there’s a follow up study showing that almost no one maintained the loss. Many study subjects gain even more weight back. Data is priceless and this data is no different: the basic premise of CiCo is true: a rough estimate of weight loss based on large Calorie deficits. CiCo , however, says absolutely nothing useful about any aspect of health, exercise performance, longevity, fat loss, muscle gain or any other worthwhile concept.

But does this mean the Calorie concept is useless?

An Insight of Genius

Calculate how much food the body needs to bicycle 100 miles at a pace of 20 mph (which, by the way, is slower than my fastest pace). Go ahead…I’ll wait.

Alright, I don’t expect an answer because I didn’t provide terrain, elevation changes, wind speed and direction, outside temperature, mechanical efficiency of the bicycle, or the aerodynamic parameters of the cyclist. Trust me, with all this information, one can calculate the amount of work required (in the physics sense of the word “work”), from which the amount of mechanical energy emerges.

What about the food part? Thinking about it for just a moment, imagining that the groundwork behind the Calorie had never been laid, where would one even start? It is by no means obvious that a method should even exist to convert the chemical energy in food into a meaningful estimate of how much work a human or animal can perform after ingesting that food. And yet, that’s what Wilbur O. Atwater—the father of the 4, 4, 9 values for the Calories in carbohydrate, protein and fat, respectively—spent his life figuring out, at a time before the discovery of insulin. I would argue it’s the last time that true science reigned supreme in the field of Human Diet.

Many scientists cleared many hurdles before Atwater could complete his magnum opus, Principles of Nutrition and Nutritive Value of Food. First, in what should still inspire wonder and awe, the human body completely burns any macro that’s used for energy, resulting in the same end products and same energy release as burning in the presence of oxygen. Atwater burned thousands and thousands of food items (and some animals) to obtain the averages of 4, 4, 9. The body just supplies a complex arsenal of enzymes and structures to extract the chemical energy slowly instead of at the uncontrolled rate of a camp fire.

Atwater, as much as anyone, was in awe of this result: “The most interesting result of all is that the energy given off from the body as heat when the man is at rest, or as heat and mechanical work together when he is working, exactly equals the latent energy of the material burned in the body. This is in accordance with the law of conservation of energy. It thus appears that the body actually obeys, as we should expect it to obey, this great law which dominates the physical universe.”

Atwater also needed a way to measure the energy in versus the energy out of human subjects. Adapting methods from Europe and working with physicist Edward Rosa, he managed to build the first human calorimeter and respirator apparatus. The device measured the heat produced, the work performed and the amount of oxygen consumed and carbon dioxide exhaled. After 300 studies and 10,000 participants, Atwater could finally answer questions like I posed above about the cyclist, questions which many today think of as simple. Because of Atwater’s years of relentless work, finding the answer today is actually pretty simple.

After Atwater’s death in 1905, work continued to measure basal metabolic rate and other bodily processes, resulting, at one point, in the construction of a calorimeter large enough to house 12 Girl Scouts.

The Calorie Gets Corrupted

Atwater, for all the trouble started by his work, never fully bought the idea that eating too many Calories made people fat. Of course, forced overfeeding studies do show that excess Calories lead to weight gain, but those differ in nature—and metabolic results—to the slow weight creep experienced by a small percentage of Americans in Atwater’s time and the vast majority of Americans today, where Calorie excesses of as little as four per day somehow lead to later age obesity.

Atwater was the first to admit the variability in both food Calorie values and human metabolism. He even recognized and mentions the difference, not only in digestion rates, but also in absorption. Atwater would have mocked anyone making such ridiculous statements that a single digit calorie differences from one day to the next could cause such extreme health problems.

Americans have been obsessed with body image and weight loss for over a century, but Atwater was pursuing more altruistic goals. He noted that healthy Americans ate “meat, fish, eggs, butter, milk, cheese, sugar, flour, meal, and potatoes and other vegetables”, in order of abundance. Immigrants at the time lived on a diet of vegetables and suffered extreme malnutrition and health problems.

Atwater hoped to find some way to build an equivalent or healthier diet from cheap vegetables. By exposing the energy (and nutrients) in different types of foods, he could create Calorie-equivalent menu plans for the underprivileged and poor of health. (I hope the irony here is clear: the vegetarian diet recognized as making people sick, malnourished and susceptible to disease at the end of the 19th century is the same diet being recommended for health at the start of the 21st century, and still makes people prone to sickness, disease and now a dependence on medications and supplements.)

Calorie corruption needed to wait over a decade after Atwater’s death—probably so that the creator would be unable to defend his creation. It should be no surprise that Los Angeles—which corrupts anything immature and innocent—spawned the idea of using CiCo for weight loss and health. With the 1918 publication of the immensely popular Diet and Health, with Key to the Calories, Dr Lulu Hunt Peters connected the ad hoc abomination of CiCo with the idea of health and weight loss, embedding it in popular American culture and infecting the entire academic edifice of diet and health theory for the next century.

Can the Calorie Be Killed?

No. I’ve spent the last decade deriving mathematical models for human fat loss, health, performance and body recomposition. Much of the information needed didn’t exist until the last several years, which makes it obvious that the simple idea of CiCo is just that: simple. Too simple to do anything useful with on its own.

I worked tenaciously to derive equations to predict the amount of carbohydrates needed in the diet where Calories do not enter into the parameters; equations for accurate protein needs, again without the concept of a Calorie entering into the variables; and equations for exactly how much fat can be lost each day, which, again, do not rely on Calorie calculations.

After these calculations, however, the amount of dietary intake of food to cover any energy deficits needs finding. Despite this Calorie-free parameterization, the problem of equating the body’s heat production and work capacity to the chemical potential stored in food is a pure physics problem: conservation of energy. No matter how complex the calculations used for macro nutrients, at some point the need arises to convert two fundamentally different forms of energy into a common value. Atwater tackled this problem and provided the solution before 1900.

Of course, over the past century scientists developed more accurate methods for equating the chemical energy in food to human work potential. But all of their work builds on an ingenious idea spawned almost 150 years ago when a few renegade scientists wondered if the nascent science of the heat engine would solve a biological mystery.

To say that the Calorie is dead is intellectually infantile and scientifically stupid.