Letting Go: The Secret to a Big Bench 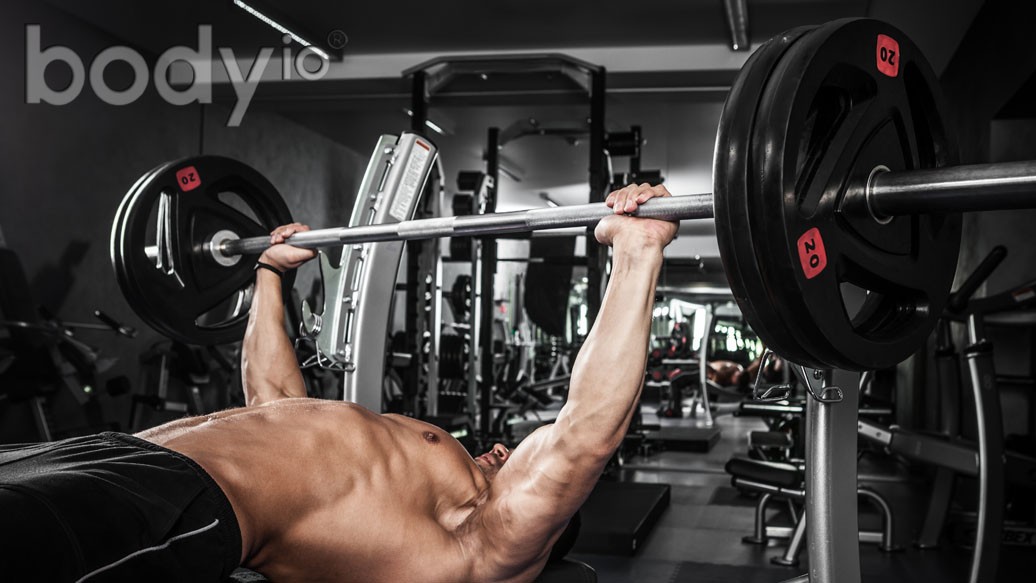 Most athletes excel or fail on their belief of a simple rule: technique is everything. Professionals in baseball, tennis, swimming and power lifting all abide by it. Ergo, if you want a big bench, learn how to bench right. Anyone can learn and teach technique, which leads to the precipice of exceptionalism, but to leap over you need a little more—well, in truth, what you need is a lot less: a lot less safety, a lot less control.

I can’t emphasize enough, nor will I ever fail to emphasize, that an essential part of progressing in the gym—tone, mass, strength—derives from training the central nervous system (CNS), and achieving your maximum possible lift at any given moment is inseparable from a properly honed CNS.

This, I’m sure, comes as no surprise. An impaired nervous system obviously spells less-than-peak performance, but a properly functioning nervous system also limits your lift: not only is it designed to transfer intent into motion, the nervous system also prevents the body from moving too fast or with too much force, a protective measure against pulling, tearing or dislocating. If you can teach your CNS to ignore the rules and relinquish the safety controls, the results can be astounding.

Roughly a year ago, before my series of injuries, I weighed a solid 204 and benched 405, to the chest, a slight hold before exploding the bar to lockout. No one assisted during the lift—although I did take a hand off out of the rack—and I went sans lifting gear: no wrist wraps, no bench shirt, no belt, no lifting briefs, nada. In Hindi, the phrase would be Neti, Neti—neither this, nor that.

At first, this achievement doesn’t seem very impressive, and honestly, I wasn’t even impressed: 405 is nothing extra-ordinary. Then I ran the numbers. Using the normed bell curves for what the average male can bench press as a percentage of body weight, I found that benching 200% of my body weight put me over five standard deviations above the norm. Translation: out of six billion people, only about 100 can bench close to double their body weight or more without lifting equipment. The absolute number isn’t too impressive, but the percentage is. Unfortunately, I know some of the top power lifters in the world, many of whom can bench more than double their body weight, unassisted; so I have to confess that, yes, I still feel weak.

Personal feelings of inferiority aside, I have always prided myself on technique. Before focusing on a big bench, I used nearly perfect bodybuilder form on the bench: upper arms 90 degrees from the torso, a 90 degree angle at the elbow at the half-way point of the movement, the bar touching my chest about two inches below the collar bone. Perfect textbook form does not mean perfect form for strength or a particular person’s body mechanics and I’ve since learned that benching is an art as much as a science, discovering that a hybrid of a strict bodybuilder’s bench and that of a power lifter suits me well. My shoulder blades stay pinched together throughout the movement, I tuck the elbows toward my body, resting the bar about an inch above the nipple line. I arch my back slightly and keep my abs tight, and when I set the bar on my chest, I don’t focus on pressing up through my arms. I drive my shoulders into the bench and focus on moving the Earth away from the weight (both are physically equivalent ways to look at it, but it feels incomparable).

I didn’t discover this position overnight and it took time to find my groove, but now, when I hit the bench, tighten my shoulder blades and grab the bar, my body snaps into position and the bar follows a nearly identical trajectory whether I’m pushing 45 pounds or 405 pounds. This created my groove and repetitive movements solidified it, but that only got me to about 350 on the bench. The last 50 pounds came with letting go.

The nervous system has to let go. The key to a big bench, or any big lift, is teaching the nervous system to fire without restraint. Without too much effort, it can be programmed to do so selectively—stay safe when needed, unleash when told. The nervous system is like Pavlov’s dog: give it associated stimuli long enough and the reaction caused exclusively by the first signal, can now be triggered with the new signal. All that’s needed is a cue, for which we can use a specific body position and a pressure point.

Step 1: Learn how to bench.

You may benefit from a power-lifter style bench. I’ve worked with people who’ve increased their bench by 25 to 50 pounds by changing from a bodybuilder’s bench to a power lifter’s. Like I said, mine is a hybrid of the two and I suggest you experiment. Here’s a great example of benching right, power-lifter style, by Team Samson.

This is the magic. Get into position on a bench with an unloaded bar. Unrack the bar and bring it to your chest with your body tensed as if you’re about to press your maximum weight (you may need to pull the bar down to your chest; if so, you also need to do a lot of stretching and maybe some lower trap work, which I’ll cover in another post). Accelerate the bar as forcefully and evenly as possible. The bar should have enough momentum at lockout to lift your torso off the bench. That’s your goal: get as high off the bench as you can. Do this for 6 reps, holding the bar to your chest before pressing—that is, lower at medium speed, pause on the chest, then press. The motion of every rep should feel identical. Practice until it does: this is your groove. Progress to about 75% of your max in manageable steps; during each set, accelerate the weight as fast as possible, which, as the weight gets heavier, will not be very fast at all. My routine would be: 45×6; 135×6; 185×4; 225×4; 275×4; 315×4. Remember, these are all pause-press (pause at the chest, then press).

After a few weeks, try your max at the end of one of these cycles.

This is the science of selective CNS down-regulation, or letting go. And letting go doesn’t mean letting go of the bar at the top of the thrust on the bench press; hold onto that thing for dear life. I’ve seen people teaching supposed plyometric techniques that employ throwing the bar into the air and catching it. Even on Smith machine, the first time you miss catching it will be the last time you have a pretty smile.

Don’t be surprised when people make fun of you or snicker after your first few sets that launch you off of the bench—and they will make fun of you. Learn from your nervous system and let it go. After your bench increases by 50 pounds in a month, they’ll ask to hear your secret. Say, “I’d tell you, but it’ll only make you laugh.”