The Comeback: How to Get Your Body Back 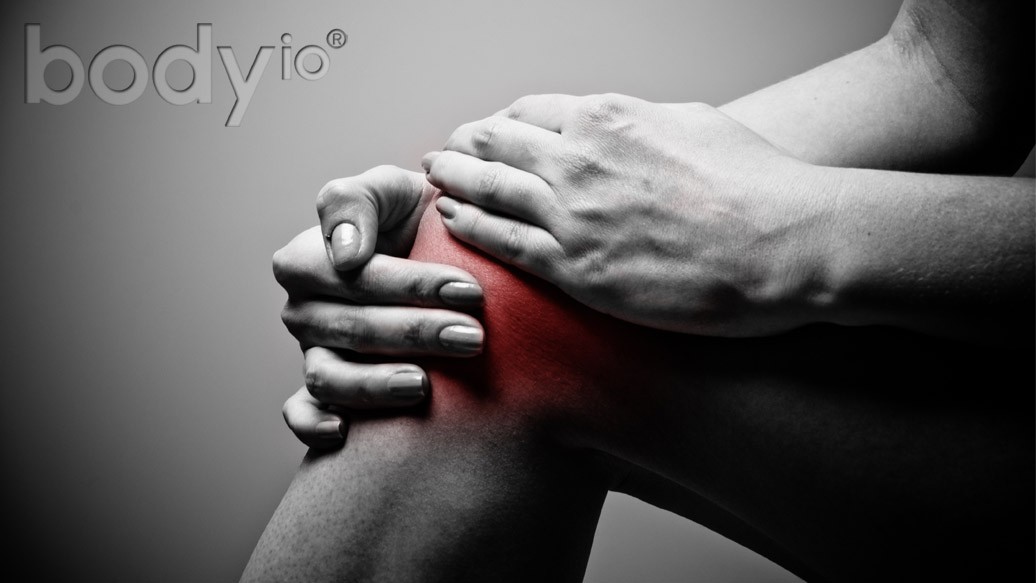 ho you are doesn’t matter, nor does it make a difference how badly off you are. You can make it back to what you used to be—or, perhaps, go where you’ve never been before—and smart strength training is the path that will get you there. I’m going to tell you about two people I’ve worked with who’ve made dramatic comebacks from serious injuries. Working with these people has convinced me that there are things anyone can do to get better, and it all happens through systematic, intelligent strength training.

If you think your “career” as a healthy, fit person is over because of debilitating pain or serious injury, I’m here to tell you that you’re probably wrong—and I’ve got several clients who can back this up. Read the following two accounts, reconsider your situation, and give some thought to what getting stronger can and will do for you.

Amanda came to me in tears. Literally. A high school soccer player at Lexington Catholic here in Kentucky, she had suffered three non-contact anterior cruciate ligament (ACL) tears and believed her soccer career was over. She was extremely weak, had no coordination to speak of, and she’d been advised by multiple medical authorities to stop playing altogether.

In less than a year, we were able to get her back on the field. She transformed from being one of the slowest girls on her team to one of the fastest—and a major contributor—and she ended up playing her junior and senior years in high school with no knee braces, and no further injuries. To this day, she hasn’t had another knee issue.

A Steady State of Injury

The first thing I needed to do with Amanda was to sell her parents on the fact that she needed to stop running. She’d been doing a lot of endurance work as part of her rehab, and as a result, she was slow, uncoordinated, and probably at greater risk of injury than when she started. We needed to get her stronger, so we began with some basic bodyweight and warm-up exercises, eventually working up to sled dragging, deadlifting, and squatting.

Endurance training isn’t the right way to rehab injuries like Amanda’s, but nobody was telling her that. Nobody had taught her how to stop and start, and she didn’t know how to move properly. She didn’t possess the ability to control her own body—and when that happens, injuries can happen at any point. This lack of strength and body control is the main reason why ACL tears are the primary injury concern for young female athletes. In Amanda’s case, she didn’t do anything else but play soccer, she had little control over anything, and it had all gone wrong because she was weak.

When someone in Amanda’s situation first comes to me, I’ll generally start them out with what they’re capable of doing, and I have several landmarks in mind that I think they need to reach before they’ll be able to play. There are two questions I need to address at this point:

1. Is this person going to have the ability to work through their situation.
2. Is there something “wrong” with them, or have they simply not been training properly?

Building Amanda’s strength taught her to control her body. She learned to start and stop—to accelerate and decelerate. We gave her the ability to do these things in solid athletic positions, because if you don’t have the strength to do that on the field, you’re bound to get hurt. Getting stronger allowed her to make her body do what she wanted it to do, and it happened faster than anyone treating her ever thought possible.

When I first met Mike in 2002, he was 47, and just coming off his second hip replacement. This was necessary because of a genetically-caused degenerative disease that disintegrated the cartilage in his hip. He’d also been suffering from an undiagnosed knee injury from a skiing accident. His knee was so badly damaged that his doctor told him he’d be lucky to get one more year out of it before he’d need a total knee replacement.

Mike is the Vice President of operations for Turf Catering at Keeneland Racetrack in Lexington, KY, where he’s essentially responsible for all the food services at the track. It’s a major operation, and a big job, and he needs to be mobile to operate his business effectively, especially during race season. He’s also a serious skier, and his hip and knee injuries had effectively eradicated that part of his life.

Mike was weak, and he walked like a dump truck. His hips crashed when he moved, and he had no core stability. He couldn’t even stand on one foot. Again, we started him with bodyweight exercises and our warm-up, then progressed him to sled dragging to teach him how to use his core and get him walking properly.

After a while, he began to recover—buying eight extra years out of a knee a specialist told him wouldn’t even last one. Once Mike finally had his knee replacement, we started building some serious strength, working him through carries and deadlifts in two hour-long sessions each week.

The key for Mike was the same as it was for Amanda: Building strength. I wanted to get his core functioning properly and make his body work as a unit so his individual joints weren’t doing all the work.

When Mike had his knee replacement three years ago, his doctors also took a look at his hips. To their amazement, he had no wear on his hip replacement whatsoever. None. They said they’d never seen anything like it. The reason why? Mike built his strength over a period of years, taking all the stress off the areas that shouldn’t have been bearing it, and distributing loads in a more efficient way. His hips and knees aren’t bearing the entire load anymore—and his stability isn’t coming solely from his spine and his joints.

Amanda had three ACL surgeries, and she made it back. She hasn’t had a problem since. Mike has had two hip replacements and a knee replacement, and he’s made it back, too. He’s working, skiing, and lifting weights like an animal. How bad is your pain? How badly are you injured?

This isn’t meant to be taken as a challenge. I’m not questioning your toughness. What I want you to see is that it’s not about those things—nor is it about giving up, or spending endless amounts of time on a treadmill and calling it “rehab.” Instead, the comeback is about intelligence—building your strength, learning how to move, and allowing your body to recover and heal by giving strength to the areas that need it.

Strength training can work miracles. You’re not done yet.

Jim Laird has been working as a Strength and Conditioning Coach helping clients achieve their goals since 1997. He has 4 years of Division One coaching experience and over a decade of working with clients in the private sector. He has worked with everyone from housewives who just want to look good and feel good, to professional athletes in the NFL, LPGA, and MLB; his most notable client being Scott Downs who is currently with the Chicago White Sox and is going on his 13th year in the MLB. Jim has helped dozens of young athletes achieve athletic scholarships to Division 1 schools and also trains a team of female Powerlifters. As an elite level Powerlifter, Jim pushed his body to the limit for years, and now understands the difference between working out to be healthy, and working out to achieve a high level performance goal, and he want to help others do the same. Learn more about Jim on his blog: https://1b.io/tn