The Power of Leptin 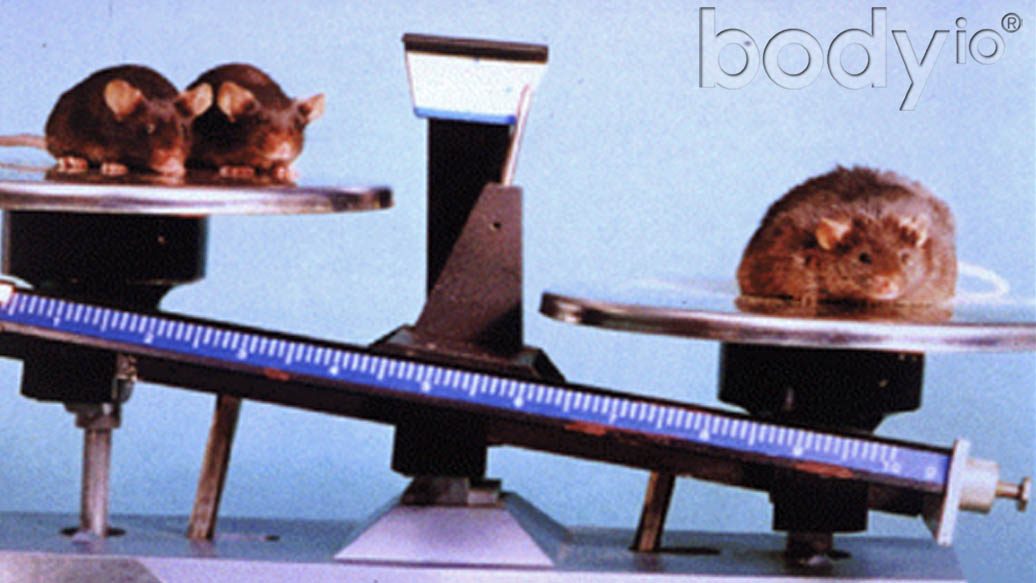 More from my original research notes:

Leptin’s story isn’t a long one, but it’s extremely important. The first thing you need to know is that its importance is typically ignored in most diet books—which is a completely wrongheaded omission, because Leptin is an extremely critical hormone in terms of obesity, the complications of obesity, and weight loss. This is a topic that deserves to be discussed in far more detail than it typically is.

In 1994, a mutation in a specific mouse gene led to massive obesity and type II diabetes[1]. This mutated gene was appropriately called the Ob gene (Ob being short for obese), and the mice were designated ob/ob—although there are other mutations involved that we’re not concerned with.

Normal mice without the defective gene produce a hormone that, when administered to ob/ob mice, causes them to lose weight, decrease body fat percentage, and reduce food intake (it suppresses appetite). The administration of this hormone even reverses the symptoms of type II diabetes[2-4]. It was called leptin after the Greek leptós, which, quite appropriately in this case, means “thin.”

This excited researchers a great deal, because it seemed as though a potential treatment for obesity in humans had been discovered.

As it turns out, humans also produce leptin[1], and those with the defective Ob gene are massively obese[5-6]. Before you start assuming obesity is genetic, however, be advised that this mutation is extremely rare in humans. In fact, it’s nearly non-existent[7]. Even though you’re probably not carrying around this defective gene, however, you should know that leptin is still an important weight control hormone for “normal” people.

Leptin is produced mainly in the white fat cells of the body. The more fat cells you have, and the larger they get, the more leptin is produced[8-24]. As a result, leptin levels correlate with the amount of fat stored—although some researchers differ on this[25-26]. Even in extremely skinny people, leptin levels are associated with the amount of body fat present[21].

There’s also evidence of subcutaneous fat as the major leptin producer[13, 16-18, 22, 27-30]. A higher-than-normal amount of fat gives you an incredible advantage when you start your weight loss program because of the high levels of leptin produced. This is explained below, along with some other interesting properties of leptin.

Leptin’s importance should be abundantly clear to you. When levels get low, you get hungry and your body stops burning fat. This may be the hormone that makes it nearly impossible to lose your love handles, hips, thighs, and belly.

When you’re dieting, the situation gets even worse, because most diets decrease levels of leptin[20, 111], making it difficult to maintain weight loss. The low leptin levels caused by dieting also make it very easy to regain the weight[111-113]. To neglect all consideration of leptin’s action when designing a diet is ridiculous, since nearly all researchers seem to agree that leptin is essential for weight maintenance[114].