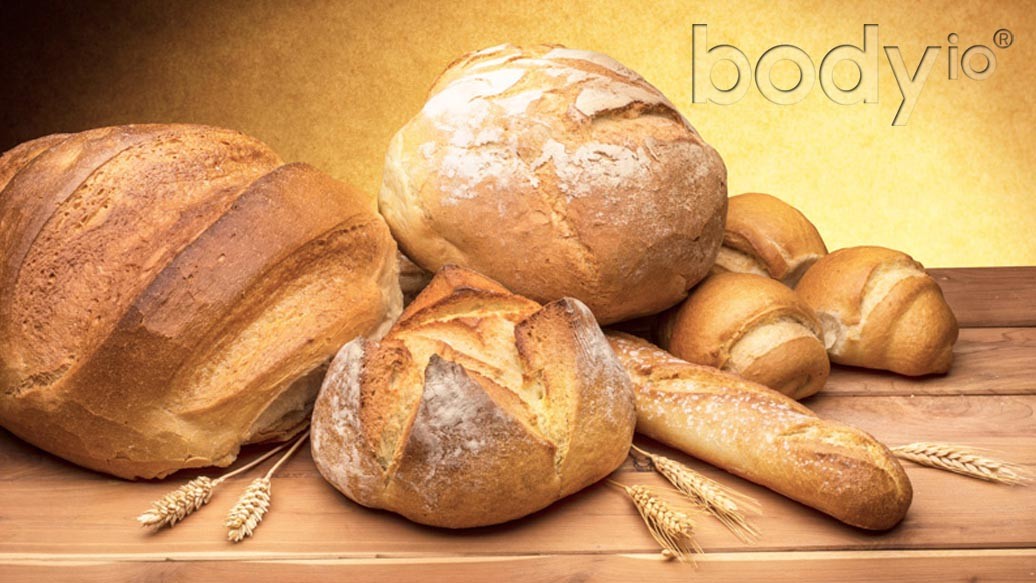 hen I read Caroline Gick’s article, “Gluten Intolerant or Glutton?” I laughed because I was actually envious. Caroline had found herself in a situation where gluttony mimicked gluten intolerance. On the other end of the spectrum, I landed in the same situation, but without the fun part – feasting on delicious treats.

Just to reiterate what Caroline already said, I understand that there are people who legitimately suffer from Celiac disease and other food allergies. This post is not meant to demean or diminish their plight in any way. What I discuss in this post will not work for people with Celiac disease. This post is for people like me who went on an elimination diet and discovered what they thought was a wheat allergy.

In my early thirties, I found myself single and living alone. Six years prior to that, I had been living with a man who ate bread and pasta, drank beer, and loved Nature Valley® granola bars. Before and while I lived with him, I had tried my fair share of elimination diets. I had even tested negative for Celiac disease – twice. The occasional wheat exposure didn’t have a negative effect on me, so I ate it periodically and in moderation.

Fast forward to being single and living on my own. I think we all try to better ourselves when we end up in situations like those. Not being tied down meant that I could focus on me, and I embraced that opportunity. I decided to further my education, indulge in recreational sports, weight train and eat right. Back then, “eating right” meant adhering to the Paleo Template. Living on my own meant I was able to have a wheat-free and grain-free Paleo kitchen! Furthermore, I wasn’t going to let anyone contaminate it!

Except, of course, my mother.

Mom is Italian and I’m pretty sure she travels with Italian bread in her purse at all times. When she’d visit, I would cringe as she unpacked her cooler. I would leave the room, take a deep breath and give myself a Paleo pep talk. “You don’t have to eat this crap. Be strong!” One night, Mom and I grilled some sausages and veggies. As we sat down to eat, Mom shrieked, “We forgot to cut the bread!” I thought to myself, Okay, if she really wants to eat this poison, then I can serve it and resist the temptation. Challenge accepted. I’ll slice the bread!

It only took me a matter of minutes to cut and serve the bread. For that reason, when I instantly broke out in a dry itchy rash on my hands, I was very concerned. Could it have been the wheat? I let the skin irritation subside before once again handling some left over slices to see if the rash would return. It did. I was clearly having an allergic reaction to handling wheat. I knew it. Paleo is the right choice.

I now had proof of my wheat intolerance. I even had my mother as my witness. I became obsessed with learning about and testing for food intolerances. Anxiety started to creep into my daily life. What if I accidentally ingested some wheat? Would I have an anaphylactic reaction? This led to me reading about anaphylaxis, which led to information about peanut allergies and recent studies showing that small timed exposures to peanuts can reverse peanut allergies in young children. Wait…What? Hormesis?

The mechanism of hormesis appears to cause overcompensation to re-establish homeostasis. An organism, or a group of them, responds to small stresses by becoming more robust, or numerous, in order to adapt to a challenging environment.

I was familiar with the hormetic effect of weight training, cortisol, caffeine, alcohol and sunlight. I reflected on the reactions that I had personally experienced after long-term avoidance of some of these things. Was the wheat rash on my hands the same as my sunburned buttcheeks the first time I ever went tanning in a G-string? Could I have created my wheat intolerance by prolonged strict avoidance?

I was grateful that Paleo helped me embrace a nutrient-rich, less refined diet, but I started to question if such strict guidelines were now hindering, rather than helping my overall health. It took a long time for me to muster the courage to eat wheat. Honestly, I’m not trying to sound dramatic. Despite knowing that I was not a Celiac sufferer, I was genuinely afraid of wheat. This was the emotional price I paid for believing that strict avoidance was the key to good health.

For the next year, I took a very modest approach to adding wheat back into my diet. My exposures were infrequent moderate amounts, typically reserved for family get-togethers or holidays. I had a reaction every time. The following day, I’d be groggy and my voice would be hoarse. I would suffer from joint stiffness and digestive problems that made me nervous to be more than 60 seconds away from a bathroom.

It wasn’t until I started using The Carb Nite Solution® that I began to incorporate gradual weekly wheat exposures that helped me overcome my intolerance. For the first month, my Carb Nites were wheat-free. During the second month, I started to increase my wheat exposure. The first exposure was just the crust of a cheesecake. The following week, it was cheesecake and a pancake; the third week I added a small pastry to that combination, and so on. Yes, I experienced some reactions, but they were mild and I only paid the price for 12 hours or so.

When approximately 50% of my carb intake on Carb Nite was coming from wheat sources, and I wasn’t having a reaction, I decided to have a 100% wheat-filled Carb Nite. That was something I would have been terrified to do a year earlier. The consequences were no more than a stuffy nose and some water retention the following day, which was likely a side effect of how many brownies I ate, not the type.

After using Carb Nite and Carb Backloading™ for several years now, I have discovered my ideal food balance, which is a mixture of wheat and wheat-free high GI carbs. My choices are no longer influenced by unnecessary fear and anxiety. I eat what I love, with purpose, and I know what my limitations are.

Certified Personal Trainer, Nutrition Coach and Level 1 Fascial Stretch Therapist. My goal is to teach my clients how to listen to their body and adapt to its needs rather than being derailed by every bump in the road.