Why Vegetable and Nut Oils Suck 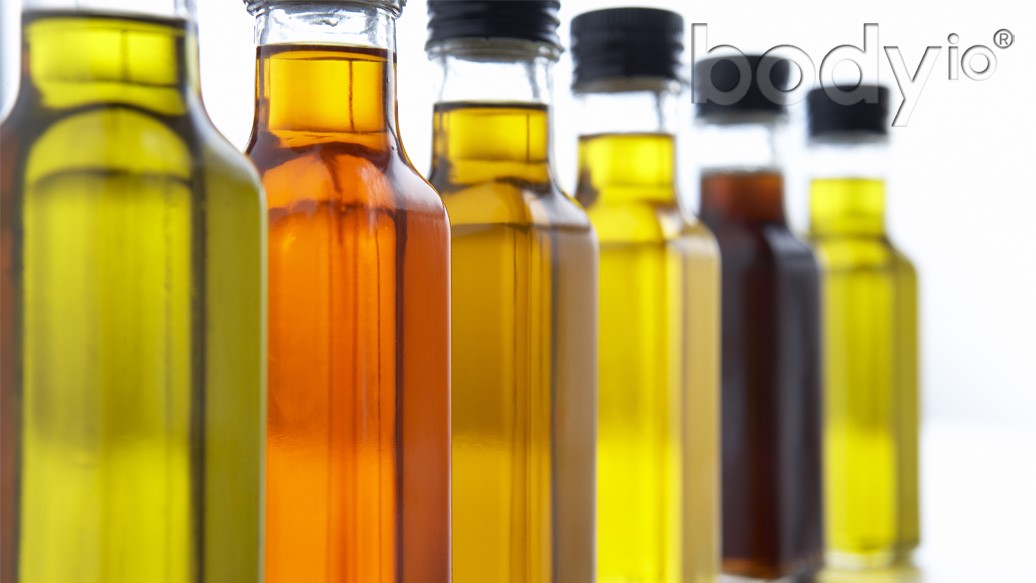 egetable oils are shit. With the exception of coconut oil, they’re not what you need to be ingesting for what you’re looking to do—and if you’ve come to this site, I’m assuming you’re trying to burn fat, build muscle, improve your performance, and live a healthier lifestyle. If these are your targets, your options are somewhat limited—and they don’t include the vast majority of vegetable and nut oils.

Many of you have asked for a synopsis—brief or otherwise—of the various benefits and drawbacks of different oils. Of particular relevance here are questions regarding why I’m so vehemently opposed to most vegetable and nut oils—again, with the exception of coconut oil or butter—for most of my plans. Additionally, bear in mind that I’m not addressing any animal oils or fats here. That’s beyond the scope of this piece—and fodder for future articles.

In other words, this is a simple Q&A article, in response to a flurry of questions we’ve received. For more in-depth information on this topic, I’d suggest referencing some of my earlier articles—or ordering, and reading, Carb Backloading and The Carb Nite Solution.

I don’t recommend most vegetable and nut oils because they contain very high ratios of omega-6 fatty acids to omega-3s. Omega-6 fatty acids are highly inflammatory, and we already get way too many of them from everything else we’re ingesting. They’re also competitive for all the enzymes necessary to convert all the other fats in your system to things you need.

If you’re inundating yourself with omega-6s, your body is pro-inflammatory. You’re also inhibiting your ability to create all the fatty acids you need from the raw materials your body has available. By cutting out most vegetable and nut oils from your diet—and substituting better alternatives—you’ll go a long way toward eliminating this problem.

MCTs bypass many of the normal mechanisms for fatty acid absorption. Most fats can take up to two or three hours before they’ll cause any kind of surge in available free fatty acids (FFA) for energy, but MCTs can pass into your system directly.

This will give you a large spike in your FFA levels, which can create significant ketone production. This is important because ketones are very inefficient, and they’ll help fuel your cells and improve your cardiac muscle efficiency as a result. When you train with modalities requiring intense strength-endurance activity—CrossFit is the obvious example here—MCTs will circumvent the enzymes needed to cleave longer fatty acids in order to use them for energy.

In other words, there’s no rate limit. MCTs can simply get in and fuel your cells better. Additionally, the bypassing of this channel makes it nearly impossible for your body to go into rhabdomyolysis—a breaking down of damaged muscle tissue which, if it doesn’t kill you, will land you in the hospital for quite a while. This is highly relevant information for CrossFitters, and I intend to cover it in future discussions, as well.

The most significant advantages to MCT oil ingestion occur when you first wake up. This ingestion will give you an immediate boost in FFA, which will kick-start your ketone production and keep you in ketone production for a longer period of time. After that, however, whatever fats you eat early in the morning will be available a few hours later. Therefore, if you’re eating fat all day, you have a constant source of FFA. After your first meal, then, there’s really no difference between taking a spoonful of coconut oil or a tablespoon of butter.

Take 10 grams first thing in the morning. Then, depending on whether you’re adding carbs to your post-workout shake or not (remember, we don’t combine fat and carbs here), have another 10-20 grams after you train.

If you’ve been using coconut oil, the good news is that it’s composed of approximately 66 percent medium-chain triglycerides. The not-quite-so-good news is that the rest of the stuff that’s in coconut oil isn’t nearly as exciting. Although some people absolutely love the taste and texture of coconut oil—I particularly like it for cooking eggs and bacon—you’re better off opting for straight MCT oil. It’s a liquid, so it’ll mix with anything, and as the name implies, you’re getting a higher concentration of MCTs. In other words, you’re getting only what you need.

The best way to use coconut oil is when you’re frying fatty foods. Because of its lower viscosity and its ability to penetrate membranes, it’s very effective for this use. If you’re frying bacon in coconut oil, for example, you’ll actually replace some of the fat in the bacon with fat from the coconut oil. You’ll still be getting good quality fat, but it’s a greater amount of the fat that’s recommended for active people.

It’s important to note here that olive oil and avocado oil are higher in monounsaturated fat—which is neither an omega-3 nor an omega-6. Rather, it’s an omega-9. This is good in small quantities because it helps cell membranes to function more effectively. According to cell membrane dynamics, however, it’s also the easiest fat to move into fat cells for storage—and the hardest one to get back out.

We can consider flax oil to be complete and total junk. Flax oil contains omega-3 fatty acids, but they’re not functional fats in the body. They need to be converted, but since we have so many other fats using all of the same enzymes, very little actually of this actually happens. You may as well pour it down the toilet for all the good it’ll do you.

Also of interest here is the utility of coconut butter. Coconut butter contains a fatty acid called stearic acid—the saturated counterpart, if you will, to what’s in olive oil. Bacon is also high in stearic acid. This is extremely good for cell membranes, because it provides the rigid structure that prevents cells from collapsing.

If you take MCT oil immediately before strength training, you may notice slightly more muscular endurance—i.e., before a CrossFit-style workout that has an endurance component. This is caused by the effect ketones have on the efficiency of cardiac muscle. You’re essentially getting more throughput in your heart with less energy expended.

Over the long term, as long as you’re doing everything else right, MCT consumption should accelerate your fat loss results. That’s a very big “as long as,” though. Most people won’t do enough things right to notice much of a difference. Take your MCTs, but focus on getting the rest of the program right before thinking they’ll make or break your success.