A Deeper Look At The Research: More Carb Back-Loading Support 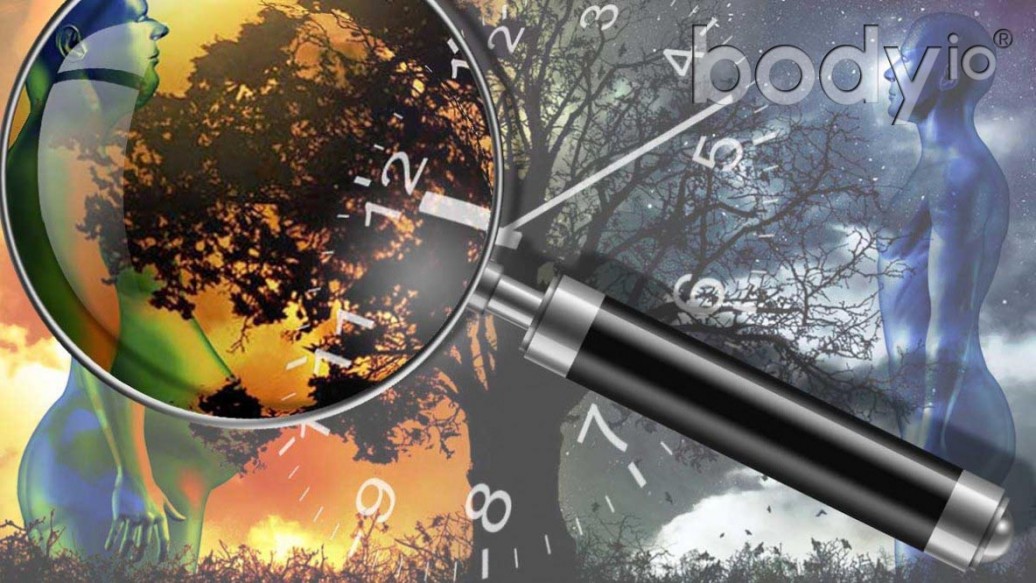 s with all things, sometimes the deeper we look, the more interesting details we find. We recently reviewed and reported on a study testing the effects of eating carbs mostly at night, a principle central to Carb Backloading™ and to a lesser extent, Carb Nite®. Not long after publishing our review (which you can read here), the paper was re-reviewed here. Our conclusions on the research differ.

In the re-review, the author implied that anyone who took the paper as evidence that eating carbs at night may be beneficial is mistaken. The author blames the abstract for being misleading and to support his claim, he pulled some numbers from the full text version of the study and graphed the results, showing—or so the author claims—that the study supported not partitioning macronutrients into specific periods of the day.

His reasoning: the control group (those eating a balance of carbs, protein and fat at each meal throughout the day) did better or the same as either of the other two groups that partitioned macronutrients. His final conclusion is to call macronutrient timing a shenanigan.

His conclusions made me reopen the study and look a little more closely at the details because, in general, I like his work. And so, we’re on to a re-re-review.

What do the numbers really say?

After reading the re-review, I feared I had missed something in the paper, that I had been the one who didn’t look closely enough. After reading the paper with obnoxious attention to the details, I realized that one could present the results in such a way as to imply that eating ‘balanced’ meals throughout the day beats macronutrient partitioning. I also realized that to make this conclusion, one must ignore important data.

Focusing on only the end results of the data can be misleading. We can learn a lot by exploring not only where the groups start, but also the amount of change each group experienced.

One thing to note in this particular study is that before the intervention, the average total energy expenditure (TEE) for the Control Group (CT) was approximately 2855 kcal per day, the daytime-carb, nighttime-protein group (DCNP) TEE was approximately 2860 and the night-time carb, day-time protein (NCDP) group had, on average, a TEE of 2750 kcal. We expect group differences; that’s why we measure and record initial values for the different groups. You can see the values in the truncated version of Table 1 below from the study.

The researchers planned to introduce a caloric deficit into each group. Now, if we examine the intervention protocol, laid out in the table below (Table 2 from the study) and pay attention to the top line that defines the amount of energy deficit imposed (highlighted for convenience), we can see how great of a deficit in total energy intake occurred compared with their habitual diet and their TEE for each group (by also looking at Table 1 above). 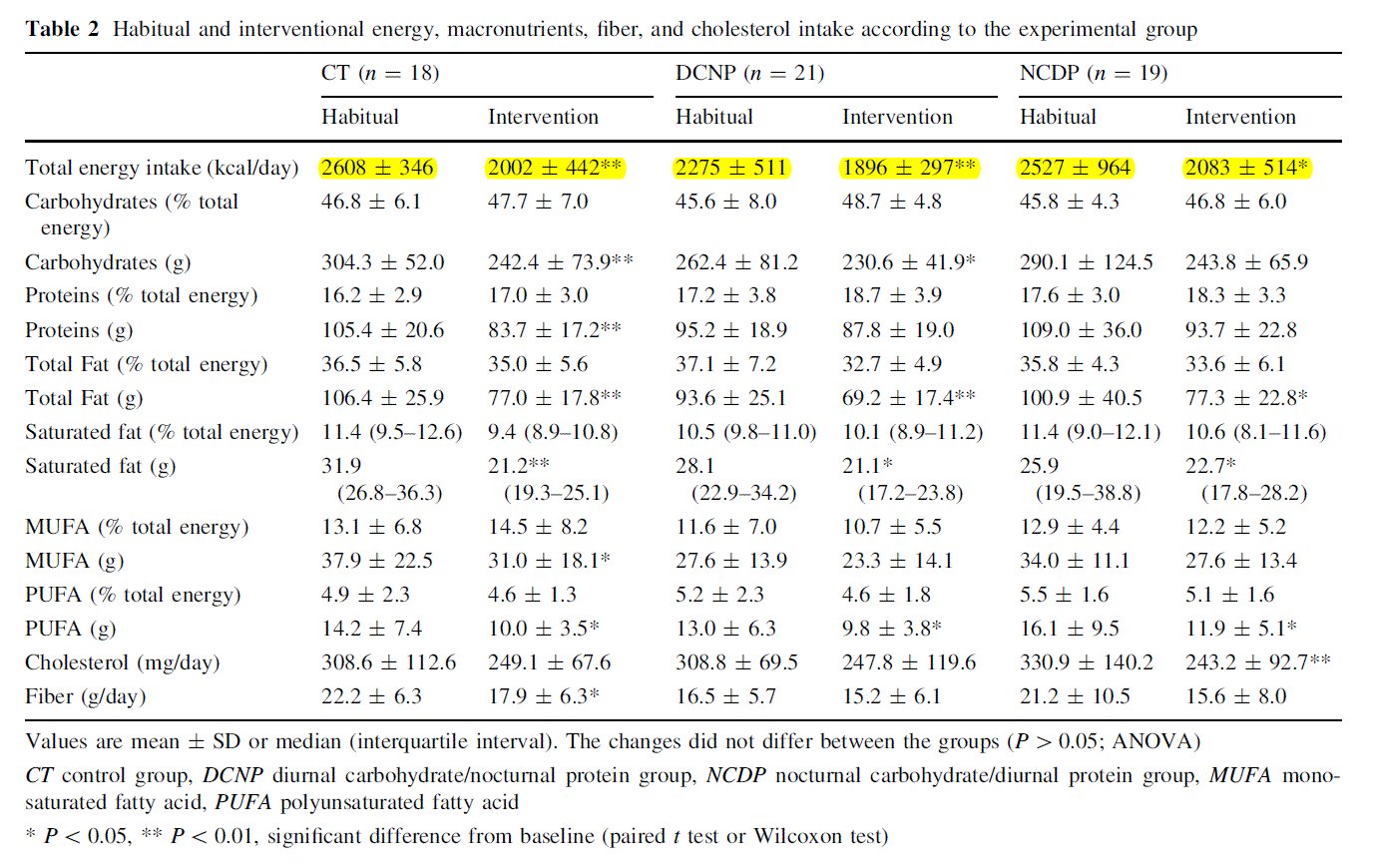 Also note in Table 2 that nearly all the other parameters were consistent between groups including the total amount of carbs consumed during the day. Despite this, the researchers unfairly distributed the calorie deficit amongst groups by a significant amount. The control group ate nearly 23 percent fewer calories than they had before the study, while both intervention groups consumed only about 17% fewer calories below their normal diet.

From the start, the calorie deficits imposed favored the daytime carb group to have the best results because they consumed the least amount of calories based on their metabolic needs—that is, the daytime group was primed for success if we believe in the calories-in, calories-out argument. If that were the case, then researchers set the stage for CT to get the second best set of results and clearly, if calories-in, calories-out is true and macronutrient timing is a canard, then the nighttime carb eaters should have fared the worst.

But that’s not what happened.

In the end, the re-reviewer mentioned above had the numbers right: there was little difference between the control dieters and those who back-loaded their carbohydrates. Stating it in such a way, as we’ve seen, is very misleading. When we look at the energy deficits between groups, we see that the carb back-loaders actually achieved the best results: by eating closer to their energy needs, they achieved the same results as the control group who ate less, and achieved even better results than the group that ate far less. You can see the resulting weight and body fat changes in table 3 from the study below.

What Did We Learn?

One thing we learned is that this study should, at the very least, make anyone who’s skeptical about macronutrient timing admit that something interesting happened that doesn’t fit with the hypothesis that fat loss and health is as simple as calories in, calories out. Also, we should note that eating the majority of your carbs at the wrong time can be detrimental (at lunch in this case).

We also should see why so much confusion exists in the fitness and diet community. Simple omissions by internet experts change how we perceive the value of a study, or the real results. Since the public often lacks easy access to these journals, and the media lacks proper understanding, popular opinion is skewed by a potentially biased, ignorant or omissive presentation.

I’m not implying the researchers purposefully constructed the protocol to skew the results, and I’m not accusing the re-reviewer of knowingly omitting important data. These may have been simple oversights, but when someone calls macronutrient timing shenanigans, then overlooks critical data after an asininely detailed review, it makes you wonder…