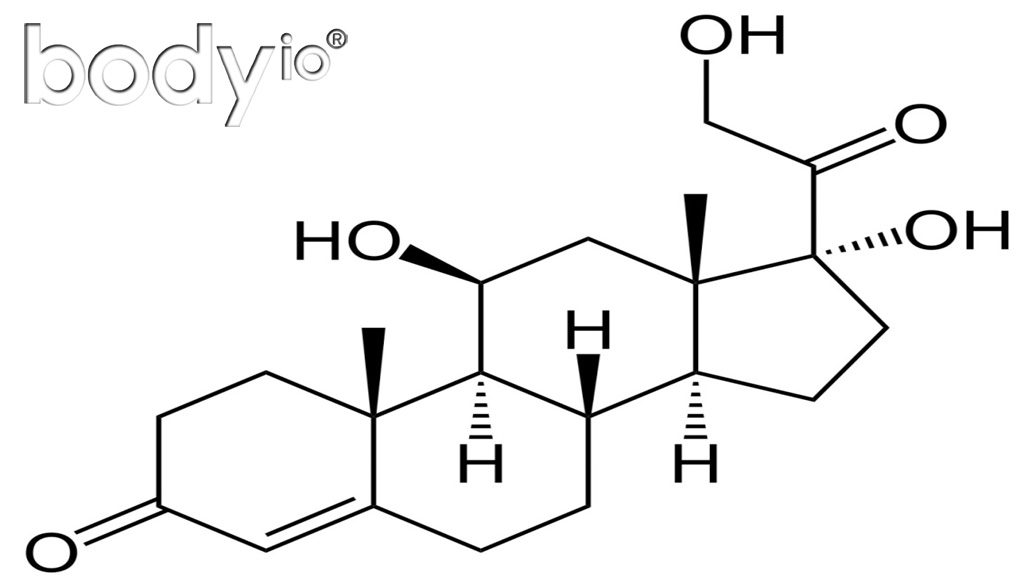 o, this isn’t an article about something like a push-up or ice-bucket challenge; it’s a challenge to the orthodoxy established around the evils of cortisol and stress.

This is simple advice we’d all do well to follow, but in bodybuilding it’s easier said than done. The hormone cortisol is a prime example. Ask any bodybuilder—even the top guys in the world, I’d wager—and they’ll swear up and down that cortisol is a terrifying “death hormone” they want nothing to do with. Why? Because cortisol breaks stuff down, and the last thing any bodybuilder wants is for some destructive hormone to be running wild through his body, leaving a massively catabolic environment in its wake. As with everything, however, there’s much more to the story.

It turns out cortisol may not be as evil as conventional wisdom’s been trying to tell us all these years—and after talking to John “Mountain Dog” Meadows at length about this, I think it’s time someone explained why. John, who’s a brilliant guy and an absolute beast of a bodybuilder, thinks people should stop bitching about long (two hour) training sessions and the associated cortisol response. He’s right, and I’ll explain why. Cortisol, ironically enough, might just be a good thing.

Cortisol is one of a class of hormones called glucocorticoids (GCs), and it’s important to note that nearly all GCs share the properties I’m discussing here. GCs are essential hormones in your body because when they’re released at the proper time and in the proper amounts, they regulate immune function, may help to repair tendons and ligaments, and may even accelerate the fat burning process.

Positive aspects notwithstanding, there are reasons everyone’s been petrified of cortisol for so long. First off, it’s able to waste away muscle tissue quite effectively. Even relatively short bursts of GCs can cause this to happen. When GCs are elevated for long periods of time—or at inappropriate times—things get even worse. Over these long periods, GCs can suppress your immune system, prevent your body from burning fat, and increase hunger.

As if these negatives aren’t enough, GCs will then continue their long-term assault by targeting other hormones. They adversely affect the fat mobilizing ability of leptin, as well as potentially wiping out the hunger control benefits of ghrelin—and they’ll even decrease your testosterone levels. When examined in this light, there’s essentially nothing good that can come from long-term elevated cortisol levels. This is why the bodybuilding community has viewed cortisol in such a negative light for so long.

The trouble with our perception of cortisol is that aside from anointing it as this horrific “death hormone,” most people know little to nothing about what it actually does, so they fear it. Most diet books offer no useful information other than using changes in cortisol levels as evidence that what they’re telling you is helpful—assuming, of course, that higher levels can only be a bad thing. These books won’t tell you what any of it actually means.

Under normal conditions, cortisol rises rhythmically throughout the night, and peaks first thing in the morning. Your cortisol levels are also elevated during your training sessions. Again, because of what you’ve been told, you’re likely thinking these situations are nothing but negatives. You’d better hurry up and eat breakfast to stave off the catabolic environment cortisol’s putting you in, right? Wrong.

When you first wake up in the morning, your body is primed to start burning fat before you eat, and cortisol is a key part of this process. At this point, your body is operating in the absence of both carbs and insulin—and when there’s no insulin around, cortisol doesn’t go after your muscle. See, the term catabolic doesn’t cover strictly muscle. It simply refers to the tearing down of more complex tissue in the body for a different use. When acting without insulin, cortisol triggers the breakdown of triglycerides into free-fatty acids (FFAs) for metabolization—a process known as lipolysis. In other words, without insulin, cortisol is an incredibly effective fat burner. To take advantage of this, simply lay off the carbs at breakfast. Better yet, as I’ve written here previously, just skip breakfast altogether.

So what about elevated cortisol levels during your training sessions? Well, this isn’t exactly the bane of our existence, either. New research in the European Journal of Applied Physiology has shown that the higher the cortisol response you elicit from training, the greater the anabolic effect of your session will be. Additional research in the Journal of Applied Physiology and Chronobiology International showed that it’s okay to have high cortisol flux during training because it lowers cortisol levels during inopportune times—i.e., in the presence of insulin—for up to 24 hours.

When to Steer Clear

Of course, it’s not all good news. Returning to the case of long-term elevation, your GC levels become elevated in response to both mental and physical stress—and chronic stress will keep your GC levels high for long periods of time. By chronic stress I’m referring to both emotional stress and excessive physical activity. This is especially important to note when you’re dieting, because dieting can be both mentally and physically stressful, causing GC levels to elevate throughout the course of changing your nutritional regimen. When you’re trying to lose body fat, your stress levels can make things rough for this reason. Avoid this situation by avoiding extremes—my Carb Backloading™ plan is tailor-made for stress-free, simultaneous fat loss and muscle gain.

The bottom line? First, by timing your workouts correctly—training in the evening causes a lower cortisol response than normal, while leaving other anabolic hormones, like testosterone, the same or elevated—and avoiding breakfast until your cortisol levels return to normal, you can use Carb Backloading™ to essentially pick and choose which cells (muscle or fat) get bigger and smaller.

Finally, all that stuff you’ve heard about limiting your workouts to an hour or less to mitigate your elevated cholesterol levels? Well, the research says extending your sessions—and your elevated cortisol response—will actually boost the anabolic effects of your workouts. With this in mind, maybe it’s high time you reconsider who your enemies really are.