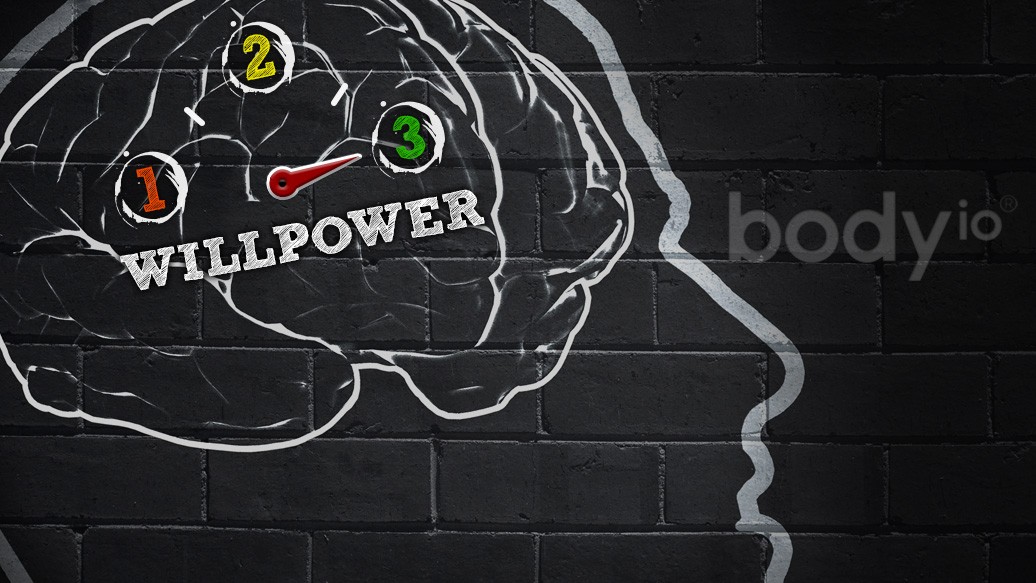 Review Parts 1 and Part 2 before diving into Part 3.

Back to Cognitive Neuroscience

he decision to begin a diet or any new pattern of behavior, such as exercise, originates in the prefrontal cortex along with some support from the limbic system. The limbic system is involved because some level of emotional dissatisfaction with the current situation generally motivates the change.

However, here is the rub: apart from the flight or fight response[1], the goal-directed behavior and habitual routines that the prefrontal cortex has to work with come from the basal ganglia. Those goal-directed behaviors and habits were acquired over time and through repeated trials[2]. The reason why they formed in the first place was because they worked and led to success in achieving sought-after rewards (physical or psychological) under similar situations.

Let me go back to Christin Grettenberger’s Mindful Eating article. After arriving at her parent’s house, her behavior was, as she said, predictable: turn the knob, pass through the entry, walk down the hall, take an immediate left, and glide to the familiar golden doors. This habit was deeply ingrained in her over many years and acted as a source of emotional comfort, that is, until adulthood when her motivation waned due to the adoption of new motivations and new habits. She was able to “see” what she was doing.

When a person abruptly changes their behavior however, such as when adopting a new diet or quitting smoking, that behavior is not supported by habit. Any associations of the new behavior with goal-achievement exist only conceptually in the prefrontal cortex. It has yet to penetrate the subcortical centers of the basal ganglia. The prior programming of the basal ganglia is still alive and well. All those old habits are still there.

When these habits and goal-directed routines are automatically primed, they are very difficult to resist[3,4], especially if they’re highly motivated. For example, a highly desirable dietary item (e.g., a piece of cake) now restricted by the parameters of a new diet enters your perceptual field and is detected by the frontal eyelid fields[5]. Before you know it, the orbitofrontal cortex is busy priming the nucleus accumbens of the basal ganglia[6]. This activates the substantia nigra to pump out dopamine increasing the motivation to obtain the reward[7]. The habits and goal-directed action routines are activated and sent to the prefrontal cortex. Emotionally, the “system” expects the reward. This all happens before even a second has passed. In the next instant, you’re reaching for a plate and putting a piece of cake on it.

This is what is supposed to happen. The deep centers of the brain don’t know that a change has occurred. From their perspective, it is full speed ahead in pursuit of the old goals.

Instead, the prefrontal cortex says “no,” and, for a brief moment, it wins.

However, it doesn’t end there. The original importance of the object is still intact. So, the orbitofrontal cortex keeps signaling basal ganglia centers, which activate the relevant goal-directed actions (e.g., moving to get a piece of the cake). This process is nonstop as long as the goal is attainable. As a result, the prefrontal cortex is forced to continuously inhibit these habits from taking over based on the new diet directive. The system is under pressure, to say the least.

Willpower Has to Fail

This puts the prefrontal cortex in a precarious position: Willpower is being applied to not only make minor adjustments to habits and goal-directed behaviors, but also to stop them entirely. It is like rallying your strength and motivation to lift a heavy bar over your head, but then keeping it there. You might be able to hold that weight up for a moment, but something eventually has to give. When the limbic system steps in and registers emotional disappointment due to your failure to gain the expected reward, willpower failure happens faster.

The effort to inhibit motivated habits is not without cost. The demands of self-control put strain on the system, resulting in emotional discomfort and stress[8]. Couple that with the fact that willpower and its ability to exert self-control is a limited resource[9-11], and you see that willpower failure is all but certain. Something as simple as insufficient glucose in the system can contribute to willpower failure. Additionally, many things can contribute to the failure of willpower, including cognitive stress[13], emotional stress[14], and susceptibility to subliminal primes when distracted.

This obviously raises another question: What can you do?

With an understanding of the way that the brain operates, there are some options for supporting willpower when applied to suppressing and inhibiting motivated, well ingrained habits. Christin’s suggestions relative to mindful eating are relevant to diet.

Other options relate to reducing the factors that weaken willpower. For example, one approach is to minimize cognitive stress: Keep the times when your mind is overloaded to a minimum. Deal with one thing at a time and don’t try to juggle multiple things at one time. Another strategy is to manage stress and anxiety. The Anxiety and Depression Association of America offers many tips on how to do this[16]. One technique they suggest that works well for me is to give yourself credit when you do well, even if it isn’t perfect. Many people get down on themselves when they experience failure to change a habit. This is very counterproductive. As I said earlier, willpower is not intended to function as a brake for the rest of the brain over a long period. Therefore, when willpower fails, give your self-criticism a break. New habits take time to form. Like any new skill, they require practice (new habits!).

Another technique that can aid willpower is to rehearse success through visualization. Sit somewhere quiet, close your eyes, and see yourself successfully refraining from the habit you are working to stop. I like this technique as well because it is another way to practice.

The technique of redirecting your energy suggested by Christin in her Mindful Eating article is another option. If you find yourself in a situation where you might succumb to a habit, redirect your energy. For example, moving away and putting distance between you and the habit-fostering situation can often nip it in the bud.

One technique suggested by cognitive neuroscience is called the technique of intentional inhibition by subliminal priming[17]. What this requires is that you “prime” your intentions to not do the behavior you’re working to stop. Your susceptibility to subliminal primes when you are distracted suggests a way of doing this: If you are in the middle of some task, and you remember to do so, say to yourself, “You are not going to do X,” and then continue with the task. Don’t repeat it to yourself. This is not the same as using affirmations. After you mentally say it, put it out of your mind. Only when you let an idea go does it have a chance to penetrate the subliminal mind. Making this work may take practice.

Also, be sure to use the second-person perspective of “you” instead of “I”. Cognitive neuroscience has shown that thinking in the second person rather than the first person involves different cortical and premotor areas of the brain[18]. In other words, don’t mentally say, “I am not going to do X”; instead, say to yourself, “You are not going to do X”. The second-person perspective appears to be more effective in the support of goals[19].

We use willpower to try to stop the habits we previously trained our brain to carry out. I hope this article has given you a better understanding of why this is true. Insights into how the brain behaves make this point clear: The adoption of a new set of behaviors requiring the suppression of current habits is bound to end badly. Real behavioral change requires the reorienting of goals in such a way that they will continually motivate the pursuit of a new reward. This will engage the basal ganglia, which will foster the birth of new habits. Then, all willpower has to worry about is steering.

On its own, willpower is bound to fail, but now you know why. Therefore, when it does, rest and start again.