Yogurt is Not a Meal 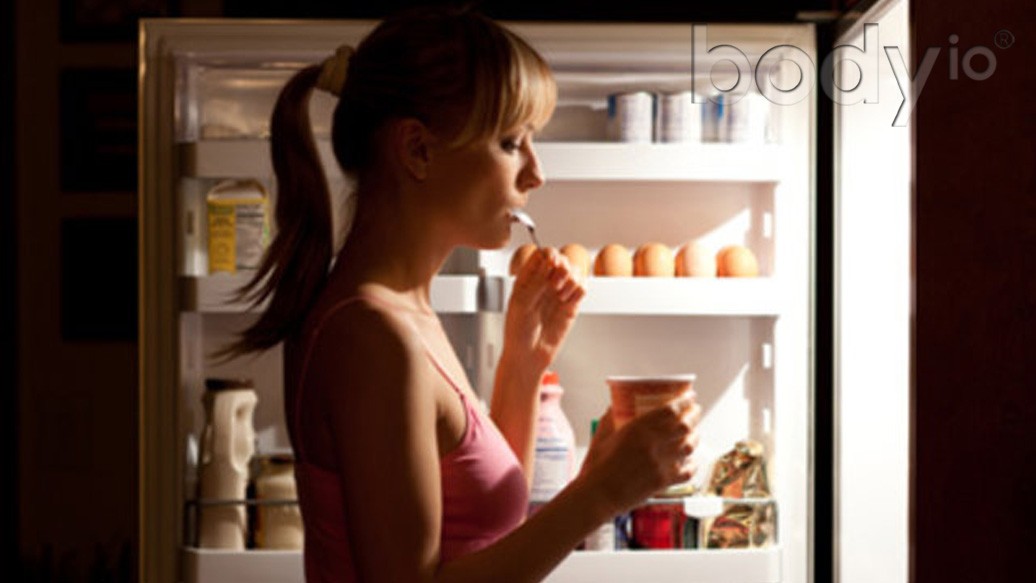 ife is nothing but a series of patterns. When you do the same thing every day for enough years, these patterns show themselves, and your sphere of influence begins to make more sense. In the fitness industry, this manifests itself in the mistakes you see people making, because few mistakes are made in isolation. When you see one client headed down a shaky path, chances are she’s not alone.

I make my living helping women look and feel better. When they come to me, they’ve reached a point where they know they need help. And when I ask them what they’ve done to themselves to necessitate my intervention, similar threads emerge. In other words, every single one of them says the same damned thing:

There’s something else connecting all these women: They all eat the same crap day after day. One of the first things I do when I work with new clients is ask them to bring me a list of the foods they’re eating. Invariably, their daily menu will consist of crackers, yogurt, peanut butter, and celery sticks—and that’s before I actually start digging.

I’ll eventually get most of the women I work with to confess to bingeing on foods like ice cream at least every four or five days. We’re not talking about a small dish of the stuff, either. These women seemingly eat gallons of it, and they can’t understand why they can’t stop.

I know the reason, though. It’s a very simple one:

Most women consume a diet of low-density food that’s low in fat and high in carbohydrates, causing their bodies to desperately crave fats and sugar. That’s what your diet of pretzels and peanut butter is doing to your body.

What’s happening here is that your body isn’t getting what it needs on a regular basis, so it starts craving what it’s not getting. This is the part you need to learn if you ever want to be successful. Not eating enough for long periods of time will cause your body to slow down and become more efficient. This is because your body doesn’t care what it looks like. It cares only about survival.

When you deprive yourself for several days, then binge eat, you’re turning your body into a fat storing machine, because this brand of “nutrition” slows your metabolism to a crawl. You’re essentially turning your Ferrari into a Prius, whereby your body becomes too efficient and learns to survive on the least amount of resources possible. Simply put, most women aren’t eating enough food to hit their basic minimum requirements for the energy they need to expend each day.

And yet, everyone still does the same thing.

Fortunately, there’s an easy fix for most people. All it requires is a touch of discipline, and a large measure of common sense. For most of my clients, the problem is solved by gradually adding fat and protein to every meal. At the same time, we pull out almost all of their simple sugary starches. Eventually—and sometimes immediately—we use The Carb Nite® Solution to turbocharge metabolic repair.

This simple step is usually all it takes. Most women, when starting Carb Nite and stopping this madness, see rapid results. They’re able to eat more food, and those cravings disappear.

What’s the first step, then? With most clients, I take the counterintuitive approach of telling them to simply start eating as much as they can. This entails throwing in a couple of eggs, a piece of bacon here and there, and some salmon and broccoli. The idea, here, is taking someone who’s metabolically deranged—and trust me, this probably applies to you—and making repairs to their metabolism by making sure they’re no longer undernourished.

Your body needs fat for a wide range of functions, including—and especially-hormone production. If you’re cutting fat out of your diet, you’re going to crave a lot more sugar. Your body will want to manufacture things, and it’s going to want sugar for this purpose. When you can’t produce the hormones you need—serotonin and melatonin, among others—everything’s going to be off, including your moods and your ability to sleep.

Once we’ve made the appropriate dietary adjustments, the next step involves asking clients how they feel. Most times, when there’s a problem, it pertains to digestion. Most women aren’t accustomed to the volume of fat and protein they need, because they haven’t been eating it, so they’ll need some help.

For example, when you don’t eat a lot of meat—or you’ve stopped altogether for a period of time—you’re at risk for a zinc deficiency. That’s what happens when, like most women I start working with, your diet consists of 70 percent starches. Since zinc is necessary for the production of stomach acid, some women aren’t properly prepared for what happens when fat and protein are added back into their diet—and they’ll run into problems like constipation and diarrhea.

When these issues arise, we’ll add some digestive enzymes or digestive support—typically something containing HCL and/or ox bile for acid support—to their regimen. If you act on my suggestions and find you’re really in bad shape digestively, you may need to seek out a functional medicine physician. When you think about it, however, that’s a very small and temporary price to pay to stop being metabolically deranged.

We’ve seen women drop a full clothing size in as little as four weeks through a combination of a real food approach and basic exercise—which may be as simplistic as walking. I don’t advocate beginning this sort of metabolic repair with hard exercise, because hard exercise can actually make losing fat harder by overwhelming an already metabolically damaged body.

The rationale here is simple. If your body’s metabolically damaged, and you’re not processing blood sugar properly and not breaking down fat for energy, training hard is like driving a car that’s out of tune. If your car has bad brakes and a bad transmission, but you try to take it up to 100 miles per hour on the highway, what’s likely to happen? You’re going to compound the damage.

Your body works the same way. It’s far more effective to allow the nutritional changes to sink in, letting your body recharge and put its resources into healing itself, as opposed to simply producing more cortisol.

Just eat real food. You need to be consuming stuff like bacon, eggs, salmon, grass-fed beef, and chicken, and you need to be avoiding refined sugars. Your diet shouldn’t consist of snack foods. They’re not meals. Get away from pretzels, crackers, popcorn, celery sticks, and peanut butter. Stop being afraid to eat foods that have fat in them, and stop avoiding animal products.

Your best bet? Try The Carb Nite Solution, where you’ll be eating meat, vegetables, and fish, followed by a solid carb-laden meal every week. This alone will have you showing huge improvements in the way you feel, the way you look, and your overall health. And once you’re no longer metabolically deranged, you’ll see a huge difference in the way you’re capable of exercising, too.

Jim Laird has been working as a Strength and Conditioning Coach helping clients achieve their goals since 1997. He has 4 years of Division One coaching experience and over a decade of working with clients in the private sector. He has worked with everyone from housewives who just want to look good and feel good, to professional athletes in the NFL, LPGA, and MLB; his most notable client being Scott Downs who is currently with the Chicago White Sox and is going on his 13th year in the MLB. Jim has helped dozens of young athletes achieve athletic scholarships to Division 1 schools and also trains a team of female Powerlifters. As an elite level Powerlifter, Jim pushed his body to the limit for years, and now understands the difference between working out to be healthy, and working out to achieve a high level performance goal, and he want to help others do the same. Learn more about Jim on his blog: https://1b.io/tn