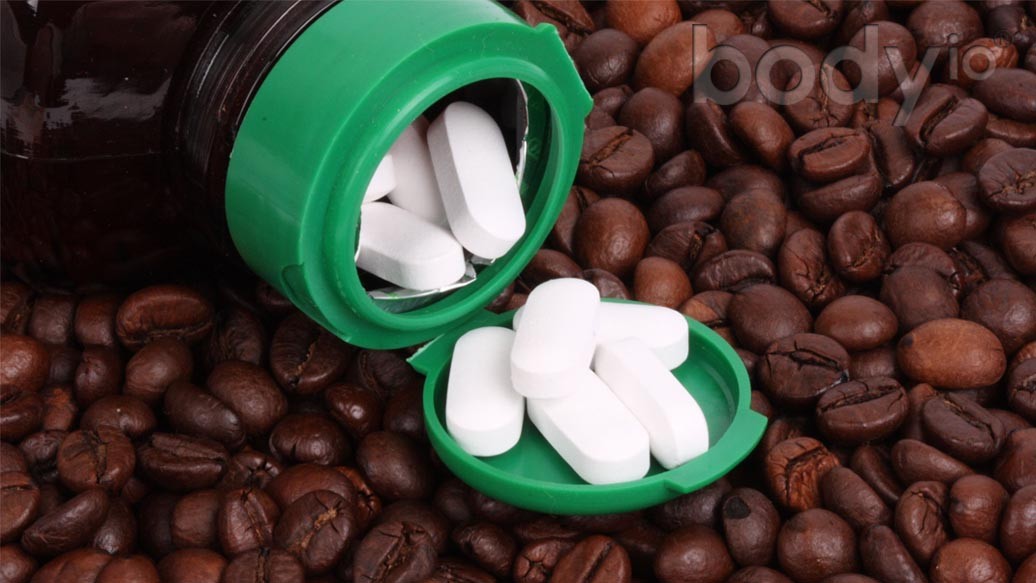 udging by reader response, there’s been some confusion regarding creatine and caffeine use, and I want to make sure, once and for all, that everyone knows precisely what to do with both. In the series of creatine pieces we published, I suggested that you shouldn’t take creatine with caffeine—but then in the main Carb Backloading™ manual, I outline some situations where you’ll be taking them both at the same time. What gives here?

Before I get to that, though, it’s important to address the way caffeine affects GLUT4 translocation. You’ve asked, and this is an easy point to clarify. In this case, caffeine only decreases GLUT4 sensitivity to insulin, so training really has no effect here. You can still take your caffeine with training, and you’ll still get translocation of the GLUT4, so this isn’t something you’ll need to worry about—at least not to the extent that some of you seem to.

As for how caffeine affects creatine absorption after training, the best answer I can offer is a firm “we’re not sure.” I haven’t been able to find any studies on that—and believe me, I’ve tried—so this is still an open question. There also aren’t any studies addressing whether caffeine has any effect on creatine absorption when you eat carbs. I would surmise that the answer for this is no, so there will definitely be modifications if you’re doing things as outlined in the main manual.

If you’re using creatine—or planning to—you should try to load the majority of it toward the end of the night, when you’re training and eating your carbs. Use caffeine during the first half of the day, and for pre-training.

For people using The Carb Nite® Solution, you can take creatine every day without an issue. There have been some questions regarding whether creatine should only be taken when you’re consuming carbs—i.e., once per week on your actual Carb Nite—and the answer to this is no. Just take it every day regardless of which plan you’re currently on. Take your biggest load on Carb Nite, then let the carbs work their magic.

With regard to the caffeine-creatine interaction, it’s questionable how big of an effect even exists, because, again, there haven’t been any follow-up studies. Does this really surprise anyone by now? There’s no real indication that caffeine totally wipes out the effects of creatine, but there is some evidence that it could. To be on the safe side, have your caffeine in the morning, and save your creatine for the evening.

To expand on this, we’re not entirely sure what this interaction entails. There’s some common interaction there with GLUT4 and insulin, but it’s not clear exactly what’s going on. My guess is that this is directly related to GLUT4 translocation, so if you have caffeine, you’ve affected GLUT4 in some way. Creatine can also modulate GLUT4 in different ways, and they can also interfere with each other, but again, it’s just not clear precisely how.

The big open question, then, pertains to creatine absorption. If you’ve translocated GLUT4 by training, does caffeine do anything at all to hamper it? My guess is that it doesn’t. Creatine’s structure is similar to that of an amino acid, so it’s conceivable that the GLUT4 translocation system—not necessarily GLUT4, but some component—is helping to transport it into cells. This is why caffeine could potentially interfere with it.

This is an issue that everyone constantly dances around. There exists enough research to say with certainty that it’s 100% safe, long term, with no downside. What’s occasionally brought up is the possibility of dehydration and heat stroke from creatine use, so I’ll address that. 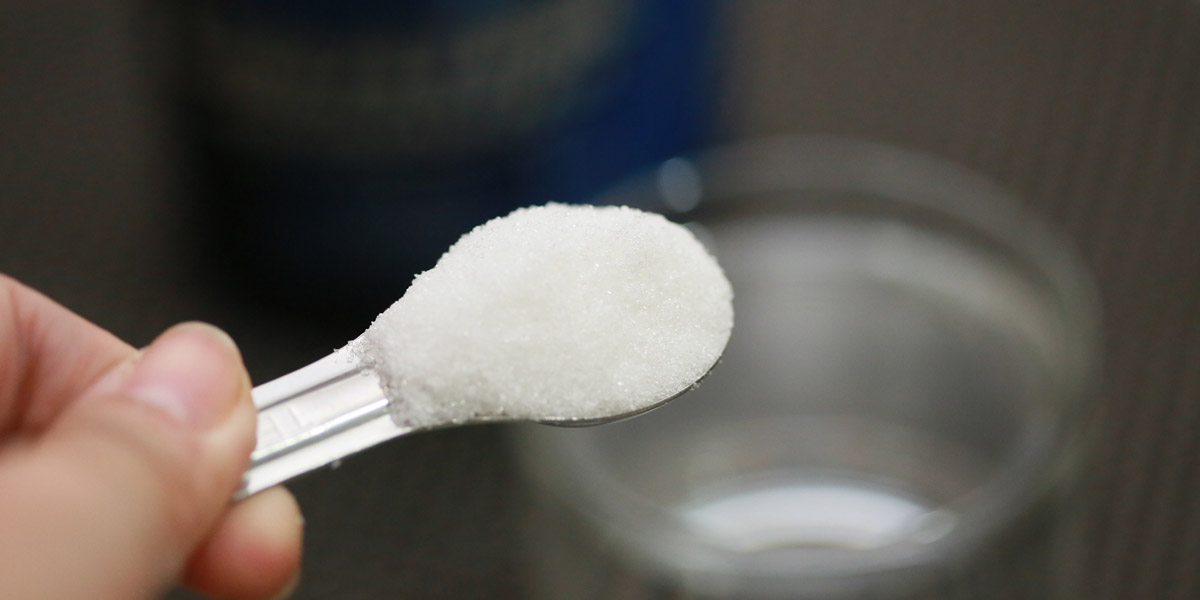 Creatine increases intracellular water content, so the naysayers’ theories state that by pulling water into cells, creatine isn’t leaving enough water for the body to stay hydrated, creating a higher risk of stroke. What researchers have found, however, is that this higher cellular retention of water actually helps to maintain a lower body temperature for a longer period of time. This helps athletes perform at higher levels for longer, particularly in hot weather.

This may be one of the ways creatine can help you get those extra two or three reps, because heat buildup is one of the limiting factors for power and force production in muscle cells. All that extra water increases the timeframe of heat buildup because there’s more fluid—which helps you get rid of that heat faster.

You certainly have the option of cycling caffeine, because your body will become desensitized to it over time—so you can take a one or two week washout period where you totally stop taking it. This will allow you to get its full effects when you start back up again. Unless there’s a very important reason to cycle it this way, however—i.e., you’re looking for some benefit from having periodic bursts of caffeine—there’s no real need to do this. None of the effects you want—improved glycogen retention after training, and CNS stimulation—will dissipate. You’ll simply have a lower response rate.

When you first take caffeine, everything is totally upregulated, so you’ll get huge ergogenic effects. The longer you take it, you’ll experience some downregulation of the beta-androgenic receptors—and also some of the calcium channels it works through. You’ll never, however, be suppressed to the baseline point as though you’re not taking any. There will always be an advantage. It’s just not going to be as big of an advantage as when you first took it.

Again, the only conceivable time I would see the logic of cycling off caffeine is if you’re preparing for a power sport and you want to get the biggest boost possible from a legal substance. In that case, you’d stay off caffeine for the week before the event, then load up on it that day and enjoy a huge response. Unless this is your plan, just stay on it.

When you’re doing Carb Backloading, the idea would be to have your caffeine first thing in the morning whether you’re training or not. Even if you have a small amount of carbs after you train (for fasted training), caffeine will not have any negative effect, and will actually help increase glycogen stores. Pre-workout caffeine is also fine. For post-workout, if you want to be absolutely safe and make sure there’s no interaction with creatine, skip the caffeine and just start loading creatine.

Since there’s really no rule for 100 percent absorption of creatine, you could conceivably take your full 20-30 grams in your post-workout shake, or you could spread it out with your carbs throughout the night. 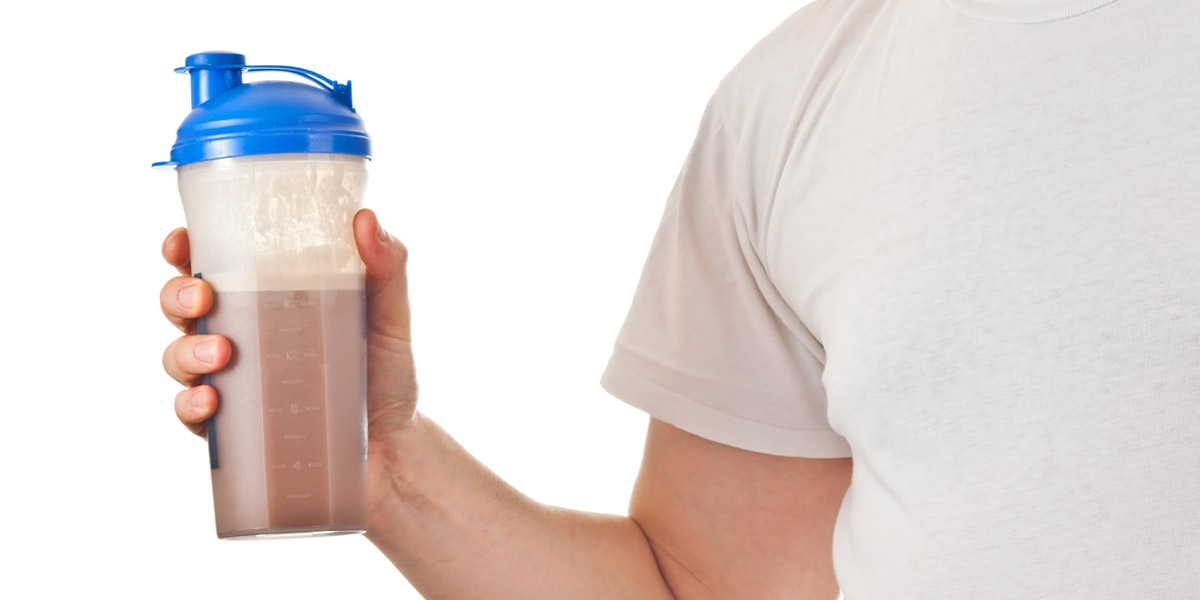 If your version of Carb Backloading has you ingesting a small amount of carbs after you’ve trained, I’d say—judging by the strength of the response in studies of creatine’s relationship to carbs—that it would be advantageous to take a portion of your creatine at this point. Even if you’re taking caffeine, the positive effect of insulin on creatine absorption seems to overpower the negative effect of caffeine on creatine absorption.

I believe training completely nullifies any negative effect caffeine can have on creatine absorption. That’s what I was referring to when I outlined the interactions with GLUT4. The connecting piece in the research that’s been done thus far is that caffeine affects insulin sensitivity, which decreases GLUT4 mobilization. When you train, however, you have maximum GLUT4 mobilization regardless, so it would seem that training would completely wipe out any negative effect on creatine from caffeine.

It follows that this works the same way for carbs. If you have caffeine and you don’t train—and then you eat carbs—you don’t get very good carbohydrate utilization. If you take caffeine, train, and then eat carbs, however, you’ll get higher carbohydrate utilization. This means that the training does, in fact, wipe out the negative effects of caffeine.