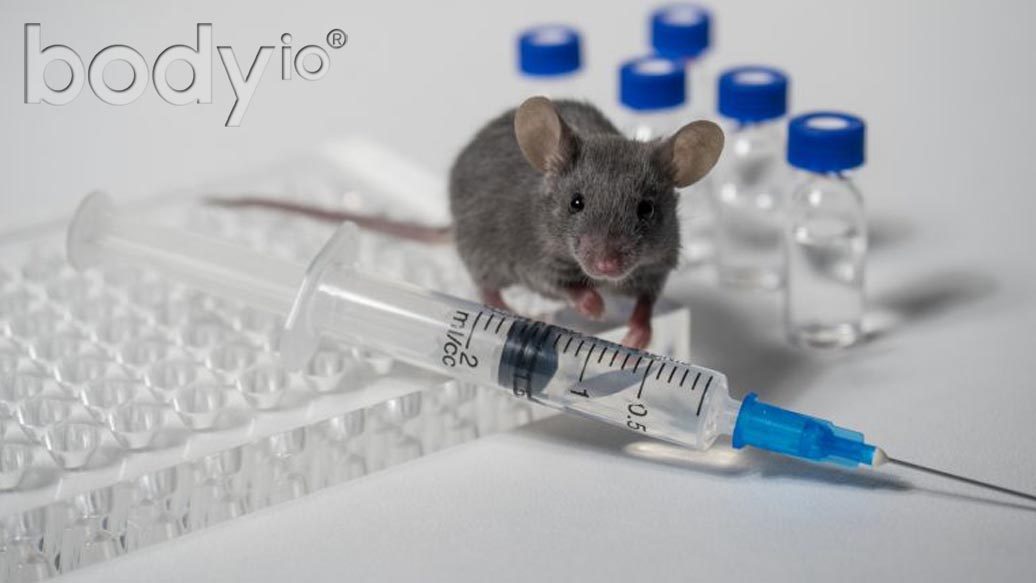 Keeping track of these faddish concepts over the last few decades, I can say that the excitement creates opportunities to sell books, newspapers, magazines, dietary supplements; to generate imaginative click bait and to create “mouse science celebrities”. The contribution to improving human health or performance, however, is thus far nonexistent.

Murine science fetishism isn’t new. If I had to pick an event that sparked a cultural fascination with the idea that mouse research can lead to immediate revolutions in human health, I’d say there’s a fair chance it started with the popularity of a 1960s novel entitled Flowers for Algernon (it started as an immensely popular short story from the ‘50s).

Algernon, a mouse, undergoes brain surgery to boost his IQ. The researchers immediately apply the procedure to the mentally impaired Charlie Gordon, who gains a superhuman boost in his IQ. I recommend the book, and if you happen to get the current paperback edition, you’ll discover the inspiration for the cover design of The Carb Nite® Solution.

Flowers for Algernon explored moral issues of dealing with the mentally impaired and performing experiments on people who cannot fully comprehend that to which they agree; nor can they understand the risk. And I think there’s an even more fundamental issue addressed in the book, that of becoming overzealous concerning the results from mouse studies and thinking they translate directly to humans; and the associated dangers of rushing to find a human application. Charlie, in this case, regressed back a state of mental incapacity worse than where he had started.

Journalists, Internet gurus and murine celebs all act in the same way. They read some mouse study and somehow intuit a way that everyone can benefit if they do X, Y or Z. The lay public, unfortunately, has no way of understanding the consequences of these recommendations, which range from benign to hazardous. To date, none have been meaningfully beneficial.

In 2002, a supplement company called Biotest released a much-hyped miracle product called Miostat. They rooted their claims on a 2001 study involving genetically modified mice which showed ridiculous increases in skeletal muscle mass by blocking a protein called myostatin. The images contained in the research article would excite anyone trying to achieve massive amounts of muscle mass. At the time, I was one of those people.

This was the first time I really tried to understand the implications of these mutant mouse models. The more I learned, the more I understood the limitations of what these studies reveal. Essentially, these types of mouse models indicate the major function of specific genes and provide clues about human models. Often these result in new targets for pharmaceutical interventions.

Needless to say, the Biotest product was a fiasco. Their research evidence for the active ingredient was peculiar to say the least. No one in the world had access to the research paper at the time except, apparently, Biotest. When the paper appeared in a backwater Bulgarian journal two years later, two of the three authors don’t exist and the third appears to be an athletic trainer with no laboratory experience.

Of course, when the active ingredient was studied in humans, it exposed the alleged scam. Biotest quietly discontinued the product, acting as though it had never existed.

There’s a lesson here, other than about the rampant fraud in the supplement industry: murine research has never and can never be applied directly for human benefit.

Most people wave their hands at such examples of supplement company shenanigans but still believe that this is exciting research for the pharmaceutical companies. Myostatin regulates muscle growth and loss. With the right drug, science can manipulate myostatin and accomplish everything from increasing athletic performance to preventing age-related muscle wasting.

Despite almost two decades of research and human drug trials, a beneficial mysotatin blocker still eludes the pharmaceutical companies. And the reason, if we take a moment to put murine models into perspective, is quite simple.

In these mutant models, the mice possess genetic alterations throughout their entire life, including their development in the womb. For myostatin, this is critical. In the womb at least for humans, is the only time muscle fiber hyperplasia occurs (an increase in the number of muscle fibers) and this was the major difference in the super-muscled myostatin deprived mice: a significant increase in the number of muscle fibers. Mice can also experience hyperplasia as adults (again, humans do not).

Myostatin blockers cannot achieve any results in adult humans. We possess different physiological properties and the benefits for us would occur in the womb. This is true of almost all mutant mouse models. There is absolutely no rational way to extrapolate results from these studies to treatments or procedures for adult humans.

This is why longevity studies with calorie deprivation or time restricted feeding or gut biome dynamics don’t seem to do much for adult humans: an adult human already possess a lifetime of damage aside from the fact that often human and murine models do not correlate.

Murine models can help to elucidate the function of certain genes. They cannot, however, tell us exactly how to manipulate gene function in beneficial ways when dealing with adult humans. Murine models provide insight from which we can build an integrated model and understanding of human health and performance. But no single study—and no single gene or process—can be targeted using murine models as a guide for adult humans.

As annoying as supplement companies may be, I think the world is at least partially acclimated to their mendacity. People may not be able to resist trying it out, but I believe—I have to believe—that they’re at least skeptical.

But there’s a new breed of health expert emerging within the online world, one that instills sterling confidence rather than skepticism. This new breed could accelerate the tyranny of an already insidious healthcare system. I call them Mouse Doctors.

Mouse Doctors often have PhDs, have a background in laboratory work on murine models (which means they work exclusively with mice and rats or isolated cells in a petri dish), and are extremely knowledgeable about the latest murine research, especially the spectacular.

They pedal this information as if it means something revolutionary for humans. They often have their own pet nutrition program they to promote, and most of the time it adheres pretty closely to the standard guidelines when it comes to food selection and macronutrient composition. A typical Mouse Doctor focuses on one off studies and tout how amazing the results are (and how new). There are several you may recognize: Satchin Panda, Bill Lagakos and—as much as it pains me to say it—Rhonda Patrick.

I don’t doubt the intelligence of any of these individuals; quite the opposite. What I do doubt, and what they demonstrate with each ad hoc theory they present is the absolute lack of experience in dealing with human subjects, and their dearth of knowledge beyond the molecular or mitochondrial domain.

There’s over 100 years of human research, all pertinent to today’s questions about health, longevity and performance. It’s asinine for someone to familiarize themselves with several mouse studies, or the function of one gene only to make wild extrapolations into the human domain.

On a recent Joe Rogan podcast, for example, Rhonda Patrick discussed the results of a new study using genetically modified versions of mice with amped up immune systems to attack what are known as senescent cells. And when she dropped the punchline that the mice lived 30% longer, Joe Rogan looked as if someone just told him that if he eats enough kale he’ll poop perfectly formed cubes of gold.

As in most of these types of interviews, the host never asks any deep or penetrating questions, the types of questions that explore the Mouse Doctor’s expertise in understanding what these results could mean for humans, or the insights gleaned that could guide future studies in humans. The logical flow of the Mouse Doctor’s implied argument is: artificially modified animal; amazing results for the non-human, non-natural animal; I read this study; therefore I’m an expert on human health. There’s a huge gap in reasoning there.

This is known as a non sequitur: An argument with true premises, in which the conclusion cannot be arrived at from the premises (and the conclusion is often false). I want to explore these kinds of hyped up conversations because they’re proliferating and they’re dangerous on a scale you can hardly imagine; dangerous in a way that affects every single one of us.

Had I been interviewing Rhonda, I would have asked some simple questions. She’s never appeared to be a fan of ketogenic diets or the carnivore diet. But autophagy (the cellular cleanup process that she talks about often), uncoupling protein 3 (UCP3) activation, the unfolded protein response (URP), SIRT1 activation, and all the processes that prevent cellular senescence, or mitochondrial degradation are all turned off by carbohydrates—every type of usable carbohydrate, complex or simple.

And yet, regardless of time restricted feeding, Rhonda’s dietary recommendations would keep all of these processes turned off—thereby causing cellular damage to accumulate—until a few hours into the periods of fasting.

See the connection? A simple procedure exists to get maximum cellular repair throughout the day every day for as long as you’re willing to forgo carbohydrates. So why would she NOT recommend this diet?

From my conversations with her and other Mouse Doctors, I have an idea. I don’t think it’s nefarious, just ignorant. They assume that people need carbohydrates to live. Every single carbohydrate based diet in modern times leads to some type of disease state (which I demonstrate in my next book). These two things coupled together make most people assume that modern diseases—obesity, diabetes, Alzheimer’s, cancer, cardio-vascular problems, etc—cannot be avoided. We have no choice but to enter the healthcare system as patients at some point.

I think their thought process is: people are going to get sick; these mouse studies are amazing; we’ll develop drugs from these studies for humans; everyone can be on drugs; disease will disappear. This is horrible logic, by any measure. We don’t have to get sick. We don’t ever need to succumb to the industrial cycle of manufactured disease. We definitely don’t need to be dependent on drugs for the rest of our lives. Their logic would lead everyone toward pharmacological addiction, dependence and accelerating disease.

Here lies the greatest danger of the Mouse Doctors. Although they’re very knowledgeable about mice and rats, they have no experience with humans. They’ve never worked with anyone. They’re not familiar with the thousands of other studies which are pertinent when trying to apply mouse data to humans. They’re completely decoupled from health-reality. When they make recommendations, they’re naïve and often useless or worse.

Be cautious of the Mouse Doctors. They know a lot about mice. They can spew out amazing rat-facts. They can often regale you with magical sounding super-mouse stories. But when it comes to humans, their real specialty is not health-promotion; it’s self-promotion.

Reality is now steeped in the fiction of Flowers for Algernon: mouse studies will cure anything, until the applications ruin everything.

(I’ll explore this topic more as it pertains to the heat shock protein debacle in a later article.)