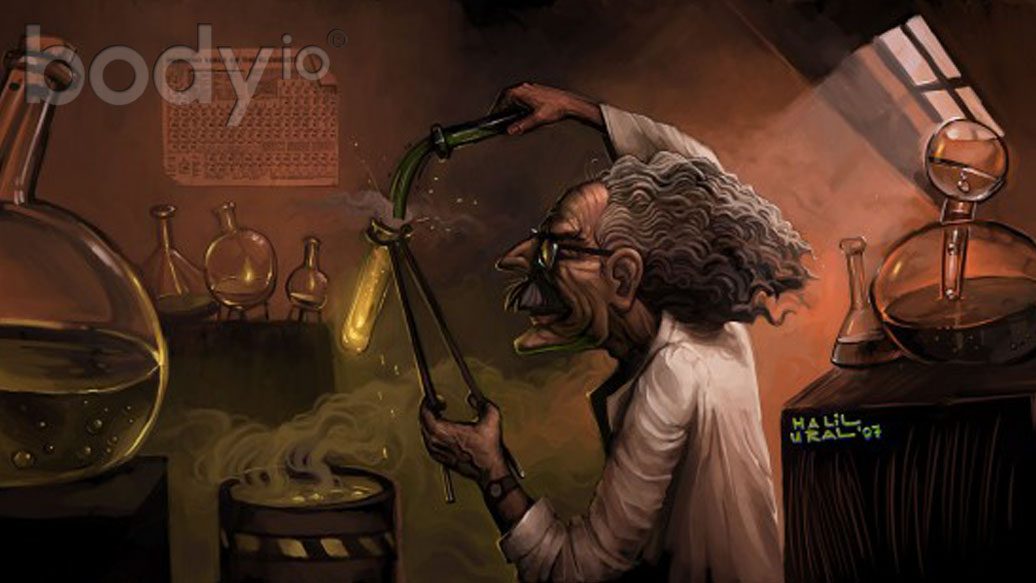 oday, I found out I’m an asshole. This isn’t something you take lightly or try to sugarcoat with, “oh, I just have an edge to my writing,” because remember, my fat-kid nature still looms and I’ll swallow anything sugarcoated, especially if it lets me ignore the truth. Maybe, just maybe, online, I am, totally, an asshole.

People seem to hold a different impression after they meet me in person. Not many people complain after meeting me (there are the occasional few). In general, I’m a nice guy and leave a satisfying impression, if not a down-right chummy one. I think my online responses reflect poorly on my personality because of our cultural understanding of what it means when someone is dry and pithy: we automatically assume that the person is a dick.

I’m not representative of male genitalia, I promise. I’m a pure scientist. As such, I see myself as a tool—definitely no pun intended—that people can use for a continuous flow of quality, unbiased, tested material. That’s all I wanted, to be one of the few voices in this industry relying on facts, science and experiment to produce meaningful, useful programs. I didn’t plan to be anyone’s guru.

The scientist in me (who’s quite good friends with my inner fat kid), doesn’t think in terms of warm and fuzzy; I think in terms of thermal instability that will eventually come to equilibrium via phonon exchange and collections of negative-curvature projections with a non-differentiable discontinuity. Dry, logical interpretation of the world is cold and unyielding, as is my passion for truth in this industry and that steely texture is the voice that comes through sometimes as caustic, sometimes as vainglory.

But I’m not arrogant; I know I’m flawed and I know the possibility of being wrong or mistaken is tucked between every cushion of the couch. We learn new things every day that cast shadows over what, even yesterday, were a sparkling gem of truth.

It’s my job to temper the avalanche of facts, keeping a century worth of research, results and speculation in perspective as I brace myself for the burden of changing the nature of deluge from destructive to constructive. This doesn’t leave much time for social-butterflying, like surfing the forums, being everybody’s bro; which is only a problem when it comes to my own forums.

It’s like I’ve thrown a party and didn’t show up. Again, I seem like an aloof ass. That’s not entirely true, however. In graduate school, I threw parties all the time because I know the value of community and camaraderie, of knowing those with whom you share the front lines, and I know this despite my hermit-like behavior.

But even at my own parties, I was the guy in the corner, on a chair working equations in my head because there was that one detail that I missed, something I knew would tie it all together for me. Social interactions always came second to intellectual puzzles.

As the years progressed and I had more answers and fewer questions, I joined the festivities a bit more each time, but ideas and problems always burdened my thoughts. I could never fully engage. I know that at this party—the Body.io forums—it’s critical that I participate, as I’m the one who’s organizing the games. I’m looking into a way to facilitate these interactions that will give me the time for meaningful, helpful responses to those who need, want and deserve it. Believe me, I may seem like an aloof ass, but I also feel like one because I never seem to find the time to join in.

That doesn’t mean I’m turning over a new leaf, making an I-promise-to-be-cuddly New Year’s resolution. I’m trying to become more involved, not trying to be nicer.

If you come at me guns blazing, I’m going to return fire. In this industry, it’s become commonplace to show up on sites, throw around some I’m-smarter-than-you comments and walk off beating your chest because most writers try diplomacy, respectfulness and carefully crafted response so as not to hurt feelings or sales. I understand this approach and I use it when there’s value, when I can tell that the statement probably reads worse than the commenter intended.

When someone kicks in my front door, however, and tells me I’m stupid, my work is crap or that I’m a horrible person who corrupts children because I typed the word fuck (crap, did it again: another angel probably just lost its wings), I’m not going to spare anyone the bite of a cold, honest response. Truth is venomous to those living a surreal existence of self-adulation and self-righteousness. If you have these problems, you probably shouldn’t hang out here.

It’s not easy being a hermit-scientist in this industry. One day I may snap, found weeks later catatonic, staring at the walls covered in equations containing strange variables that bear a striking resemblance to Hello Kitty. Conversely, maybe I’ll learn to embrace this new tribe, as it were, accept the position as chief or medicine man or what have you and storm the world once we are legion. Or maybe I can achieve the stable-equilibrium of a real scientist: the guy in the middle of the room who listens, interjects when necessary, encourages when possible and smiles when his help is no longer needed.